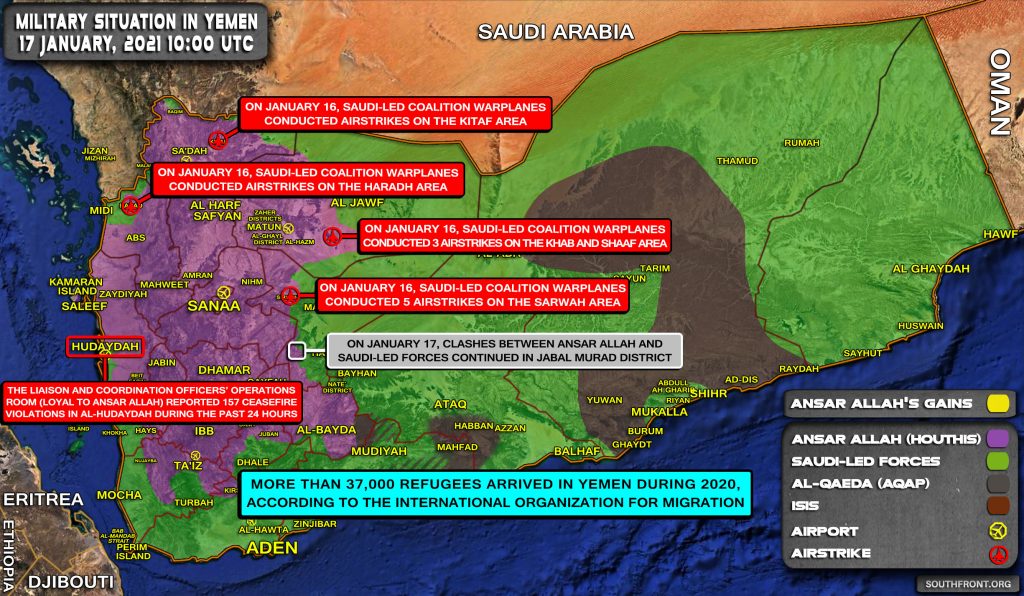 Saudi Arabia cannot expect to stay safe as long as it continues its aggression against Yemen, Sharaf Abdullah, the Foreign Minister Hisham of the Houthi-led Yemeni government said.

“If Yemen is denied its safety, Saudi Arabia cannot stay safe as an aggressor either,” Yemen’s Saba Net news agency quoted the foreign minister as saying on January 17 .

“Those, who mobilize their militants towards Yemen with the goal of causing death and destroying its cities and villages, cannot expect us to respond by waving at them and sending them flowers and peace doves.”

Saudi Arabia and its allies invaded Yemen in March 2015 seeking to defeat the Houthis and bring the pro-Saudi government back to power. Since then, the Saudi-led coalition has de-facto collapsed under the pressure of internal contradictions and the military part of the campaign has failed. Coalition-led forces did not even capture the Yemeni capital, Sanaa. The Houthis and their allies have been slowly but steadily winning the war.

This is actully what the Coalition wants to ignite it’s population and the terror list expands and gather more cannon fodder even outsiders it will attract them. there is no way out of this for the houthis

Down with House Harkonnen!

If only Yemen had giant worms to eat Saudi tanks xD

Oh they do, look at this giant worm right here:

The Saudis will have a terrible 2021 as Ansarallah now have loitering munitions.

Moreover, the terrorist designation by the US will result in further radicalisation of the Yemeni people, driving new recruits to Ansar Allah.