On January 26, the Houthis repelled a new attack by forces loyal to Saudi-backed Yemeni President Abdrabbuh Mansur Hadi around the town of Yakhtul in the southwestern province of Tazi, according to the Yemeni al-Masirah TV. The media outlet said that Houthis fighters destroyed 17 vehicles of pro-Hadi forces and the Saudi-led coalition while repelling the attack.

Earlier, Yemeni sources reported that the Houthis destroyed 5 vehicles of the Saudi-led coalition and killed several pro-Hadi fighters also around the town of Yakhtul.

Meanwhile, pro-Hadi forces captured several positions of the Houthis in the areas of Zunuj, al-Arba’yn and on Wa’sh Mount in near the city of Taiz, according to the UAE-based al-Arabiya TV. Pro-Hadi fighters reportedly killed 14 members of the Houthis.

Saudi-led coalition warplanes also conducted a series of airstrikes against the Houthis’ positions around Taiz supporting the offensive, according to Yemeni sources.

Nobody defeats the flip-flop army, and damn sure not on their home turf.

Maybe the Saudis/UAE are confused about the ‘mountain’ part. KSA/UAE: please note the brown shaded areas in North Yemen. Those are mountains, specifically, the Houthi’s mountains. Tip: You (and your mercs) will most certainly die if you go there. The Houthis don’t like you very much. Actually, nobody likes you very much. 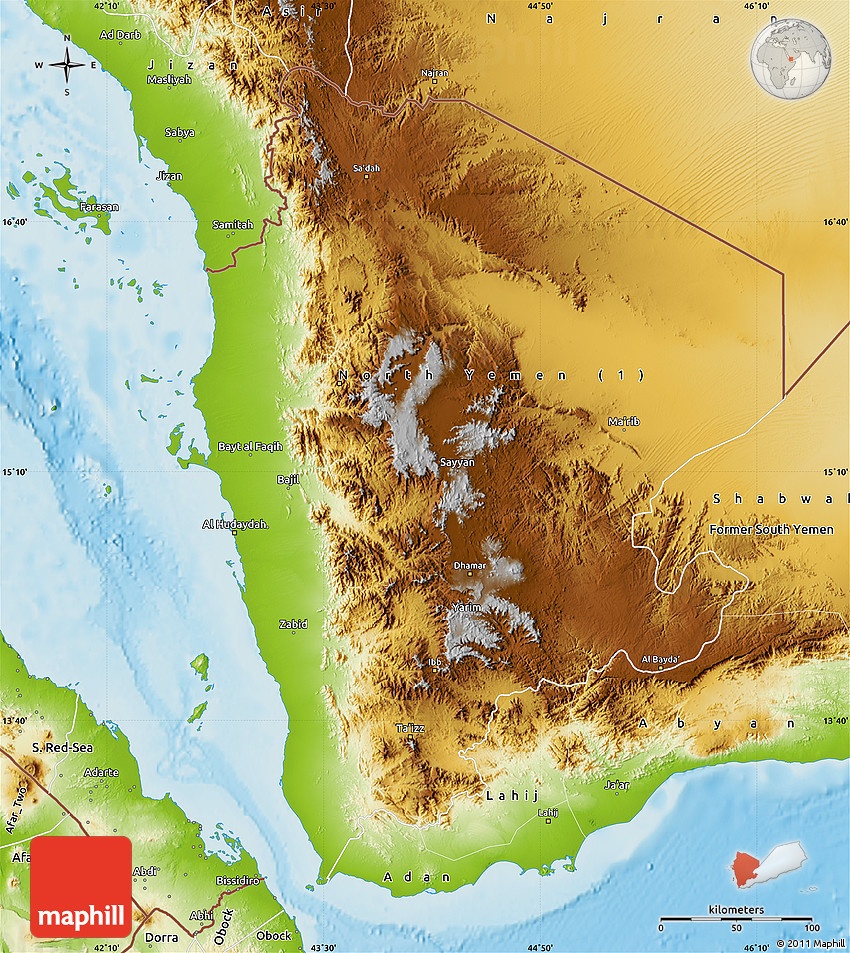 SF readers might note the mountains continue north into Saudi Arabia. Which may help explain this uncomfortable fact for the Saudis:
https://twitter.com/Spy_Stations/status/956990584417288193

Southfront, one thing. This is a act of agression and War on Yemen, not some sporadic shooting between two villages.
Why don’t you just call it by its name and not mingle around with that, Hadi, Houtis stuff?
This is clear War on Yemen, led by Saudi Arabia. Period.

The Saudi led coalition’s genocide against the people of N Yemen sounds about right to me.
But people can identify a cause to believe in with the brave Houthi fighters.

All this bs of Saudi coalition and revolt against old regime needs to stop, this is a blatant invasion, the purpose of is to place Yemen under the control of a bunch of overly rich and decadent Saudi Royal family.
It’s Royal tactic is genocide, and no amount of bald face lies of US and Euros that are making billions by sale of weapons and paid advisors to UAE and Saudi’s should be allowed in print.
The F’n “Truth” is powerfull, and playing semantics is cowardly and BELITTLES those barefzzoot and impoverished people’s lives and ideals of self determination.
Just once I wish some nations Representative at U.N. get a set of balls and call them White mans, rich mans ads kissing representatives out for what they realy are.
THEY are lower in character than the deepest piles of whales shit.