On March 23, the Houthis media wing released a video showing the moment a US-made MQ-1 unnamed aerial vehicle (UAV) was hit over the Yemeni capital of Sanaa a day earlier.

In the video gun, an explosion can be seen, which confirms that the Houthis used a missile to shot down the UAV and not a heavy anti-aircraft machine

The Houthis are known for possessing several types of man-portable air-defense systems (MANPADS). However, UAVs like the MQ-1 usually flight at an altitude higher than the range of such portable systems.

This means that the Yemen rebel group may have used one of its secret weapons, modified air-to-air missiles. More than a year ago, the Saudi-led coalition revealed that the Houthis are turning missiles of this type, such as the Soviet-made R-27T and R-73E, into ground-to-air missiles. 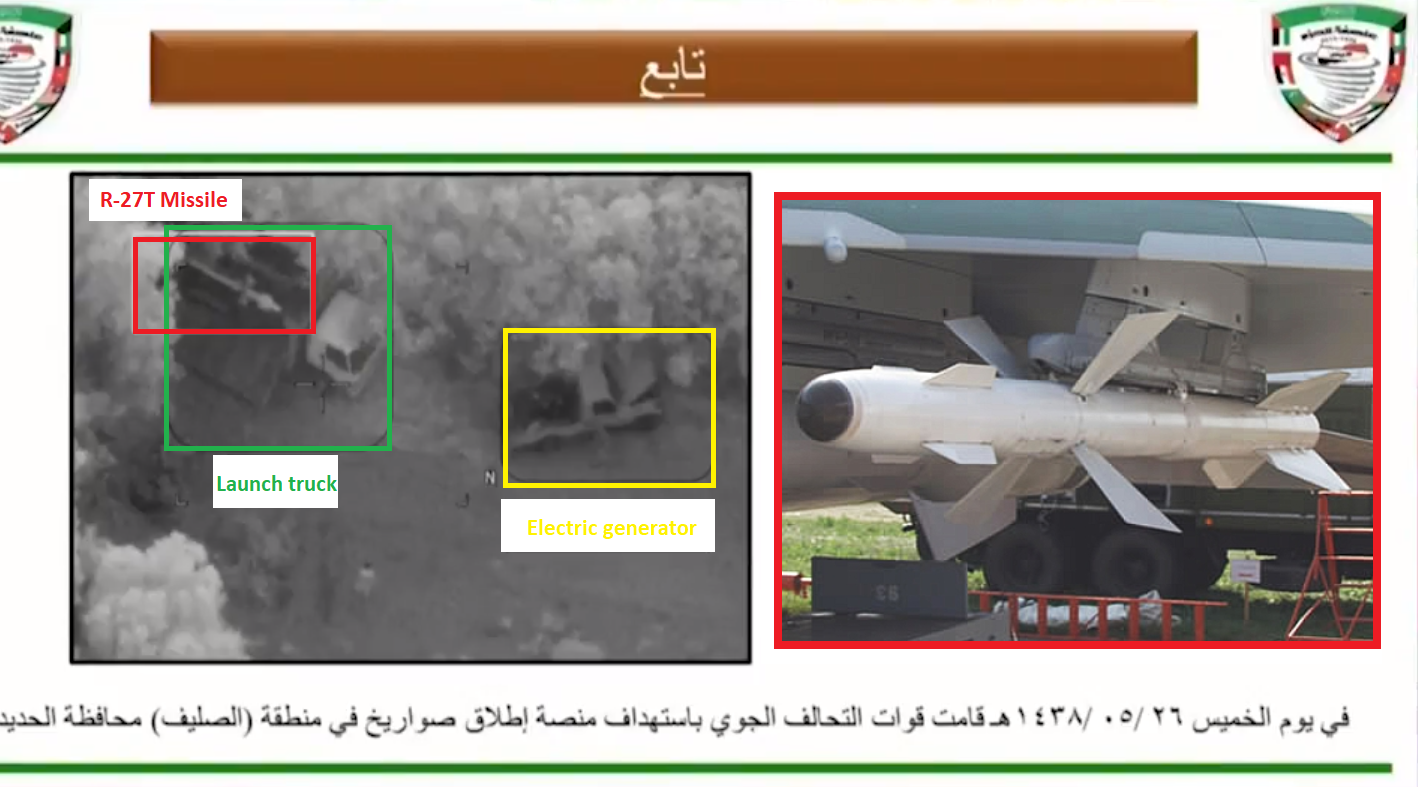 On October of 2017, an U.S.Q-9 Reaper unmanned combat aerial vehicle (UCAV) was shoot down over Saana by the Houthis using a modified air-to-air missile.

The Houthis usually use thermal imaging systems to detect and track Saudi-led coalition warplanes before targeting them with their modified missiles. One of the systems used for this purpose is the Flir Systems ULTRA 8500, which was seen with the group in 2017. 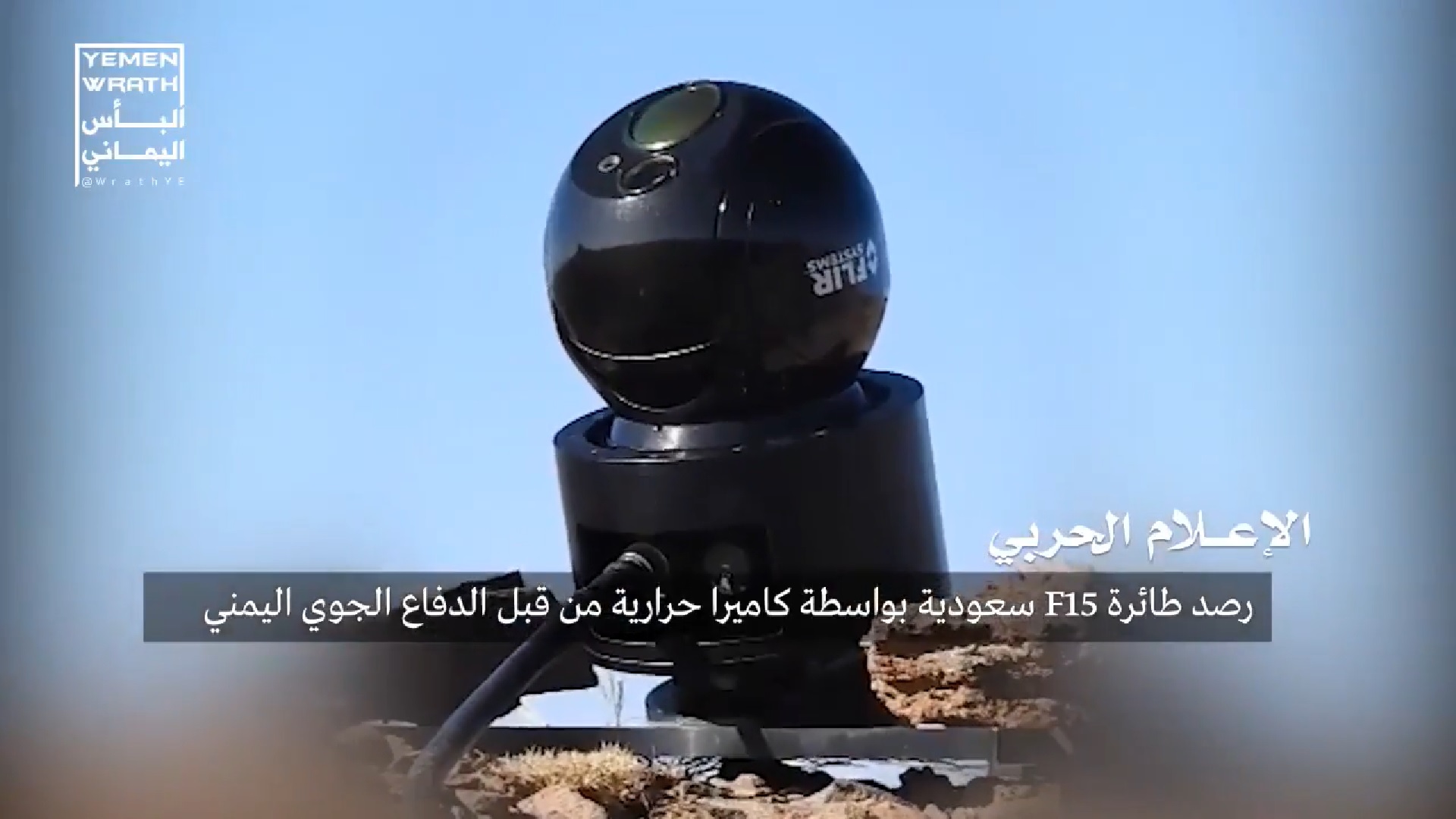 Over the last year, the Saudi-led coalition claimed on several occasions that it had damaged the Houthis’ air defense capabilities. The MQ-1 incident proves that all of these claims were false.

If they did hit a UAV; Good job guys!

ok next time we tell them just for you to use night vision super high definition cameras and get the action from several angles with a time stamp on the film, happy now? Already the request is send in.

Just Because the houthis are the good guys does not mean they cant “boost”, in lack of a better word, a video or photo.

So many scream and yell “fake” if the video was shot from the Western side, but as soon as its from the good side, everything is automatically 100% genuine, come on, they have a pr/propaganda machine as well.

maybe you should relax and stop fantasize. They shown also the UAV they shot down, before they release the video, so put the dots together and I have no reason to relax or other wise, as I am seating in the comfort of my house and follow the events, just like you do.

I aint fantasizing, im just so used to propaganda, lies, false flags, deceipts and so on, that i take nothing at all for granted, no matter what side they are comming from.

I agree with what you saying about the propaganda. But understand also this, not all are like the western sub humans and their degenerated mind sets.

As anyone familiar with the region knows that the Yemenis are very hard working and ingenious people and before the Saudi cowards attacked them in order to a delusional Americunt and Zionist quest to turn Yemen into a colony, the Yemenis were the backbone of the Saudi lazy arseholes economy and military. Now every Yemeni, of any persuasion hates the Saudi child killing cowards and their Americunt masters. The Ansarollah now have a very strong engineering and technical calability are adapting to an ever evolving battlefield. They have figured out how to defeat the Saudis and their mercenaries via different tactics. They are now manufacturing a range of ATGM’s and SSM and soon the Saudi scum will face many surprises and Sudan as even turned on them. Before the Sudanese mercenaries withdrew they left a lot of weapons with the Yemenis, just like the Shah’s military did in Lebanon in 1978, when an Iranian battalion was attached to UNIFIL in South Lebanon, Litani river. When the Iranian military units went back to Iran after the revolution, they left a large quantity of weapons with Imam Musa Sadr’s embryonic AMAL movement, the precursor to the now legendary Hezbollah. Yemen with a majority Shia population and brave battle hardened Ansarollah is no different. Why do think the fat pimp Pompeo is jumping up and down about Hezbollah with no avail.