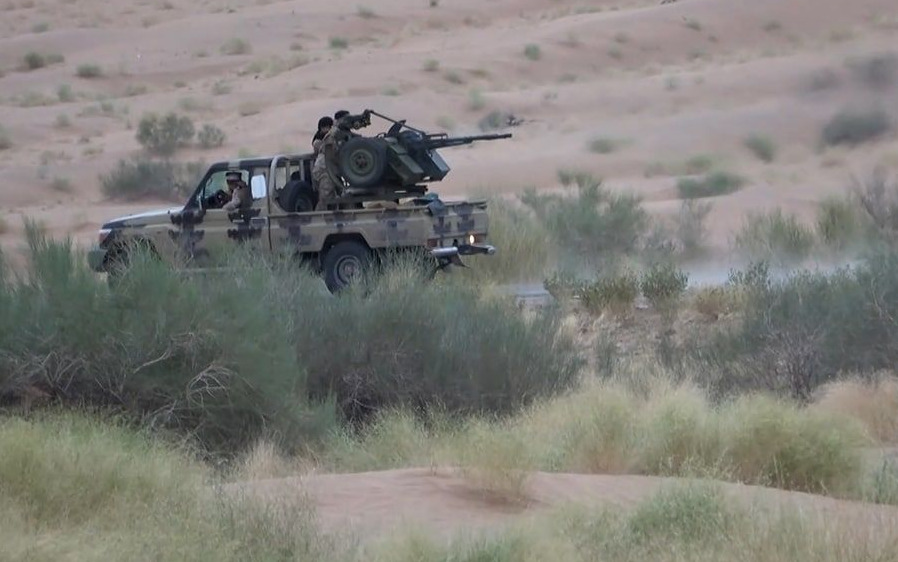 On October 24, the Houthis (Ansar Allah) shared combat footage and new details from their most recent operation against Saudi-backed forces in the central Yemen provinces of Shabwah and Ma’rib.

At a press conference, Brig. Gen. Yahya Sari, a spokesman for the Houthis, said that 550 Saudi-backed fighters were killed, 1,200 were wounded and 90 others were captured in the course of the operation.

Some of the slain fighters were allegedly members of al-Qaeda and ISIS cells in Shabwah and Ma’rib, who have been receiving support from the Saudi-led coalition, according to Brig. Gen. Sari.

Saudi-led coalition warplanes carried out more than 705 airstrikes on Shabwah and Ma’rib in order to stop the Houthis. However, the airstrikes were not effective.

The Houthi’s air-defense forces carried out 296 engagements and managed to shot down four drones of the Saudi-led coalition, two Boeing Insitu ScanEagle 2, a CASC Rainbow and a CAIG Wing Loong.

Operation Spring of Victory was a major blow to the Saudi-led coalition and its Yemen proxies, who have been attempted to stop the Houthis’ advance in Ma’rib for more than seven months now, to no avail.

The Houthis want to capture Ma’rib city and nearby oil fields. This could happen before the end of this year. Houthi fighters are already on the western outskirts of the city.

Impressive from the Houthi soldiers. True patriots of Yemen.

There should be an official BDS movement for the wahhabi lunatics if it does not already exist.