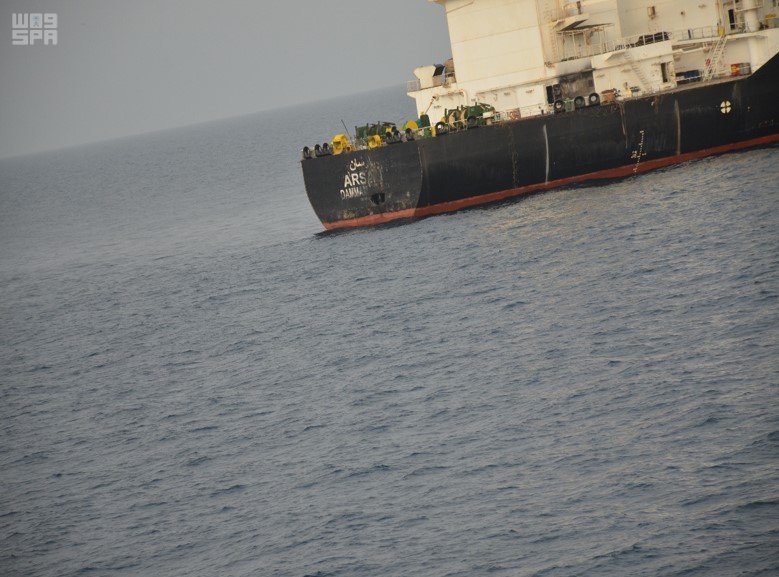 The Saudi tanker Arsan was recently attacked by the Houthis

Saba news agency reported the Houthi leader’s statement: “We declare our initiative to halt naval military operations for a specific period and it could be extended and include all battle fronts on the ground if this move is reciprocated by the leadership of the coalition.”

A statement from the Houthi-controlled defense ministry announced that the movement was pausing all maritime operations for two weeks, starting at midnight, August 1st, as cited by Reuters.

An unnamed defense ministry official, cited by Reuters said: “We welcome any initiative to spare bloodshed and stop aggression against Yemen.”

The Houthi leader said the group’s initiative are aimed to support efforts to find a political solution to the conflict. However, a report by Stratfor claims that the Houthis are most likely offering to stop the aggression in the Red Sea in order to stop the Saudi-led coalition from gathering more international support, which would allow for a harder attack. It is also in the Houthis’ interest to move into negotiations while still holding strategic positions such as Hudaydah and Sana’a.

On July 25th, the Saudi government announced the closing of the Bab el-Mandeb for oil shipments after the Houthis reportedly attacked two crude oil carriers. The Houthi, however, reported through al-Masirah that they attacked two military vessels. The Houthi have also threatened to block Bab el-Mandeb, claiming on July 26th that they possessed the naval capability to hit Saudi ports and other Red Sea Targets.

On June 13th, The Saudi-led coalition began operation Golden Victory which aimed the quick capture of the port city of Hudaydah. However, they are yet to have any significant success in the offensive. Hudaydah is the main port of Yemen and it is believed that around 8.4 million people are at risk of starvation within it, due to the Saudi-coalition aerial and maritime blockade.

UN Special Envoy Martin Griffiths who is tasked with mediating the peace negotiations between the Houthis and the Saudi-led coalition has found no success in his continuing attempts to establish a dialogue between the sides. He has attempted to avert a coalition assault on Hudaydah, because the UN has expressed concerns of a famine in case of an attack.

On July 24th, Yemeni foreign minister Khaled Al Yemany was cited by the National as warning Martin Griffiths that the Houthis are trying to buy time in the UN peace negotiations. According to him, the Houthis are attempting entrench Hudaydah and force the Saudi-coalition in urban warfare. For peace to come, the Saudi-led coalition has called for the Houthis to completely withdraw all of their forces from Hudaydah. However, the Houthis only offer to hand the operation to the facility to the UN under their supervision. This has been rejected by the coalition officials who say that a full withdrawal is a prerequisite for ceasefire and peace talks.

They offers nothing but lie.

Ok so the houthis kick the coalition’s ass, yet they demand that the houthis retreat/surrender?