On July 14, the Yemeni Missiles Forces [loyal to the Houthis] announced that it had launched a new short range “ballistic missile” at military camp of the Saudi Arabian National Guard (SANG) in the southern Saudi province of Najran.

Later, a spokesman of the Saudi-led coalition, Colonel Turki Al-Malaki, said that the Royal Saudi Air Defense Force (RSAD) tracked and intercepted a “ballistic missile” of the Houthis over Najran. According to Col. al-Malaki, the missile was launched from the northern Yemeni province of Saada.

“The missile was launched deliberately to target densely populated areas. The Royal Saudi Air Defense Forces managed to intercept and destroy it, resulting in the fall of fragments throughout some residential areas and no damage was caused,” the Saudi Press Agency (SPA) quoted Col. al-Malaki as saying.

The Saudi-led coalition will likely respond to this new missile attack with a series of heavy airstrikes on the Houthis’ positions in Saada, as it did many times before.

“Bader-1 ballistic missile? No… nothing in stock at the moment, but I have most of the parts. Come back this evening. Bring a big truck – it’s heavy. Need liquid fuel for it, too? I know a guy…” 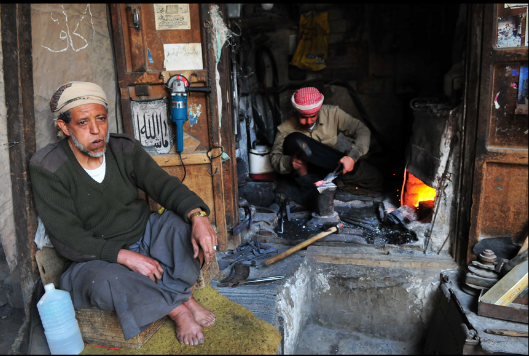 The missile was launched deliberately to target densely populated areas.

Who air stroked on funerals, weddings, on children in schools, on hospitals, residences, on Mosques, and on civilians gatherings etc. in Yemen? The Saudis, US, Israelis and their allies. God protect all Muslims from fake Saudi Muslims.

they have joined the jew satanists…….and thee father of the jews is thee father of all lies, satan arihman…they know of no love or forggiveness or truth but only hatred and death and lies

Hit those Zionist American Saud Murderers, Rapists, Rogues with everything you have.