On May 19, the Yemeni Missiles Force [loyal to the Houthis] announced that it had targeted a key radar base of the Saudi Army in the southern Saudi province of Asir with a Badir-1 “ballistic missile”. According to the Yemeni al-Masirah TV, the same radar base was targeted with a ballistic missile on April 7.

The Badir-1, which was first revealed on March 22, is in fact a locally-made copy of the Iranian-made solid fuel artillery rocket, Fajir-3. The Yemeni Missiles Force claims that Badir-1 is very accurate and its speed is up to 4,5 Mach.

Meanwhile, a spokesman for the Saudi-led coalition, Colonel Turki al-Malki announced that the Royal Saudi Air Defense Force (RSDF) had successfully intercepted the Yemeni rocket with its Patriot surface-to-air missile systems over the northern Yemeni province of Saada, south of Asir province.

Col. al-Malki also revealed that the RSDF detected the launch of a second rocket that eventually fell in an empty desert in southern Saudi Arabia.

During the last two months, the Yemeni Missiles Force launched dozens of Badir-1 rockets and ballistic missiles at several oil facilities and military bases in southern Saudi Arabia. According to observers, these attacks confirm that the Houthis are now producing missile in larger quantities.

Yarmuk SURRENDERED! Another great and glorious victory for Syria!

Well done.
I support Taliban in Afghanistan,
Hamas in Palestine,
SAA in Syria,
Houthis in Yemen.
LNA in Iraq. They all fight free for their lands and sovereignty against child butchers KSA, US, UK, France and against their puppets…..

You support anyone who hates the people around you, got it.

In the 1980’s the US, Saudi and Pakistani leadership’s and their respective intelligence agencies spent a vast amount of resources recruiting, transporting, training, arming and sponsoring Sunni Islamist’s – from Afghanistan, Pakistan and across wider Muslim world – to fight against Soviets in Afghanistan. That international US-Saudi-Pakistani network produced, of course, al-Quieda (‘The Base’) and the Taliban, but it equally produced masses of Islamic fundamentalist madrases from central to sub-continental Asia that still operate today. Has it never occurred to you to join the dots? 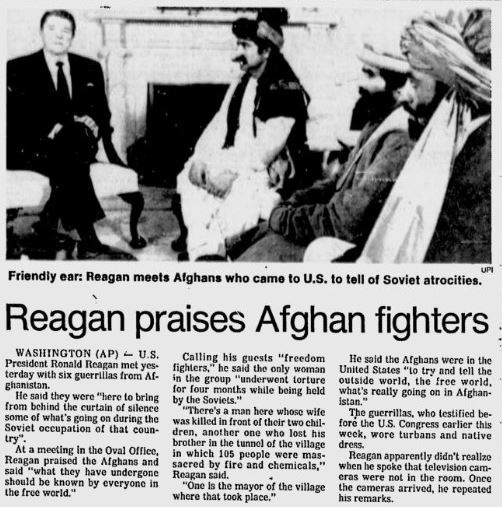 Taliban were the gang of bin laden who threw acid into the students’ faces. Human scum.

Bin Laden was the puppet of US CIA. Taliban also but when somebody goes against America then America don’t like them and call them enemy terrorist.

I would think that they would be more concerned with immediate targets, like recapturing Taiz. For all their innovation they certainly lack coordination.