The Houthis have launched a Badr-1 missile at a military base in the Saudi province of Jizan on May 11 evening, Yemen’s official Saba news agency reported citing a military source.

According to the report, the missile was launched at the al-Darb military camp and successfully hit the designated target. There were no immidiate reports about casualties or inflicted damage.

According to pro-Saudi sources, the missile was intercepted.

However, the both sides failed to provide any photo or video evidence to confirm their claims.

Excellent, keep up the good work. The Houthis are fully in their right to defend their country against the illegal war launched by the Wahhabi head & limb choppers.

1000 missile attacks per week on Saudi Arabia would be rather good :) 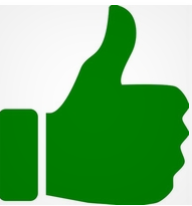 I don’t believe this. I think that it is propagenda so that Saudi Arabia can keep their anti-Iran propagenda.

Houthis are loosing on the ground.

These so-called missile attacks are part of the US-SA propagenda.

Even if in theory the Sauds and their Gulf lackeys marched in to Sana, it ain’t over, because then they would have to deal with an ungovernable insurgency. Hadi will be ruling nothing and the bleeding of Saudi and Gulf treasure would continue.

Does anyone really think that either side is going to win by doing the same thing over and over?

No, but I will, as every patriotic American should, by god cheer every action by the Houthis against the subhuman dogs in Saudi Arabia.

They did 9/11 (with some degree of collusion from Israel)- now they get theirs.

Your pathetic, hundreds of billion poured to your Saudi military and you can’t achieve victory or come close to it, and yet you think you are an expert in such matters. Saudi idiot.