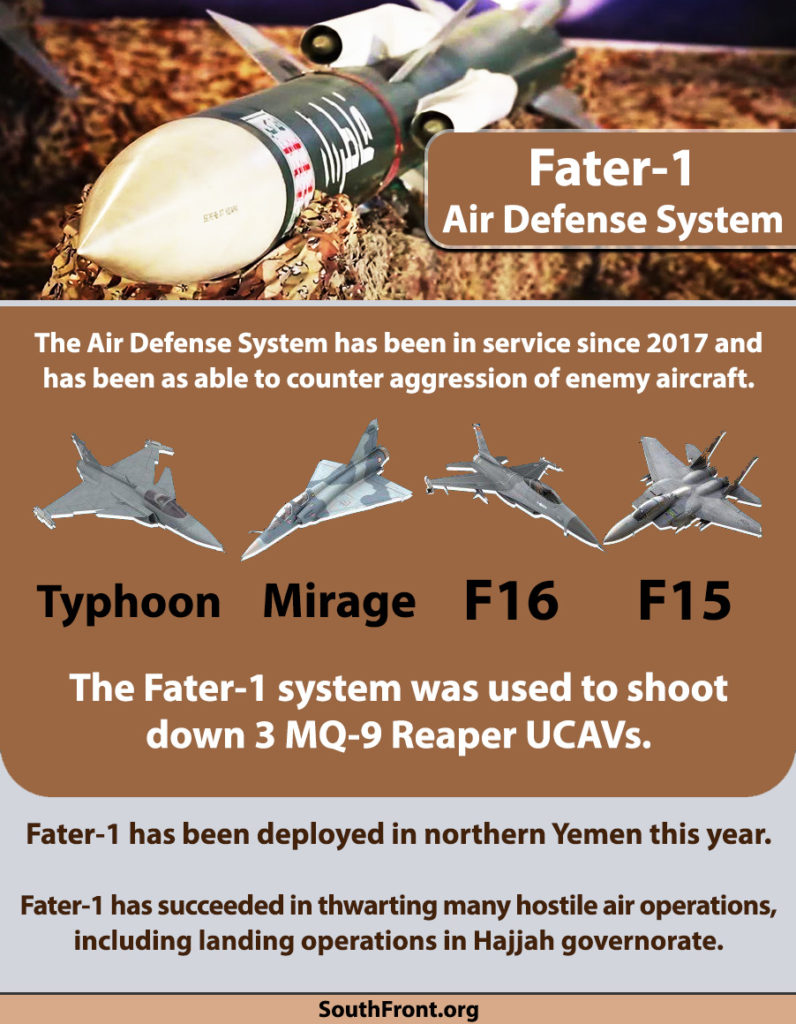 On August 24, the Houthis unveiled on August 24 two air-defense systems, which have been secretly in service with their air-defense units since 2017. Brig. Gen. Yahya Sari, a spokesman for the Houthis, said that the two systems, dubbed the Fatir-1 and the Thaqib-1, were used against many warplanes and drones of the Saudi-led coalition and even the U.S. military.

The Fatir-1 missile was identified as a modified copy of the semi-active radar (SAR) guided 9M336, the standard armament of the well-known Soviet SA-6 “Gainful” air-defense system. The SA-6 system has a range of 25km and engagement altitude of up to 8km. The Houthis likely obtained the system from the stockpiles of the former Yemeni Air Defense Force.