On June 16, several armed unmanned aerial vehicles (UAVs) of the Yemeni Air Force (YAF) [loyal to the Houthis] targeted Saudi-led coalition vehicles and personnel along the western coast of Yemen, according to the Yemeni al-Masirah TV. The YAF said that several fighters of the coalition were killed in the UAVs airstrikes.

This was the first time when the Houthis and their allies used armed UAVs to attack the vehicles and personnel of the Saudi-led coalition. Usually, such UAVs are used to strike the coalition airbases, air defense systems and headquarters. In a related development, the media wing of the Houthis announced that clashes between Houthi fighters and the Saudi-led coalition are still ongoing along the western Yemeni coast. The media wing claimed that coalition troops are still besieged south of the city of al-Hudaydah by the Houthis.

Reportedly, Houthi fighters killed more than 50 Saudi-backed fighters and destroyed 13 vehicles of the Saudi-led coalition during the ongoing clashes along the western coast of Yemen.

Earlier, Saudi-led coalition sources claimed that it had imposed its control over the airport of al-Hudaydah. However, until now the Houthis insist that large parts of the airport are still under their control. The upcoming hours will likely be decisive for the fate of the airport and al-Hudaydah as a whole.

This article rings more true then gulf state propaganda. The map, if accurate, shows clearly the airport has not been taken as of the 16th.

Yes, I read it. Bang on the money!

sometimes taking an area and holding it is another issue all together. I am sure the houthis will find a way to eliminate the SA and allies one way or another.

It is even better than that. See my latest comment above.

Based on my review of the reporting over the past 24 hours from many sources, I can report the following:

The gulf state propaganda has declared the airport taken by the courageous and victorious coalition. As expected, MSM cheerleaders report this news without question.

Capture of the airport was soon followed by more good news with reports that the fearless coalition has seized the entrance gate to the airport and are on the verge of ‘liberating’ the entire airport from what is left of the shattered Houthi defenders – who in their insolence pointed out the photo of the gate released by the coalition is the gate to a residence many kilometres south of the airport.

Soon after the annoying and slightly ambarrasing Houthi revelations, new improved reports of coalition progress emerged with the announcement that the coalition was closing in on the airport with the expectation Houthi resistance will quickly crumble and the airport will (once again) be ‘liberated’. The MSM dutifully report these important developments with most of the public not noticing that the coalition has inverted time itself – a miracle. The coalition must be truly blessed.

Some time later and still no coalition advance. Instead, the shattered and demoralized Houthis somehow attack cutting off the advanced position of the coalition such that Houthis surround them on three sides and the other being the Red Sea. The now beleaguered but still glorious coalition forces in the pocket hugging the shorline call,out to the fearless coalition forces to come forth and show who’s boss. Silence. They then call on the glorious coalition navy bravely hiding far out to sea after one of their ships got blown up (this has been confirmed) – please come and save us. The coalition navy promises to help as soon as their naval uniforms are laundered as they all became soiled during the aborted amphibious assault.

LOL!! Must piss them off, that nobody with a body temp is buying it!!! Good comment!

Pissed them off is right, literally! I added meaning of golden showers for those unaware lol.

Pretty self explanatory, really. Was already saying it to myself just before reading it in your very appropriate comments.

Still the Houthis are in dire need, they are losing approximately 100 fighters a day by air raids and shellings. On the other hand the Houthis can’t afford to capitulate or negotiate a truce, the Sauds would erase the whole Houthi population by starvation and ethnic cleansing. The Sauds have made clear that they want to see all Houthis gone, deported or dead.

The conflict in Yemen clearly shows, that every “poor” country out there needs some low-tec air defenses, something like a shoulder launched fire-and-forget missile with a range of 20-30 km (yes I know it will become too heavy for one person), a low-tec Panzir or a cheap BUK system (which can be fired without a guiding radar). It wouldn’t be about precision or distinguishing civilian/military planes, it would be used in situations where your “offcial” air defences would have been completely overrun by hostile forces, which means that almost any plane flying over you would be a hostile military target.

I wonder how many nations want to buy or are already buying Pantsir systems from Russia, it must be a serious bestseller, even if the Russians probably will need years to fulfill all orders.

You said it well – the Houthis cannot capitulate as they know what would be in store for them if they did. Similar situation in WWII. Russians knew the German intentions if they achieved victory. The Russian were not going to let that happen no matter the cost, and the cost was very high.

The Houthis will persevere even if casualties are higher then you say, they will recruit more to fight the hated foreign invaders. The Houthis would need only to hang on and wear down the enemy in a war of attrition until the coalition gave up as was the case in Afghanistan, Vietnam, etc. But the Houthis are giving the coalition a real fight and I doubt the coalition will be able to win this.

I am curious where you got the casualty figures. Be aware there is a lot of disinfo out there.

Do not worry about man power. They must wipe out the whole country to make that a issue.
I worry about the people. The war will not be lost by Yemen but the Saudi’s make as much desctructions and losses as possible in every way, with the eyes on the future. The are afraid but the Saudis are falling , the US Zionist empire as well. It is a process. The true enemies of the global cancer are the Shia, The Shia are still rising though, in Iraq, Iran, Syria, Lebanon, Nigeria, Bahrain ,Yemen. They are in control now or under way to gain that. The saudi’s / israelis/ zionists are losing and failing plot after plot.

hahahaha i love it

Is it ever possible that you could become the Yemeni Correspondent for our major Media outlets?? Do they even know where Yemen is on maps of the World? I very much doubt that they do!!

Of course they do. Yemen is a nutritious Japanese noodle dish.

The brave Houthis took a page out of the Hezbollah war tactic: let the enemy advance towards you, filling them thus with false hope, lie in wait for them then boom-boom-boom: surprise!

What the Greek army did to the much richer ,better -resourced ,larger Italian army in WWII.priceless!

Victory to the Yemeni resistance, crush the Zio-Wahhabi invaders!

No one can fight GOD Almighty…No One……
The Truth is Never in the Wildest Dreams will the Scum [USG] & All its BS
will never beat the Resistance (((((((9.0)))))))
ISISraHELL Is going down 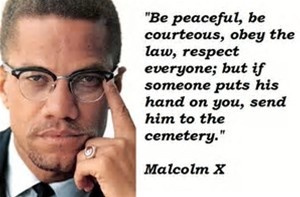