The Houthis carried out another successful large-scale attack on the Saudi-led coalition in the Kingdom’s southern province of Najran on June 6.

A video released by the Yemen group’s media wing shows Houthi fighters destroying a military truck and a position of coalition forces with anti-tank guided missiles (ATGMs). The Houthis can be also seen burning two LAV-25 infantry fighting vehicles (IFVs) inside a position of the Saudi Arabia National Guard (SANG). 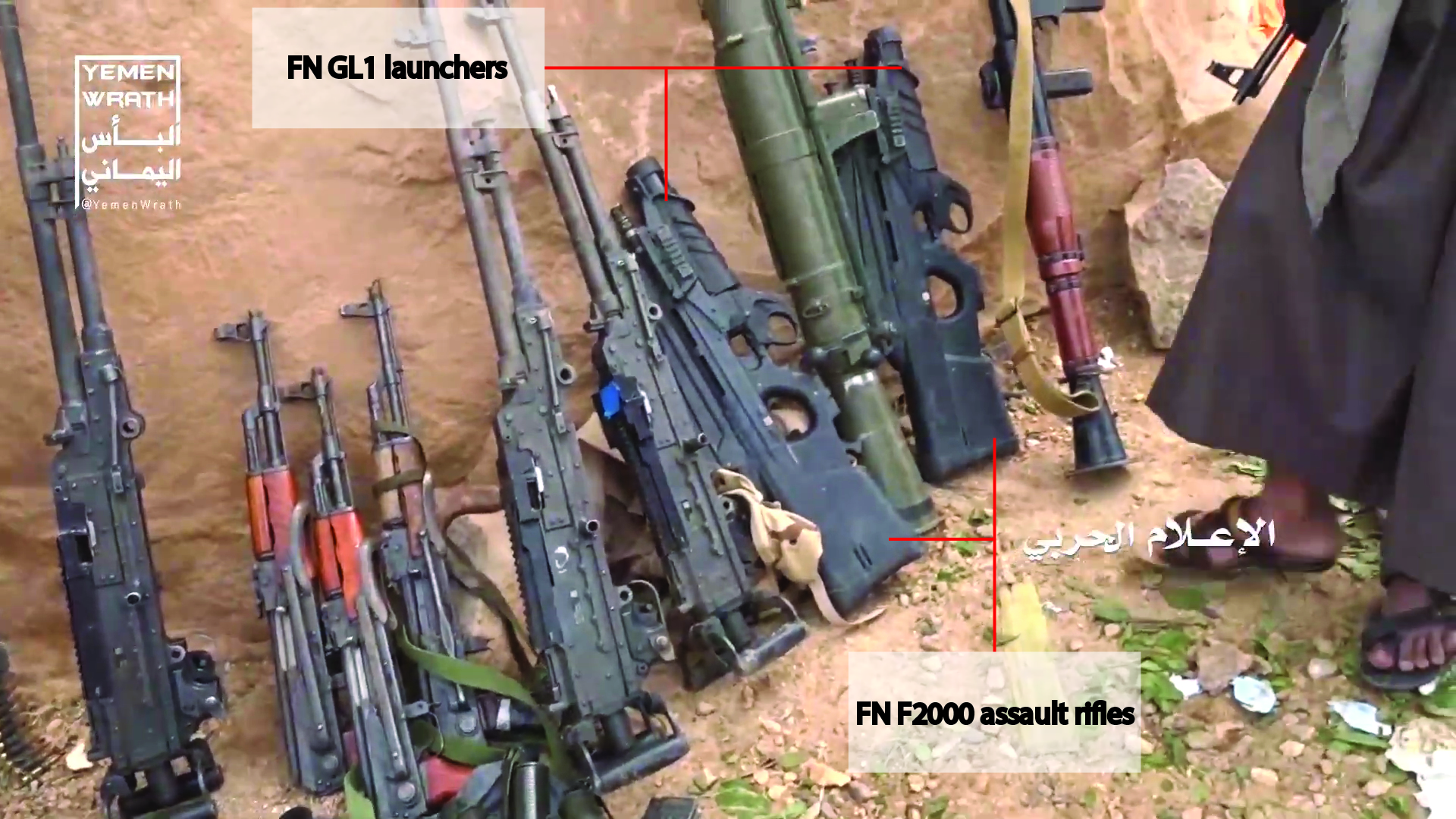 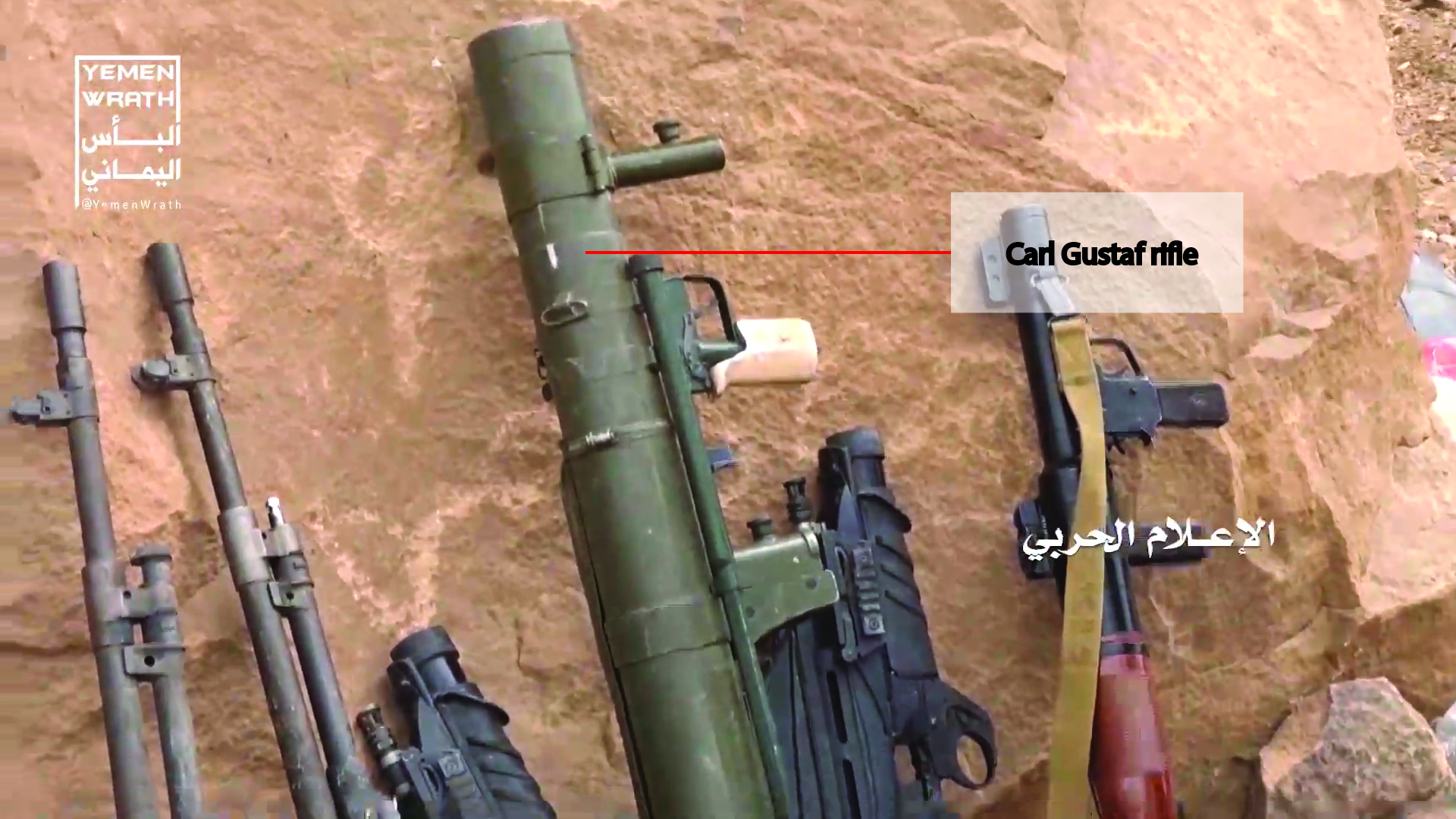 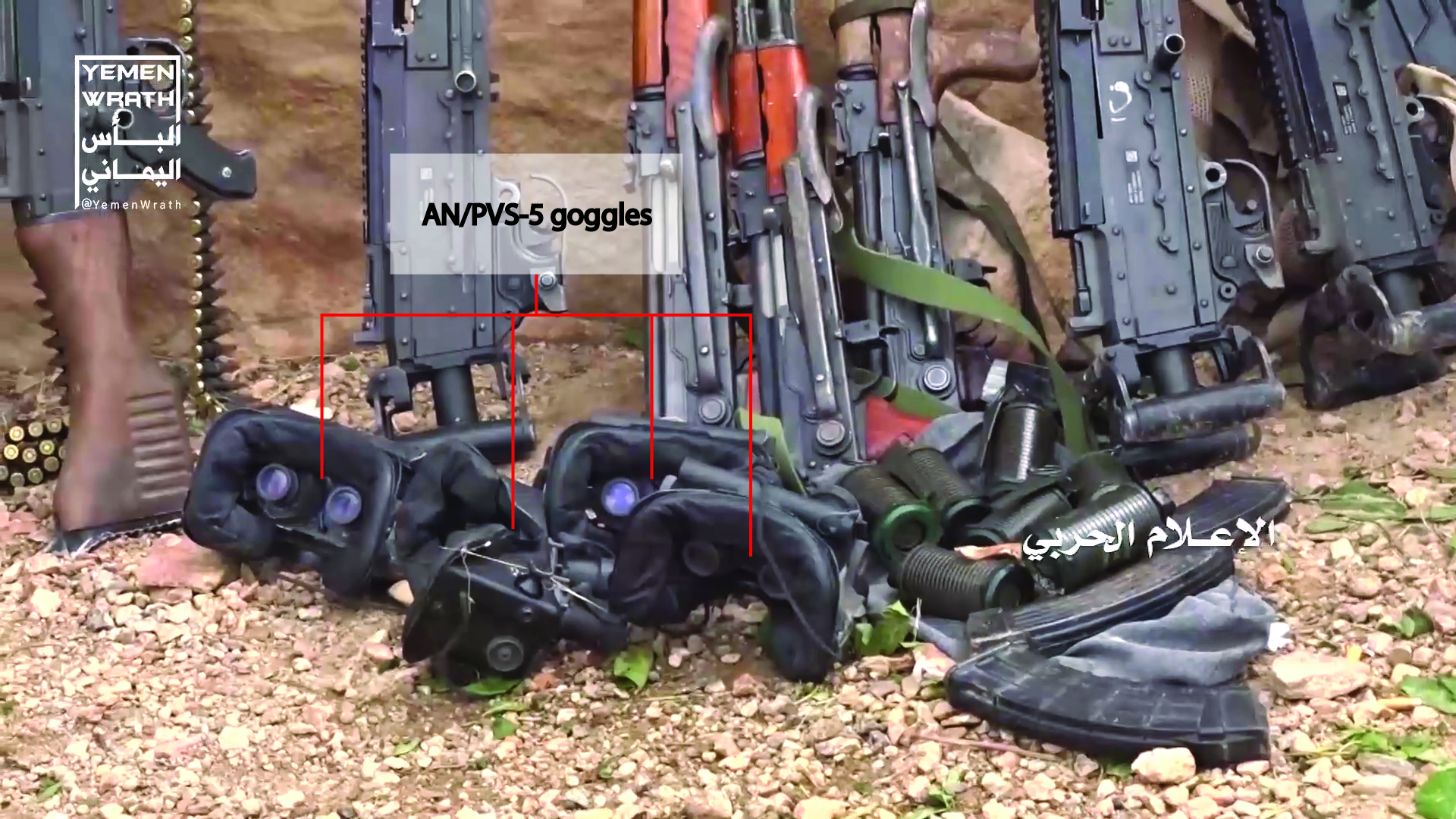 A day earlier, the Houthis carried out two similar operations in Najran, during which several armored vehicles of the coalition were destroyed and many Saudi-backed Yemeni fighters were killed.

The Saudi-led coalition have been trying to secure the Kingdom’s border with Yemen for more than four years now.

The Saudi scum and their Americunt, limey and froggy masters are committing some of the worst war crimes in Yemen. They have deliberately targeted school children, school buses, schools hospitals, ports, shops, weddings, poor farmers markets and every aspect of Yemen’s civilian infrastructure to break the will of the Ansarallah and Yemenis, the result has been the opposite and Yemeni tribal system is based on revenge and every Yemeni death brings new recruits to the Ansarallah and allied Yemeni military. Yemen was already the Arab world’s poorest country and now the UN estimates that the Saudi scum and UAE pimps have destroyed over $100 billion in Yemeni civilian infrastructure. 90% of schools and hospitals have been deliberately destroyed by Americunt targeting info.

That is a more apt title for UAE, Kuwait and Bahrain and rest of the Persian Gulf puppet arselickers. The House of Saud is a complete street whore to the west and its Zionist masters.

Great job by those heroic brave fighters who only have a limited number of weapons, ammunition, armoured vehicles etc. and they can still resist to Saudi terrorists and their puppets.

The Houthis demonstrate how it is possible to successfully fight a modern army, airforce and navy, + satellite intelligence etc ,that is mirrored by the Taliban victories against all that NATO can muster.

Exactly the same as the Taliban in this point of history.

PS Unless of course their flip flops have magical powers !!!; just thinking of, well it…..

You could travel the globe ( with expenses naturally ) together with a golden casket containing a used pair of Houthi ‘FlipFlops’, with the help of a Shayman , our red indian friend would be ideal as he is a certified wanderer. :)

You could accept the offerings to the new religion of ‘Houthism’ , a religion of valour and justice.

Well, when I had them on after work in various Countries, Malaysia, Syria, Australia etc., I could feel the force within me; it made me strong and a true fighter; unfortunately the 6-ft 5 inches bouncers in all of those Countries must have worn two pairs !!.

Afghani Taliban have shown that if your intention is true and strong then God will be with you.

The Vietcong mastered that tactic against the French and US and her allies. Guerilla warfare; hit and run and destroy the supply lines.

These Ansarallah Yemeni tribals know every inch of the land as their ancestors have defeated every invader dating back to the Queen of Sheba. The Egyptian idiots learnt a very hard lesson in the 1960’s ill-fated invasion when they lost 60,000 dead and wounded, despite committing cowardly war crimes as usual, including pervasive use of gas and chemical weapons supplied by the west.

The Saudi scum are facing dire straits in Yemen and are now running to their Zionist masters to train Gurkhas and Colombian druggies to fight the canny brave Ansarallah. Even Zionist media has confirmed that Mossad and IDF criminals are training the Nepalese mercenaries who are paid a pauper’s blood money to die in Yemen for a lost cause.

In September, London-based Al-Khaleej Online published a long article about Israel’s involvement in training Colombian and Nepalese Gurkha combatants, who were recruited by the UAE for the war in Yemen. The report cites sources in a U.S. House Intelligence Committee who said the foreign fighers’ recruiter was Mohammed Dahlan, who was a member of Fatah’s central committee and head of intelligence in Gaza. Dahlan was ousted from Fatah in 2011 and later moved to the UAE, where he became the advisor of the crown prince and the liaison and mediator between the UAE security forces and Israel.

The Saudis have approached Israel for training the mercenaries in Negev and expedited training due to the urgent need for the cannon fodder recruited by the UAE and Saudis from the ever available stock in poor states, inspite of suffering heavy casualties. Many Sunni Yemenis have avoided joining the Saudi created puppet Hadi regimes army to fight the Houthi insurgents, they prefer to join the Ansarallah or Yemeni army allied to the Houthis. Another factor that is leading to lack of Yemeni tribal participation in the failing Saudi invasion is the poor wages. As a untrained recruit in Hadi’s puppet army earns some $100 a month on average, whereas a mercenary’s monthly wage is $350-$500 plus some $130 for every attack. Colombian combatants earn three or four times what they would make in their own army, while a Gurkha recruited by Mossad stations in India is paid around $200 a month.

It means they run away

The strength of Iran and Pakistan is not hidden. Both have similar weapons of powerful deference.

Others are medium and short range.

Iran also have similar missiles with same technology but with different names. Iran missiles ranges are from 60km to 12,000km.

Look at how the west europeans fucked up africa and asia. I only hope that they get a taste of their own medicine.

hope so too broseph

They also genocided countless with their crusades and the holocaust, whose death tolls may never be known.

US, UK, Canadian pimps, French and Germans are the main suppliers of weapons to the Saudi and Emirati whores, now the Zionists, Australia and other EU hypocrites are also selling anything they can at inflated prices. The Jew owned Canucks are selling totally junk LAV 25 APC at a cost of $ 4 million a piece and ripping off the dumbass Saudi whores, while the same and better quality one supplied to their US masters only costs $300,000. The Ansrallah have destroyed or captured almost 150 of this trash from the initial order of 250 and now the Saudi losers are buying another 200 to replace the losses.

what will finally break saudis neck?

Continued asymmetrical pressure in Yemen and inside Saudi Arabia by supporting the eastern provinces Shia minority. The Saudi budget is already in deficit and the price of oil is again hovering around $50 a barrel. The Saudi Forex reserves are dwindling and the local population is quite restless and that is the Al-Saud whore headchoppers are executing people left an right from Adnan Khashoggi to many dissidents. I met a Saudi grad student recently in Europe and he was talking about a growing internal opposition which is being suppressed by Americunt, French, UK and Zionist help with electronic surveillance and total police state tactics. The disaster in Yemen is being hidden from the average illiterate Wahhabi Bedouin.

why are they trying to suppress the opposition?

The al-Saud is a real family of whores installed by the British in an evil nexus with Wahhabi headchopper illiterate Bedouin regressive theocracy. In the age of the internet, the outside window is opening for the semi-literate Saudi, as Adnan Khashoggi symbolized. A few Saudi students have gone overseas and want a free country, interestingly Saudi women are leading the call for reform as they are treated worse than dogs, and can’t even drive or leave home without a male guardian.

For over 100 years, the British installed and American retained corrupt Saudi royal house was able to cope with considerable internal and external challenges, thanks to its ability to buy off in-bred senior princes and to moderate internal tension with the help of oil revenues and Wahhabi clerical institution. The accumulation of the challenges during a period of regional upheaval and historical internal changes, however, is liable to nurture processes that will eventually change the kingdom.

There is no way of predicting when, if at all, the turning point will come. Therefore, decision makers in Israel and the west are trying to forestall another Iran like revolution that will topple their client state and gas pump. Despite massive arrests and repression, particularly of the Shia, however, changes are underway in the rotten family run kingdom, which could also have consequences for the regional order in the Middle East and beyond. An insane crown prince MBS, has already usurped power by locking up his opponents, upsetting the internal al-Saud succession dynamics, initiating the costly and humiliating disaster in Yemen, also alienating traditional allies like Pakistan and Qatar while physically eliminating any dissident like Adnan Khashoggi in Turkey. The bloated and corrupt house of Saud is now totally reliant on Zionists and US for its survival.

Inshallah we see the downfall of them in our lifetime :)))

BE712
Reply to  Assad must stay (gr8rambino)

The Carl Gustaf recoilless rifle have been in service since 1948 and everybody uses it. Its not like they just sent a shipment to Saudi Arabia

Maybe the Houthis can give some lessons to the Syrian Arab tribes who seem to be quite complacent while their country is being invaded.

The Ansarallah have been on a roll and have moved further down towards Aden since this post. They also captured a major Saudi scums arms depot.

AnsarAllah captured a large number of guns and ammunition during the advance in Safhah and Wajf front in Khab and Shaaf district, Jawf province from Saudi-led forces.Yemen’s Armed Forces spokesman stated that 26 new points in a total area of 40 km2 had been liberated during the large military operation in Wajf front, Jawf province. https://uploads.disquscdn.com/images/e7969ee3dcd7f2f33bd19c2cbba7dc47e0344076db7f834791312fb0836cc64d.jpg

Appreciate the update, thanks.

i can only imagine how the american MIC look and feel when they see their highly prized toys being used as bonfires by the flipflop wearing camel riding houthi warriors. they would be shocked beyond belief. they must be wailing at the incompetence of the Saudis. this houthi imprint is a given for what they would get should they dare try to mess with Iran. the Saudi debacle would certainly be a side show as regards to the humiliation, death, destruction and devastation they would face against a powerful and highly trained, disciplined and dedicated army who are violently ready to respond to their malady. great job houthis, brave soldiers

The Saudi quagmire in Yemen is worsening by the day. It would be prudent to declare victory and withdraw. Indiscriminately bombing civilians is not working and creating more determined resistance.

Yes. Do it like Bush, state, that the mission is accomplished (whatever the mission is should not be mentioned) and then withdraw back home. And hope that the war is not following the troops.