On June 22nd, 10 Qasef-2k UAVs were used in a Houthi attack on a Saudi-coalition training camp, resulting in ‘scores of casualties.’

This was reported by Houthi spokesman Brigadier General Yahya Saree on June 24th.

He said that the attack took place two days earlier, and was against a military training camp based in the Saudi region of Najran’s al-Wadiah area.

“The operation was carried out using 10 Qasef-2K drones. It targeted the command center, training sections, and other parts of the barracks,” the spokesman stated.

According to Saree, the UAVs staged “accurate” attacks against their targets, killing and injuring as many as 60 mercenaries, including a number of their senior commanders.

“A number of Saudi officers were also killed during the attack,” he said, adding that images pertaining to the counterstrike had been recorded and would be published in the future.

Currently, the battle for Marib is still on-going, and it has been months. It is at a stalemate, with incremental successes on the Houthis’ side.

Fighting between the Saudi-led coalition and Ansar Allah who are seeking to take the strategic northern city of Marib has killed 90 fighters in two days, pro-Saudi puppet government military sources said.

Control of the oil-rich region would strengthen the Houthis’ bargaining position in peace talks.

As has become typical, any success by the Houthis is cause of concern for a humanitarian disaster, but the Saudi-led coalition’s bombing of civilians goes unnoticed.

Meanwhile, there are reports that the Saudi-led coalition and Ansar Allah are nearing a peace deal.

Yemen’s warring parties are thrashing out terms for a peace deal that would extricate Saudi Arabia from a costly war and help alleviate a devastating humanitarian crisis, two sources close to the talks and a Houthi official said.

Houthi leader Abdulmalik al-Houthi made a commitment to an Omani delegation that visited Sanaa this month to enter into ceasefire discussions immediately after the blockade is lifted in line with the latest proposal from U.N. envoy Martin Griffiths, the unnamed sources said.

U.S. envoy Tim Lenderking and Griffiths visited Riyadh where they met Saudi, Yemeni and Omani officials to push for an agreement.

The Houthis’ chief negotiator Mohammed Abdulsalam told Reuters the group wanted to ensure reopening access to Sanaa airport and Hodeidah ports “without impossible conditions or other measures that would restore the blockade in other forms”.

“After that, we will discuss a comprehensive ceasefire which should be a real halt of hostilities, not a fragile truce, and that would include the exit of foreign powers from Yemen to facilitate political negotiations,” he said, adding the timing of foreign forces withdrawing would be subject to negotiation.

When SA claims they shoot down Houthis’s drones and try so hard to cover it up…they most likely got fuked hard.

Hamas, Israhell and the Semitic Boogaloo: 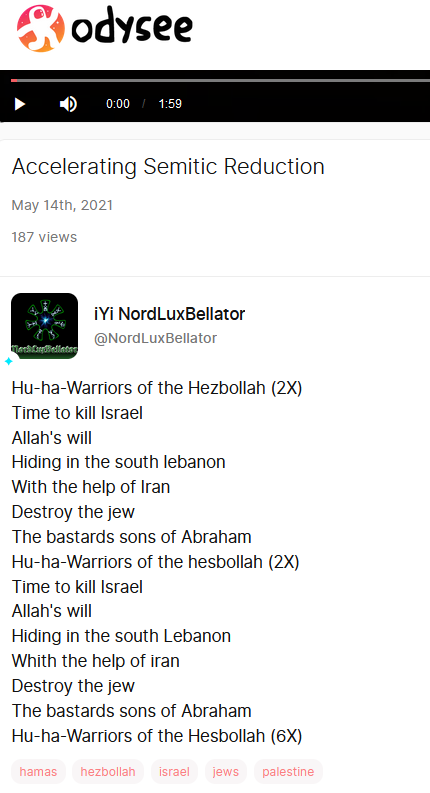 Well done, many countries will send their officers to be trained by Houthis, after victory.

saudi clowns are known to be useless cowards. They bring in mercs from many countries and still run away like true imbeciles. Pathetic.

The Houthi resistance has shown the world what real courage, determination and patience looks like. The same can be seen in Palestine, Iran, Iraq, Syria, Venezuela, the DPRK etc.