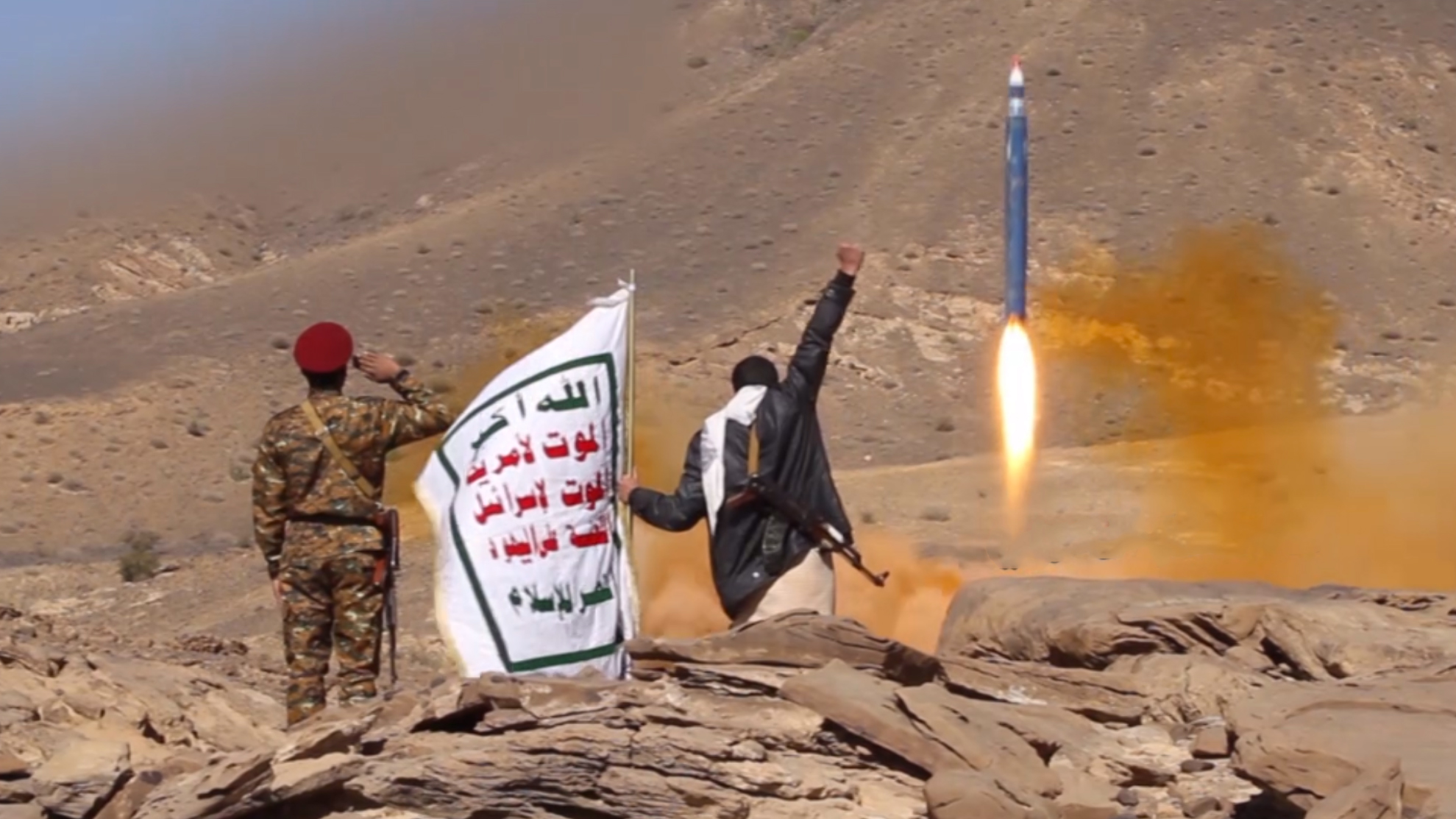 The Houthis announced on March 29 that they had carried out the “largest ever” special operation against Saudi Arabia. In an official statement, the group’s spokesman said “sensitive” targets in the Saudi capital, Riyadh, were targeted with Zulfiqar missiles and Samad-3 suicide drones

The Houthis’ Air Force and Missile Force also targeted economic and military targets in the southern Saudi provinces of Jizan, Najran and Asir. Many Badir-1 artillery rockets and Qasef-2K suicide drones were used in the attack.

“We promise the Saudi regime with painful and hurtful operations if it continues its aggression and blockade on our country,” the group’s spokesman, Brig. Gen. Yahya Sari, said in the statement.

The spokesman said that the operation was carried out to commemorate the beginning of the Yemeni war’s sixth year and in response the Saudi-led coalition recent aerial attacks.

Earlier, the Houthis revealed the Badir-1 artillery rocket as well as the Samad-3 and Qasef-2K suicide drones. However, the group is yet to provide details on the Zulfiqar missile.

Saudi Arabia announced in the late on March 28 that a missile and a rocket were intercepted by its air-defense means Riyadh and Jizan, which confirms the Houthis claims. It’s still unclear if the attack was successful, however.

According to Brig. Gen. Sari, details of the operation will be revealed in a few days. The Yemeni group usually releases aerial images and videos of such operations.

The Man
Reply to  Killayid

Apart from claiming the interception Saudi reports have been very limited implying that some of the Houthis missiles got through. Looking forward to the Houthis videos

Maybe they are just testing and probing? The Houthis missile tech is getting better and better. It’s only a matter of time before real damage is done to Riyadh.

The Ansarallah are very cautious and truthful with their claims and now boast some very serious missile and military capability. They are capable of inflicting great damage to the demoralized Saudis whose oil revenues are down to zero and the costs of this MBS folly grow every day. To successfully attack the Saudi capital of Riyadh un-intercepted says a lot about growing Yemeni military capabilities.The Saudis need to save themselves and get out of Yemen.

death to america death to Israel curse on the jews…the houthi Slogan, the bravest of the brave

the one thing that will break the squatters and the dysfunctional states of A is more attacks and then more attacks – the important party to break is the dysfunctional states of morons so that the squatters can be evicted till kingdom come, or 6 feet under pushing up daisies and lilies and what not to the delight of the world. remember, the jews are of little value and can be disposed of quickly when the world so decide . – they will be remembered as the thieving, lying and murdering scum they are.

hit them where it hurts