Control over a Saudi military base, located in the kingdom’s southwestern border region of Najran, has been taken by the Houthi-Saleh alliance. 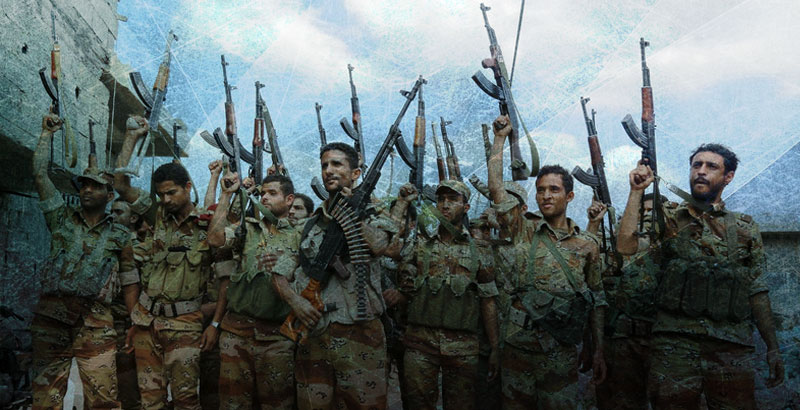 The Houthi-Saleh alliance has gained control over a Saudi military base, located in the kingdom’s southwestern border region of Najran.

On Tuesday evening, a video, showing Yemeni fighters, exchanging fire with Saudi soldiers, deployed at the Alib military base in Najran, was published online by the media bureau of the operations command of the alliance. The footage shows that Saudi soldiers retreated, leaving scores of their wounded companions in arms, laying on the ground, while the Houthi-Saleh alliance advanced. Then, a battle tank and an armored vehicle were destroyed by the alliance’s soldiers at the military site, as well as a considerable amount of rifles and military equipment was confiscated. Soon after this, a watchtower of the base was captured and detonated with explosive charges by Popular Committees and Yemeni fighters.

According to Yemeni sources, during the attack on the Alib base, a number of missiles was launched by Saudi combat helicopters. However, they mishit and failed to strike targets. Reportedly, a Saudi unmanned aerial vehicle (UAV) flied over the military base and monitored all movements of the Houthi-Saleh alliance.

Earlier on Wednesday, an offensive of militiamen, loyal to resigned president Abd Rabbuh Mansur Hadi, was repelled by Yemeni fighters and their allies in the district of Hayfan in the southwestern province of Taiz. There are still no reports about casualties of the sides.

Meanwhile, Madfoun and al-Houl areas in Nihm district of Sana’a province were struck by Saudi aircraft. However, it was not reported about an extent of the caused damage and casualties.

In addition, some areas of Sirwah city, located about 120 kilometers east of Sana’a, as well as al-Dawar area in Mustaba district of the northwestern province of Hajjah were also hit by the Saudi Air Force.

However, they mishit and failed to strike targets….

I know. Many, if not most, of these reports are written by people whose command of American and/or English is not the greatest. Unfortunately, some of our own “reporter’s” command of the English language leaves much to be desired. I cringe when I hear people who should know better use “empathy” instead of “sympathy” , etc.

My guess would be translate? Not google but a similar program? Reminds me I need to send a letter as Houthi is not recognized by spell check and yet Saudi is …Microsoft! racist bastards!

This is more proof that people who are defending their homes are usually better fighters than those who are simply being paid to carry out wars of aggression.

Say what you will about suit jackets and no shoes in combat! These guys are damn good light infantry. Every video they put out has multiple maneuver groups, with over watch fire support. They stick to their formations under fire and attack as well as any army I have seen.