Saudi troops tried to storm an area to the east of the Saudi city of Najran, but failed to do this and suffered heavy losses. The Houthi-Saleh alliance launched a missile attack on the Saudi al-Mosem military base in Jizan, killing and wounding a number of Saudi military. 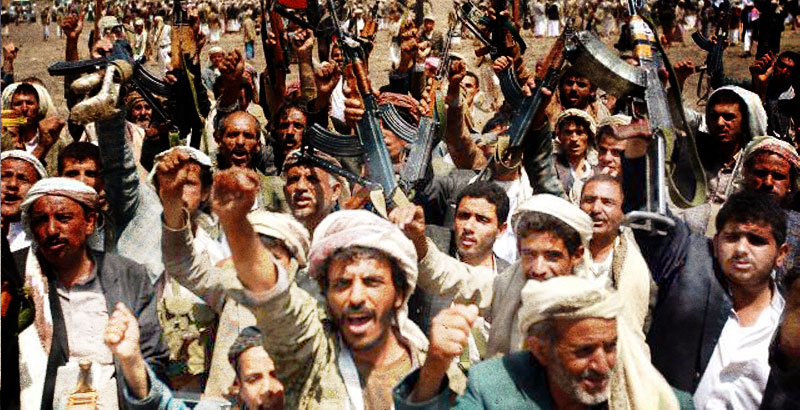 Saudi military attempted to storm an area to the east of the Saudi city of Najran, held by the Houthi-Saleh alliance, but failed to do this. As the Al Masdar news agency reported, citing unnamed local sources, the alliance successfully repelled the attack. As result, dozens of Saudi soldiers were killed and wounded, as well as their several military vehicles were destroyed.

Meanwhile, a missile attack has been launched on the Saudi al-Mosem military base by the Houthi-Saleh alliance in the kingdom’s southwestern border region of Jizan on Monday, the Al Masirah TV-channel reported, citing an unnamed military source. As result, five Saudi soldiers were killed and ten others were wounded. According the source, a number of military vehicles were also destroyed during the attack.

A few hours before the incident, a number of the Katyusha rockets were launched by Yemeni fighters, supported by the Popular Committees, on separate gatherings of Saudi military to the north of the al-Mahrouq military base and al-Qawiyah village in the region of Jizan. However, there are still no reports about any casualties during this attack.

The areas, located near the Alab crossing in Saudi Arabia’s southern province of Dhahran al-Janoub, were also struck by the Yemeni Katyusha rockets on Sunday evening. But it was not reported about any casualties.

Earlier on Sunday, the Houthi-Saleh alliance hit a position of Saudi-backed fighters in Wadi al-Rabia area of the district of Sirwah in Yemeni Marib province. As result, a large number of Saudi militants were killed and their armored vehicles were destroyed.