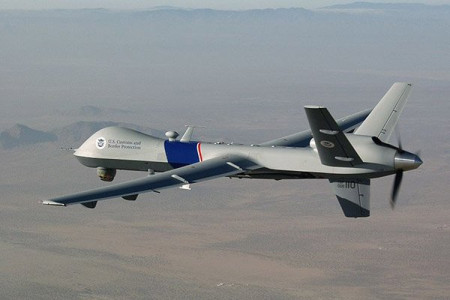 The US drone was apparently destroyed on January 20 in the skies above Yemen’s capital Sanaa. The video shows the Houthi rebels launch an S-75 Dvina  missile and the drone debris on the ground.

The S-75 Dvina SAM system entered service with the Soviet military way back in 1957 and was supplied to over 40 countries. Many of them still use it and, apparently, effectively.

In 2015, the USAF had up to 20 drones shot down, 10 MQ-9 Reaper and 10 MQ-1 Predator. According to Washington Post, a single drone was lost in the US, Libya, Kuwait, Turkey, and Syria, three in Iraq, four in the Horn of Africa region where the US operates a drone base in Djibouti, and six in Afghanistan.

One has to rip off some videos off the Youtube and upload it onto your own site. Youtube is not just a service, but a part of the global public relation war…

The CIA and Mi6 and Mossad has already bombed almost all of Humanity into submission. Only through democratic-change, blessed by God can humans be set free!