On November 23rd, the Ansar Allah movement (Yemen’s Houthi) claimed that they had fired a missile at a Saudi Aramco oil facility in the city of Jeddah, and successfully struck it.

There is a video purportedly showing the strike.

A Houthi military spokesman, Yahya Sarea, said the attack was carried out with a Quds-2 type winged missile.

He also posted a satellite image with the label “north Jeddah bulk plant-Saudi Aramco”. Google Maps shows a facility matching that image and description on the northern outskirts of Jeddah.

“The strike was very accurate, and ambulances and fire engines rushed to the target,” Sarea said.

Saudi Arabia hasn’t confirmed the claim made by the group’s military spokesman, who warned foreign companies and residents in Saudi to exercise caution as “operations will continue”.

Aramco’s oil production and export facilities are mostly in Saudi’s Eastern Province, more than 1,000 km across the country from Jeddah.

State oil giant Aramco did not immediately respond to a request for comment.

More than a year ago, on September 14th, 2019, Saudi Aramco reported fires at its Abqaiq and Khurais facilities. At the time, about 200 people were in the Khurais facility, according to Aramco officials. The fires were contained a few hours later, according to officials. They said no one died in the incidents, though they left unclear whether anyone was injured in the attack.

Several unmanned aerial vehicles (UAVs or drones) were reported to be involved. A spokesman for the Saudi-led coalition fighting Iranian-backed rebels in Yemen, stated that 25 drones and missiles were used.

Both the US and Saudi Arabia blamed Iran for the attack, while the Houthis actually claimed responsibility.

In recent days in November 2020, the Houthis have been pushing the Saudi-led coalition in Yemen, and they don’t appear held back, whatsoever.

All reports indicate that both missiles hit the intended targets accurately and put the facility out of commission. It is 100% run by foreign workers anyway and these increasing strikes are discouraging new hirings as the low price of oil and bankrupt Saudicunts economy is having the desired effect. Nothing but admiration for the tenacity of the Ansarallah. They control most strategic parts of Yemen now and a push to Aden is next, there are already negotiations with local tribes.

Where are the patriot missiles?

Up the dumbass MBS and loudmouth Pimpeo’s dumbass :) The dud Patriots could not intercept 1960’s vintage Von Braun designed SCUD let alone the increasingly deadly GPS guided solid fuel Iranian missiles. Iran has such a large precision solid fuel missile arsenal now that even a huge country like Iran is running out of places to store them. The technology and assembly lines are now being transferred to Iranian allies. The QUDS 2 is no new that only a few prototype images have been released. I have posted both the orginal Quds 1 that is assembled in Yemen and now the Quds 2 which has a heavier payload. It reaches almost Mach 1 with NOE terrain hugging technology and a variable warhead of 150 kilos with range in excess of 1000 kms. A new loitering version is also now deployed.. 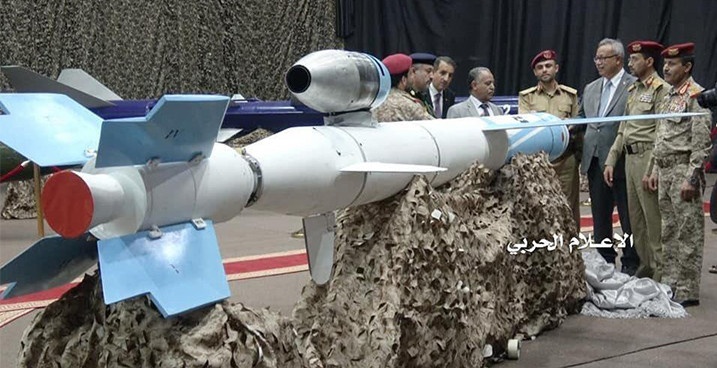 klove and light
Reply to  BMWA1

Lockheed says it worked as intended, to sell them more.

As useless as the Russian S-300 in Syria.

But muricans are super-hi-tech and have UFO technology. Right?

No, they always suspected Russians to have secret technologies, if you look at movies, games, conspiracy theories and books. Don’t mix my Russia bashing fetish for American doctrine.

American doctrine? Crying wolf to have more billions for the MIC?

Your out to lunch, yemen is defending its land.
Its saudi that are invading pigs.

Its ok for saudi planes to bomb yemeni civilians for a decade, but as soon as the oil is hurt, your calling for basically genocide?

Just promise me that I won’t see you in here once the operation begins screaming they are commiting human rights violation yada yada. Once the elimination policy is announced. This is entirely on them.

Not really they were giving Hadis guys minimal air support BUT this will be a full war for elimination. This is completely different ball game many regional allies could join the party. UN will be pushed out of this conflict Saudi Arabia has the right narrative to level cities like San’aa to the ground literally

You can say whatever you want to say. For you this is a matter of joke or trolling. But for us this is real and a matter of security issue we will not shy away from this provocations

so you jew are a saudi or a zionist?

do you think you are going to be around after we are done with you?

okay so what keeps us from levelling riyad and haifa in return?

You don’t have the capabilities but we do and you know that yourself.

All I will say is thanks for giving us this pretext

Thank you for the pretext

all the saudi/zio/us disease soon will be over. you are just stupid dead man talking. you have place in the great trashcan of history together with hitler. and now please shut up, pray, a die

you miserable jews couldnt deal with hezbollah so how are the even more miserable saudis going to deal with ansarullah?

hahahahah right what forces will fight this time?

Good reply to “Nobel-cunt”. Saudi camellias have thousands of mercenaries that fight for them (but not for long time yet), because these pussies alone are not able to fight against anyone. Houthis would eat for breakfast saudi pussies

You will realize that every action taken in life has a consequence and this is just the nature of life and it is pretty basic to understand.

If you think there will not come a huge response to this you are deluding yourself. Houthis are giving the Saudis unfortunately no other option then to seek a complete annihalition policy from here on out.

There hands has been forced and if you don’t think that the houthis can be crushed within 2-3 months military you are deluded.

Keep dreaming. Saudis have launched “biggest” military operations since the start of this war. The end result has been thousands of african mercenaries dead bodies.

they already had that and the Saudi’s lost.

The Quds is Iranian? Good shot!

Quds 2 is brand new and unstoppable. The newer generation of Iranian suicidal loitering drones in swarms will literally obliterate its enemies thousands of kms away and so quiet that their decibel level is lower than wind hissing. It is too late by the time the target sees them coming. 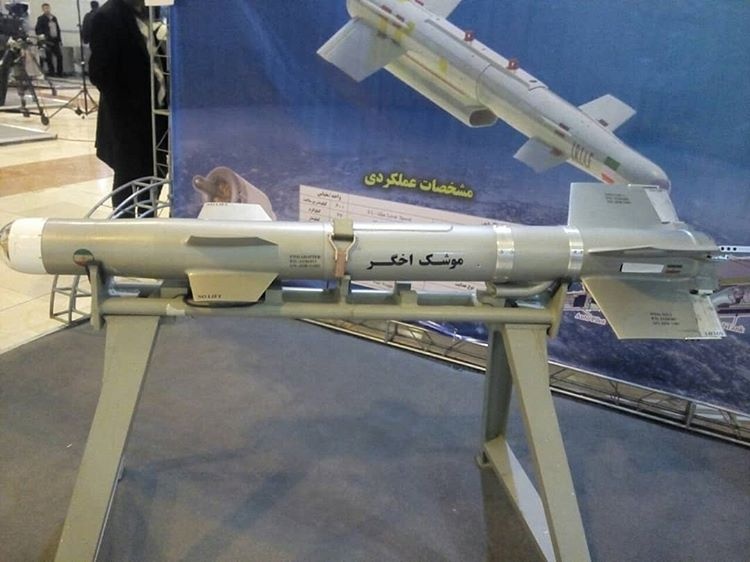 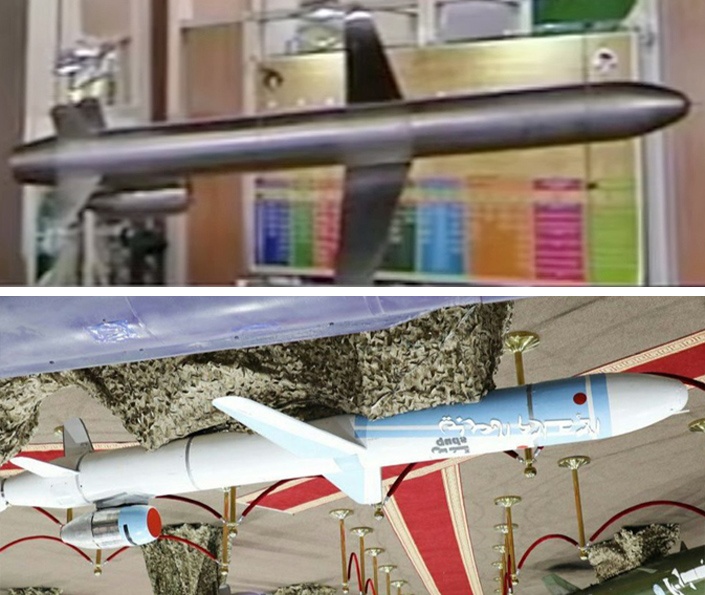 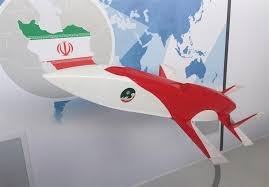 This is much smaller than the much talked about Haroop. It must be a nightmare for radar systems. This is why Patriot batteries couldn’t do a thing against them.

so against what patriot could do something ? SCUD no, maybe bigass hot air baloon ?

against palestinian children for sure…oh wait, that is the iron demo…ehm dome

“God Is Great, Death to America, Death to Israel, Curse on the Jews, Victory to Islam”

best of the best

Saudis are real trouble as their employee Trump and Kushner are gone and Democrats will push the human rights agenda and push for an arms embargo.

Regime change saudi and steal all the oil.

Jeddah terminal out of operation as fires rage

The Ansarallah Movement announced on the early hours of Monday, the bombing of an oil distribution station in the Kingdom of Saudi Arabia.

The spokesman for the Ansarallah-aligned Yemeni Armed Forces,Brigadier General Yahya Sare’a, said in a statement via his Twitter account:

“With God’s help and support, the missile forces managed to target
the Aramco distribution station in Jeddah with a winged missile, the
Quds 2, which entered the service recently, after successful experiments
in the Saudi depth.”

He continued: “The attack was very accurate, and ambulances and firefighting vehicles rushed to the targeted place.” He would added: “We reiterate our advice to citizens and foreign companies operating in Saudi Arabia that our operations are continuing,and that they should stay away from the vital installations because they are part of the target bank. 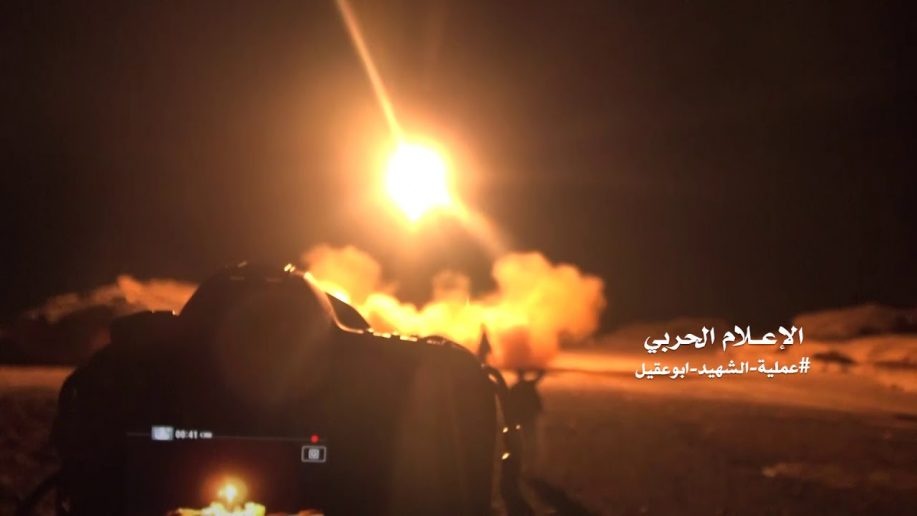 Thank you very much do you got the source for this. Website I believe what he says to be true btw. I just need source

you need to understand that we will wipe you out

you need to learn swimming soon

jeddah on the red sea, where the saudis have the yanbu terminal and the rabigh bay refinery and apparently a terminal in jeddah, within easy distance from Yemen. the Houthis should take out the red sea facilities and make the saudi oil more landlocked since they can close the bab al mandab straight in the south and going north through suez isn’t a viable option for a country is desperate straits economically, all this since Iran easily can close the Hormuz straight and bankrupt saudi (and the uae as well) should the jews in palestine somehow convince mbs (of fake da vinci purchase at 450mbucks) that they together can beat Iran and the Houthis, what a larf!!

I wonder if the liar Pompeo will bellow that ‘Iran must have done it’ and try to use this to justify a bombing of Iran before Trump leaves office. A final act of pure evil. Using genocide to justify a war crime.

Uae is still able to export through its Fujeirah terminal at the gulf of Oman coast. If Saudi would have accepted UAE terms, they could have been connected to Fujeirah through UAE pipeline network already. But Saudi saw themselfs as the master and tried to bully UAE, hence no connection yet.

Next one to Eliat!

The Houthis have sealed their fate if this attack against Jeddah is true you can expect the biggest military operation in the history of the Arabian peninsula to come against the Houthis they exist on a borrowed time this much is certain. All the UN brokered deals will be off the table and a complete annihilation is the only policy option because they give no other option to Saudi Arabia UAE, Egypt and Sudan. The houthis have overplayed their hand in this scenario and gave the Saudis the right to seek annihilation no UN intervention brokered deals would work anymore at this stage

tell yourself that XD

Thats the way to deal with those Saudi morons,hit the oil and the ports.