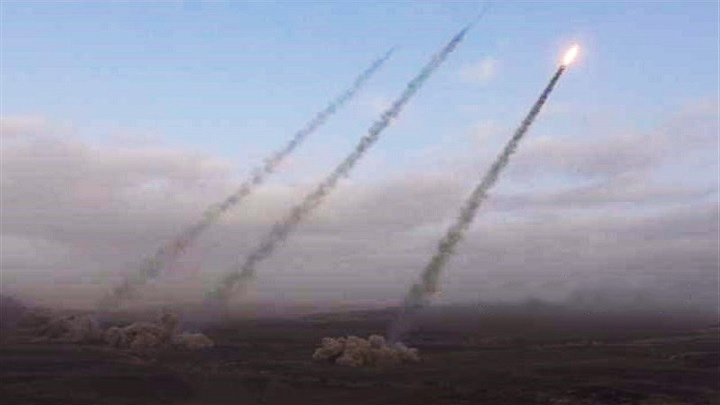 On October 21, the Houthis (Ansar Allah) announced that their missile force had targeted a camp of Saudi task forces in the Kingdom’s southern province of Jizan with five ballistic missiles.

In a statement, Brig. Gen. Yahya Sari, a spokesman for the Yemeni group, said that the missiles, which were launched late on October 20, targeted a headquarters, ammunition depots and AH-64 Apache attack helicopters landing pads in the camp.

According to the spokesman, 35 Saudi service members, including officers and pilots, were killed or wounded as a result of the large-scale ballistic missile strike.

“This [attack] was carried out as a response to the crimes of the aggression [Saudi-led coalition], its continuous raids and its unjust siege on our country,” Brig. Gen. Sari said. “And the more it [the coalition] continues its air escalation and continues with its wickedness and oppression and siege, the consequences for it will be dire, and our strikes will be painful, excruciating and extensive, God willing.”

Only one of the missiles launched by the Houthis was intercepted by the air-defenses of the Saudi-led coalition. Some Saudi sources confirmed that the strike on Jizan resulted in casualties without providing specific numbers.

The Saudi-led coalition responded to the missile strike by carrying out a series of airstrikes on the Houthi-held Yemeni capital, Sanaa, on October 21. The coalition claimed that it had struck legitimate military targets.

“Should the Houthi militia continue to persist in their gross violations of targeting civilians and civilian objects and infrastructures, they must prepare for what is wider and more extensive in accordance with the International Humanitarian Law,” coalition spokesman Brig. Gen. Turki al-Malki said in a statement warning the Houthis against launching more attacks on the Kingdom.

According to the pro-Houthis al-Masirah TV, the Saudi airstrikes on Sanaa targeted the departments of engineering, electricity, water and public works as well as medicine depots. As a result, a civilian was killed and three others were wounded.

In the last few months, the Houthis stepped up their missile and drone attacks on Saudi Arabia as well as on Saudi-backed forces in Yemen.

After failing to protect Saudi territory from the Houthis’ repeated attacks, the Saudi-led coalition is now attempting to deter the Yemeni group. The coalition made similar attempts in the past, all of which failed miserably.

Saudi Arabia will be fractured in the future. This is for sure.

You are right…. When West and Zionistan are finished with its arranged wars and Saudis money gone…

Well, many people in the West want to fracture Saudi Arabia also, especially the Americans. US wants small states in order to control them easily. Look at for example, Kuwait, Qatar, eastern Saudi Arabia, UAE and Bahrain are the same nation but they are divided into five.

Says a saudi degenerate who works to starve the entire Yemeni population to death. The hypocrisy of the saudi inbred clan of satanic swine is sickening.