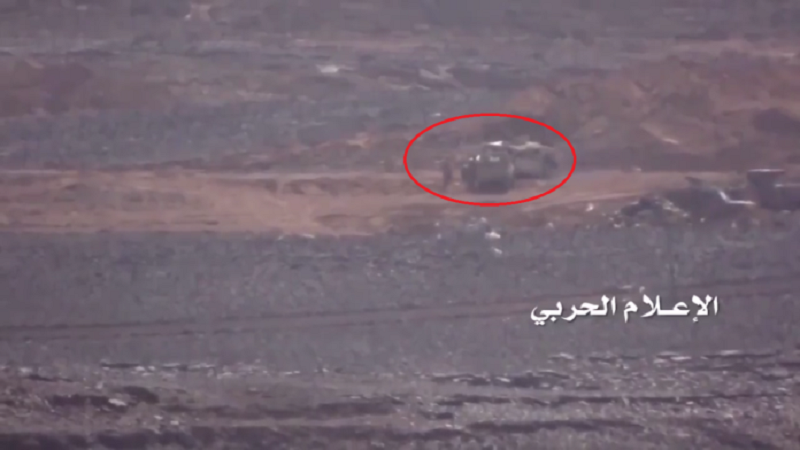 Two Humvees and a tank are hit and presumably destroyed.

In the video below, Houthi fighters, whom are supported by Iran, follow up the succesful ambush by yelling “death to America – death to Israel”:

Saudi Arabia has played an important role in propping up President Abd Rabbuh Mansur Hadi who leads a Yemeni government based in Aden. Meanwhile, Houthis also lay claim to state power after they seized control of the Yemeni capital, Sanaa, in 2015.

The saudis are pretty clueless.

Saudis are laughable, just arm Houthis with 10% of what Saudis have, and they’ll take Riyadh in two weeks. Or less :D

Someone with good knowledge of wars and fighters should rank the fighting ability of each country/group/tribe per capita. Houthis would no doubt be quite high while the Saudis would have to be ranked low.

Have to admire the fighting prowess of the Houthis/Yemenis. It is like they are some of the best fighters while the Saudis are probably near the bottom.