The Houthi forces fired a number of Qaher-1 ballistic missiles at a strategic Saudi military airport in the Asir province, as well as targeted several Saudi army installations in the Jizan region. 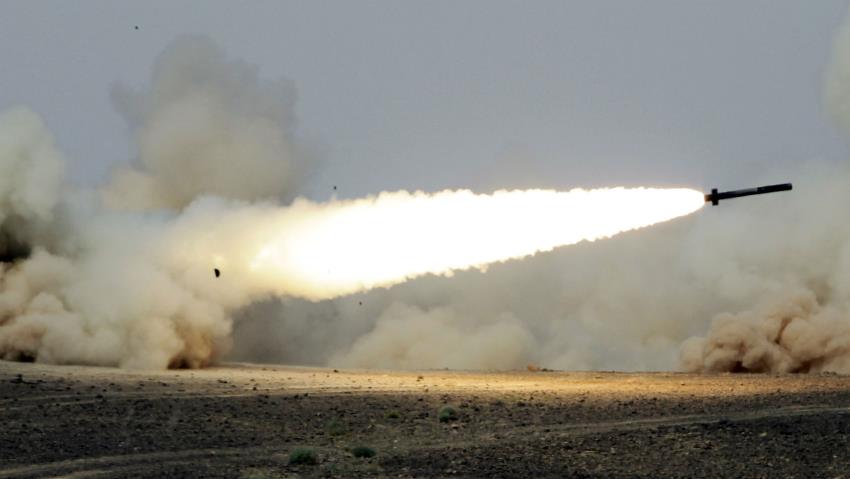 According to the Yemeni Republican Guard, a number of Qaher-1 ballistic missiles were fired at a strategic Saudi military airport in the Asir province by the Houthi Forces on Monday night. As result, severe damage was caused to equipment of the base.

The attack became a response to several airstrikes over the Sanaa and Saada governorates, conducted by the Saudi Arabia Air Force earlier in the day.

Mranwhile, several Saudi army installations in the Jizan region of southern Saudi Arabia were targeted by the Houthi forces. Reportedly, the Saudi-led Coalition forces suffered a significant number of casualties as a result of the missile strikes.

In addition, videos, showing Yemeni breaking into the Qullat Hasan post for completing control of Al-Raboah city in Asir, and the Tholm strategic post, overlooking Najran city, the capital of Najran Province, were published online yesterday.

Adapting an anti-aircraft missile for ground-to-ground was brilliant.

I wonder how they target the missile when they launch their ground attacks, do they somehow use line of sight or do they have gps, are they geniuses at calculating trajectories?

A number of Israeli pilots and advisers have been stationed at military airports in Saudi Arabia. I wonder if any more were wounded in this latest attack.