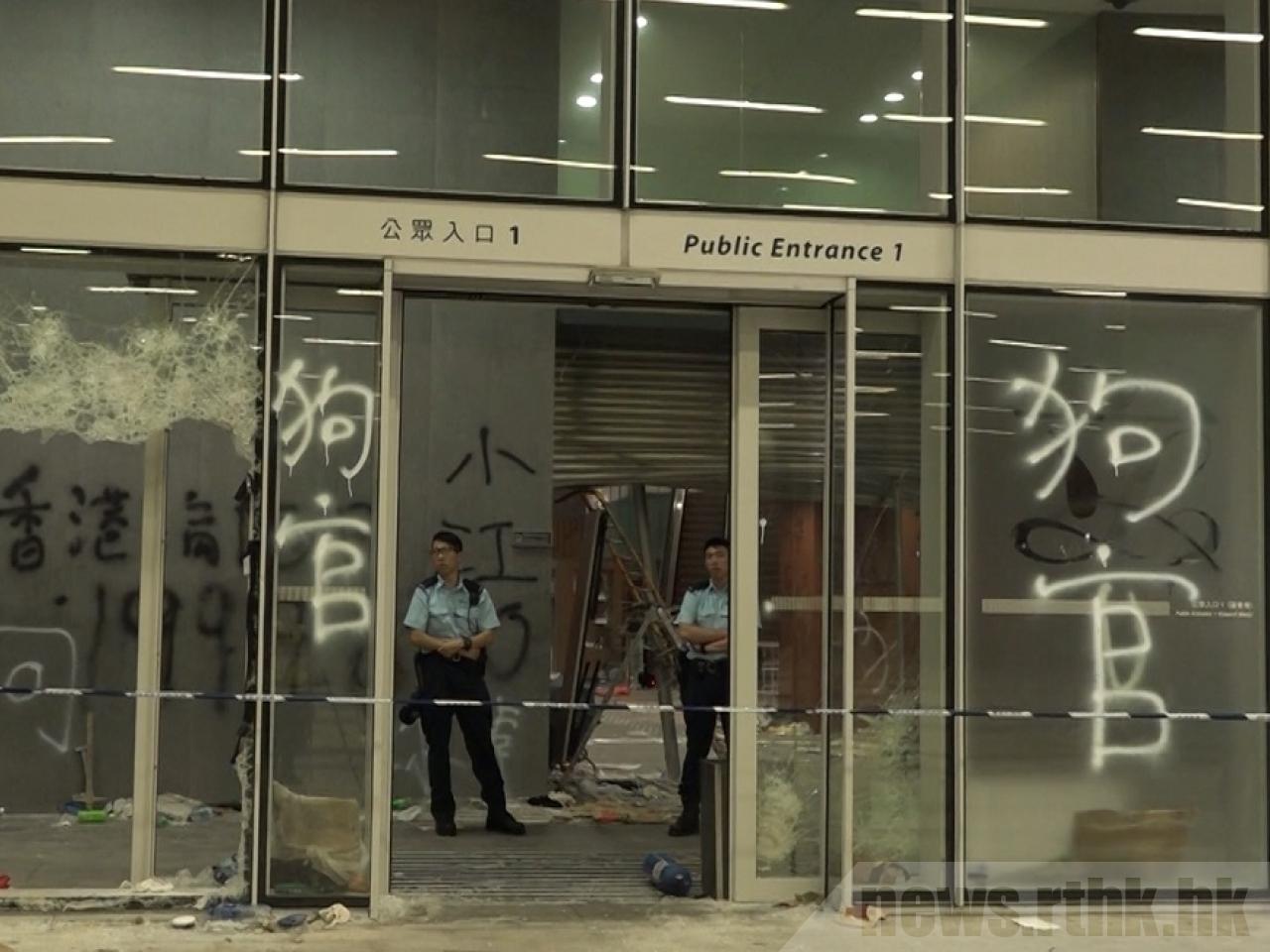 In the early hours of July 2nd, Hong Kong police retook the Legislative Council (LegCo) building after protesters stormed and took it around midnight on July 1st.

But the building wouldn’t be used for a while, since Hong Kong SAR Police Chief said that protesters threw white smoke at the police and sprayed some suspicious liquid.

Chief Executive Carrie Lam held a news conference to address the violent protest. In it she said that the Hong Kong government would not cave in to protesters’ demands and that the actions of the night were “intolerable.”

Lam said she was saddened and shocked by the use of violence and vandalism, stressing that any illegal acts committed by the protesters would be investigated.

“This is something that we should seriously condemn because nothing is more important than the rule of law in Hong Kong,” she told the media. “I hope community at large will agree with us that with these violent acts that we have seen, it is right for us to condemn it and hope the society will return to normal as soon as possible.”

The Liaison Office of the Central People’s Government in the Hong Kong Special Administrative Region, too, expressed shock, indignation and strong condemnation over the violent acts of storming the Legislative Council (LegCo) Complex.

“Some extreme elements used excessive violence to storm the legislature building and carried out a series of large-scale assaults. This is shocking, heart-breaking and angering,” the statement said. “Their violent acts are an extreme challenge to Hong Kong’s rule of law and seriously undermined Hong Kong’s peace and stability. It is totally intolerable.”

The Hong Kong and Macau Affairs Office of the State Council, or China’s cabinet, issued a similarly worded statement of condemnation, vowing to support the Hong Kong authorities in investigating the “violent offenders’ criminal responsibility.”

“These serious illegal actions trampled on Hong Kong’s rule of law and damaged Hong Kong’s social order,” the statement said. “It is a blatant challenge to the bottom line of the ‘One Country Two Systems’ formula. We strongly condemn this.”

Separately, MSM continue covering the protests as “pro-Democracy” even though protesters’ demands include: the resignation of Chief Executive Carrie Lam, an objective and open investigation in policy brutality, mostly in the June 12th usage of tear gas and rubber bullets and for the extradition bill to not be accepted.

It is furthermore unclear why the protesters who stormed the LegCo building defaced the Hong Kong Emblem and raised a flag from Hong Kong from when it was a British Colony. It was certainly not a democracy back then.

It is noteworthy that days before the storming of the building by masked protesters who even threatened journalists not to film them, a professionally-made animated video was released showing “Hong Kongers who love our city dearly” storming the LegCo building.

Separately from the violent protest, upwards of 500,000 marched on the streets, peacefully, without any clashes with authorities. Still demanding an investigation into police brutality, the blocking of the extradition bill and Carrie Lam’s resignation. No mention of democracy.

Even “pro-Democratic” Hong Kong lawmakers didn’t mention the protests, but rather urged police to not harm protesters and said that they couldn’t access their offices due to damages to the building.

Just America doing what it does best, causing trouble.