During the presidential elections, Hillary Clinton won more than 800,000 votes from people, who were not citizens of the US. 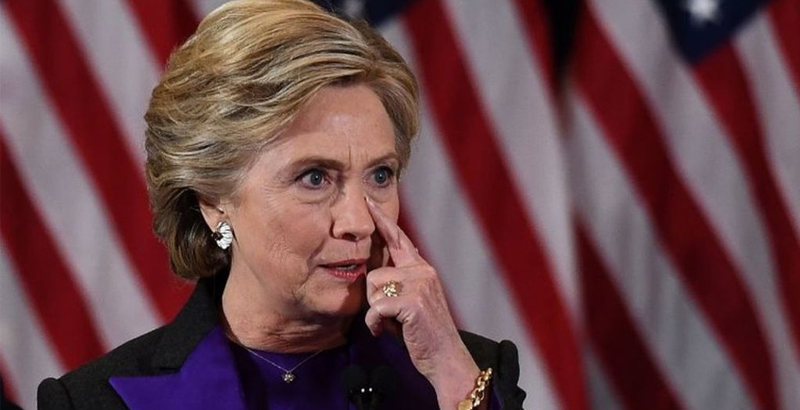 During the presidential elections, former candidate for US president from the Democratic Party, Hillary Clinton, won more than 800,000 votes from people, who were not citizens of the US, the Washington Times newspaper reported, citing a research of political scientist Jesse Richman of the Old Dominion University in Norfolk, Virginia.

Earlier, US President Donald Trump repeatedly said that millions of people voted illegal during the presidential elections. However, according to the newspaper, the number of illegal votes, cast for Clinton, was 834,000, but not five million, as Trump stated.

According to the researcher, 6.4% of 20 million people, living in the US without citizenship, voted in the election in November of the last year. He claims that 81% of these illegal votes were cast for Clinton.

In this way, probably, these votes helped Clinton to win in one of the states or improved her result.

The official election results were approved by the legislatures of states and the US Congress. Trump became the winner, gaining the majority of electors of states, though Clinton garnered 2 million votes more than him. The state authorities, who were responsible for the conduct of the election, did not reveal any massive violations in the presidential elections. Speaking about falsifications, Trump is contrary not only to the opinion of states, but also to the point of view of the vast majority of representatives of the both parties, who have considered the elections fair.

I believe that there is a very much underappreciated aspect that was determinant in this election: in previous votes, the participation of US citizens was always very low, the turnovers indicating that most Americans did not bother to participate. Donald Trump managed to polarize a large part of people which never voted before around himself, in particular those living outside urban areas. This meant that the US people basically took back the power of the vote from the millions of immigrants which determined previous elections by constituting “voting blocks”.

For example, the US is full with electors of Ukrainian nationality. Those voters get “vetted” by prominent members of their communities, who guarantee a certain candidate the support (hence the votes) of their countryfolks in exchange of promises on foreign policy. Ukrainians in particular have voted Clinton in block, as she promised a hardline policy against Russia.

It’s important that citizens of a given country participate in its elections, no matter their political ideas – it’s the only way not to allow foreigners to use democracy to install governments friendly to them, and not necessarily to the country population.

The many millions removed from voter lists by Republicans are a much bigger problem.

Mexicans are waging full unconditional war against Americans. They have illegally invaded more then 20-million and are deciding our futures for us. Mexicans also ethnically cleansed the Indians in Mexico, and now they are doing the same in America. These Brown-supremacist-bigots must be stopped. http://whiterabbitradio.net/ https://www.youtube.com/watch?v=mqgFCBN9lUU