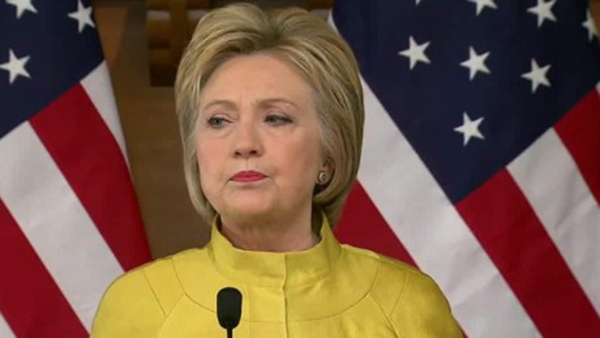 Democratic presidential nominee Hillary Clinton sent an email to her campaign chairman John Podesta in 2014, who was then-counselor to President Barack Obama, that said Saudi Arabia and Qatar are both giving financial and logistical support to the Islamic State and other extremist Sunni groups, according to a recent Wikileaks release.

Clinton sent the email on August 17, 2014 to Podesta. It was a eight-point plan to defeat ISIS in Iraq and Syria. Clinton’s email said that the United States should support Kurdish forces on the ground with U.S. military advisers and avoid the use of a conventional military ground operation.

“While this military/para-military operation is moving forward, we need to use our diplomatic and more traditional intelligence assets to bring pressure on the governments of Qatar and Saudi Arabia, which are providing clandestine financial and logistic support to ISIL and other radical Sunni groups in the region,” Clinton wrote.

The former secretary of state added: “This effort will be enhanced by the stepped up commitment in the [Kurdish Regional Government]. The Qataris and Saudis will be put in a position of balancing policy between their ongoing competition to dominate the Sunni world and the consequences of serious U.S. pressure.”

You know, having read many of the Wikileaks Clinton emails, I have to wonder if they weren’t manufactured to be read. They are actually quite boring in the main, and only ever hint at things. Most of them are actually just people sending other people’s articles back and forth, with very little words of their own. A very odd way to communicate. It’s like they were cut portions of longer, more coherent messages. Just enough enticing hints left in to make the reader think they are getting the good stuff, but nothing really essential.