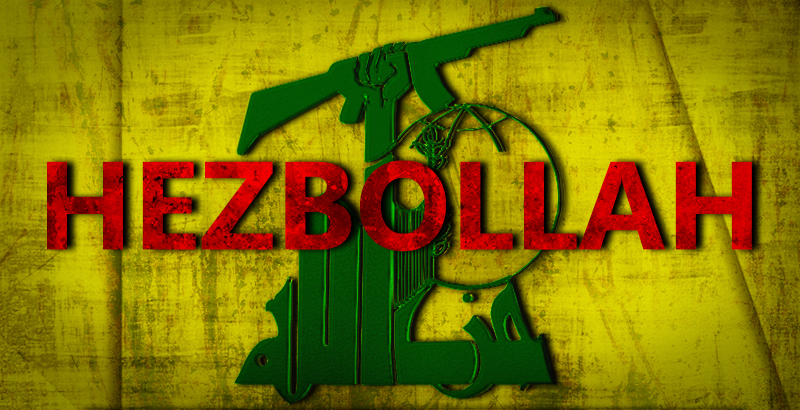 On May 10, the Military Media of Hezbollah released a short video warning Israel against carrying out any attack on Lebanon.

The 20-second video features a quote from a recent speech by Hezbollah Secretary-General Hasan Nasrallah, in which he threatens Israel with a “quick and direct” response to any attack, small or large, on Lebanon.

In the video, Hezbollah shows off some of its more advanced weapons, including Russian-made Kornet anti-tank guided missile system, what appears to be an Iranian-made Noor anti-ship missile system and a Syrian-made M-302 heavy multiple rocket launch system.

Hezbollah’s warning came amid unrest along the separation line between Lebanon and Israel. Several security incidents were reported in the area in the last few weeks.

Hezbollah has been developing tis offensive and defensive capabilities with help from Syria and Iran since the end of the 2006 war. The results of Israel’s “war-between-the-wars” campaign, which is meant to prevent the delivery of advanced weapons to the Lebanese group, have been questionable to say the least.

Israel’s frustration with the growing capabilities of the so-called “Axis of Resistance” could push it to take military action against Lebanon, despite Hezbollah threats.

Nice weaponry. Theres nothing sweeter on this earth than the smell of a smoked jew in the morning.

Hezbollah will hit their economic infrastructure in the next war, and by day one israel will beg for a ceasefire once they have no economy

If only. Once they are not that well protected anymore, they will feel the same terror as their victims of this preemptive war. That should indeed make them think twice, if they like to further escalate or seek an end in a diplomatic solution. Slowly the whole world is being lit on fire.

but when when that is the question. I bet you hezbolloc leader hiding in tel Aviv

yous exposin yerself as a wahabbi no? Yous ain’t even guppu right? fess up slut……fess up now.

Israel after this clip was released stated they won’t do anything. Shows israel is scared to go up against Hezbollah

I bet some NLAWs and Javelins will end up in their hands too.

That shits junk, they have Kornet missiles, that’s the good stuff.

No, top-attack ATGMs outclass the Kornet-M by far.

Russian junk is useless, like that vacant S300 in Syria lol

Old crap that still does its job…

So now wes got Lebanese refugees talking it up round here? or you Al-Baqistani?……which one?

I wasn’t talking to you.

Ahson India absolutely how did know Did you wash your smelly brown stained dhoti?

Are you senile, or do you just randomly pick ethnicities out of your ass?

I’m bang on de dolla on how I pick on de ethnicities commenting absolute rubbish here. I bet 99.9% of these accounts are da same lower caste cunt…….talking it up. Reality is he’s sittin in his council home in third world Bradford. Lower caste Mirpuri dalit no?

This old crap is harder to tackle with EW, easy todeploy, and easy to use.

Are you John Snow? Because you know nothing.

That old crap took out 49 merkava tanks the last time Israel left the reservation. The Lebanese were having a good old time.

What do you mean? It is rt.com (https://www.rt.com/). If RT is banned in your country you might need a VPN.

true a shortcut wont work ,fyi i’ve just lost a os drive,assholes windows doesn’t like you criticizing nato idiots,assholes are raging ukraine has gone to shit on them so many nato boys in the factory,so now i use a vpn even for southfront,btw,way to go guys!

I use duckduckgo and don’t have any problems. Slow to connect sometimes.

About DDG: “Privacy-focused search engine DuckDuckGo on March 10 announced that it would down-rank websites associated with Russian disinformation, including RT and Sputnik.”

I use a VPN coupled with a ‘location Flag’ of a country that’s not blocking RT.

When “Israel’s frustration with the growing capabilities of the so-called “Axis of Resistance” could push it to take military action against Lebanon, despite Hezbollah threats”, it’s time to acknowledge the fact that pissrael is a collection of childish psychopaths who will use any excuse to harm innocent people.

Pissraeli frustration is an excuse for them to justify murdering people!!!!

If that’s not an indicator of their communal mental illness, I don’t know what is…

There is no ‘axis of resistance’…….Every man and his dog for himself. Don’t make me fuck your dad here in front of everyone. You understand me don’t you? Don’t talk it up and embarrass us……be reasonable. Russia or China will jump you on their dicks…….they don’t give a fuck.

Man STFU…….look at your shit-hole of an excuse for a country. You’re fucked. The hendu have chosen your new gubment. Yous on blow job duty now. Go beg the hendu now for food and money.

You are da dalit…….Yous a convert! You lower caste. You tried to change your social/ racial status by converting. Now yous gotta contend with reversion. How does it feel?

6 milion jews dying everyday since ever its a zio pig sheizen w nazis in the anus !!!!

I would be happy with just once, for real.

Hezzy has proven it can fight toe to toe with the IDF, this is the only way to get the IDF to leave you be. The ability to take a punch and give them back. That being said this bm24 copy made in a guys basement is not what one would consider advanced weaponry. It looks like the rockets are old oxygen tanks converted. The launcher is made from wrought iron for god sakes!

steve
Reply to  The maharaja

That’s the point, the idea you need billions for weapons is from the shower of cunts that make them !

If the rockets’ flight trajectory is stable and these are used to spam enemy territory instead of precision strikes, then it’s a great strategy.

The maharaja
Reply to  steve

No Steve its not the point the article is titled with “advanced weapons” which this is clearly not. In order for it to be the point, it would have had “you dont need billions for weapons from the cunts shower” but that was not in the title.

S Balu
Reply to  The maharaja

The Maharaja Then why zionist are scared of Hezbollah?

The maharaja
Reply to  S Balu

Well I could write it again or you could read what I had written above? Ya my guess is you didnt catch it the first time so here it is again. They, Hezbollah can take a punch and they “hezbollah” can throw them as well. They can stand toe to toe with the IDF. This is why they are respected by the IDF. I would not say scared but I am sure there are many in the IDF who get scared. Others maybe even scared right now. However they will fight Hezbollah at the drop of a hat if ordered to. They wont have it easy but they will do it. But that is splitting hairs! In short they (Hezbollah) can fight well.

Last edited 10 days ago by The maharaja
3
Reply

That is the fairest thing ive seen in a long time, israel you want to fuck with Syria, you have no fucking idea, your done,fuck off back home to london .

Let’s hope they’ll put it to good use

Ahson
Reply to  Palestine to Palestinians

Palestinians support and love Saddam. What part of this unclear to you? They are wahabbi dalit people. You want me to explain this further?

Why don’t you go do a suicide bombing in Al-Baqistan, instead of living a shitful life as a second class citizen in da UK?

Can’t wait for Hezbollah to teach those Israeli gangsters another lesson.

After Israel’s last visit to Disney Land Lebanon, I would think the image of a Russian Kornet missile gives them cold chills. They snack on merkava tanks.

The idf aren’t at all comfortable with the thought of dying for their country.

What are you a wahabbi/ jihadi? on CIA payroll? You think Lebanese Shia are cockroaches to be used as cannon fodder?

That’s the face every kike sow makes when a nigger slams her cunt.

bombing makes no difference. Nobody dies…….one or two off and on…….then Iran kills your toady in Erbil or Yemen or Baghdad or sawdi judea or Idlib or UAE…..you can’t evict Iran from anywhere……deal with it.

I suppose there’s always hope, but I have become rather disillusioned with Sheikh Nasrallah: he talks a good game but somehow never launches any of his vaunted weaponry on the Zionist abomination. Perhaps the day will come, but there is reason to be dubious.