One of the two Israeli drones, which came down over Beirut’s Southern Suburb, was rigged with explosives and caused damage to a media center of Hezbollah, a spokesman for the Lebanese group told the France-Press Agency (AFP) on August 25.

“The first drone fell without causing damage while the second one was laden with explosives and exploded causing huge damage to the media center,” Mohamed Afif said.

The spokesman also denied that any of the two drones were shot down. However, he said that the second drone, which didn’t explode, is now in the possession of the Lebanese group.

Local sources had released photos of the second drone. The photos show a quadcopter equipped with an unidentified device. 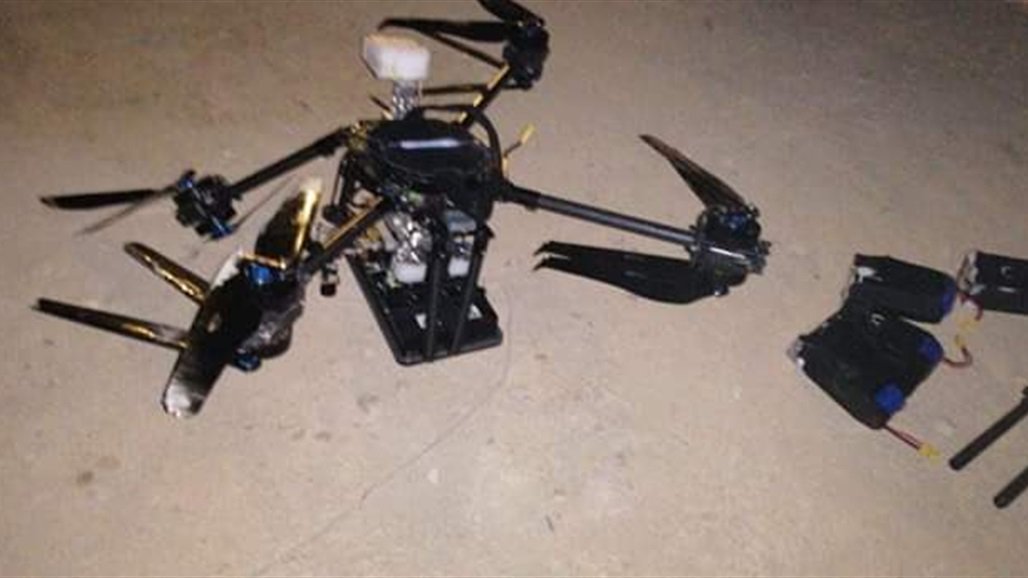 The attack on Hezbollah’s media center coincided with a series of Israeli airstrikes on the Syrian capital, Damascus. At least two fighters of the Lebanese group were reportedly killed in the airstrikes.

Beirut’s Southern Suburb is known to be the stronghold of Hezbollah. Many of the Lebanese group’s main headquarters are believed to be located in the district.

While Afif claimed that the drones were Israeli, other Hezbollah sources told AFP that this has not been established, so far. More information on the mysterious drones may be released in the coming hours.

time for some tit for tat – a nuke in the knesset maybe would be deemed sufficient.

klove and light
Reply to  verner

stop with the childish remarks” a nuke in the knesset”

the resistance would never , even if suppiled to them use nuclear weapons….they are satanic weapons…..and as their leader has pointed out over a dozen times

” i do not allow nuclear weapons to be produced, they are against god”

ps. hezbollah and iranian Forces do NOT Need nukes to flatten Israel and conquer/push the Zionist satanic pigs into the Ocean!!!!

I am sorry to say that the Iranian mullahs are loudmouth illiterate illogical dumbasses and they will do squat. Iran has no nukes and no airforce, that is why they are humiliated daily. The Shah’s military if it had survived may have put up a fight as it had modern weapons and was getting to be a professional force, but the revolution hijacked by the worst religious scum put an end to that. All this satanic weapons is a load of crock as all major powers and self-respecting nations have nukes, even Zionists do.

Its only good manners to send one back to them.

Writing on Twitter after Saturday’s Israeli strike, Prime Minister Benjamin Netanyahu said: “Iran has no immunity anywhere. Our forces operate in every sector against the Iranian aggression. If someone rises up to kill you, kill him first.” Iran should be ashamed if it has any honor left after such open boasts from Zionist scum.

The Lebanese media are reporting 5 deaths and also extensive damage to the media outlet. Let’s see if Hezbollah puts its money where its mouth is?

May you be blessed if that happens, but so far 2 Lebanese Shia have died in Beirut and 5 in Syria.

At least five members of Hezbollah were killed during the Israeli attack on the Aqraba area inrural Damascus, a source from the Syrian Army told Al-Masdar News.

Three hezb fighters died in the Syria attack (two instantly and one later from his injuries), and non died in the attack on hezb media center in Dahiya-Beirut.

Shia can never hide the number of their dead martyrs – their religion requires that they get buried inside of three days after death, and ALL dead hezb fighters are given a public honorary funeral procession in their villages or towns. Impossible to hide or fiddle with the number of hezb dead. It’s an insult to the families of the fallen to do this.

on the other hand, they do often make up exaggerated numbers of civilian deaths for propaganda purposes.

haha. How do you look in the mirror with such an ugly soul?

No soul is uglier than the jew. Just ask Jesus.

Israel freely areal bombards the media of Lebanon, and all of Lebanon combined did not even attempt to level the Israeli media. Hmm…

then you go ahead and bomb Israelis, this is not kid´s game, Israeli has US back and technology, need to be bombed surgically and wait for the best moment. You are so narrow and simple minded.