Hezbollah’s Operations Command announced at a press conference that Hezbollah had achieved its main goal in the operation in Jaroud Arsal: to push Al-Nusra Front out of Jorud Qalamoun and counter the security and military threat.

“We have defeated Al-Nusra Front in the entire Jorud Flitah and surrounded them within an area of about 5 km square east of Arsal, equivalent to about 5% of the total area of operations,” the Operations Command said. “Jorud battles are an extension of the battles initiated by the resistance in Al-Quseir in 2013 and completed in Qalamoon in 2014 and then in the Eastern Range and Jorud Qalamoun.”

The Operations Command confirmed that Hezbollah fighters succeeded in breaking the defense lines of Hay’at Tahrir al-Sham (HTS) in Jorud Flitah and Arsal. They also managed to carry out attacks behind enemy’s lines.

According to the Operations Command, the difficult geographical nature of the area gave HTS fighters upper hand in all stages of the operation. However HTS got defeated in each one.

Hezbollah’s Operations Command announced that Hezbollah fighters have fought HTS fighters and suicide attackers from a close distance, and destroyed several VBIEDs during the Battle of Arsal and discovered several workshops for IED, Mortar, and tons of explosive materials. Operation Command confirmed that Hezbollah controlled all HTS operations rooms in Jorud Arsal except one.

According to Lebanese sources, Hezbollah, the Lebanese Army and the Syrian Arab Army (SAA) may launch a new offensive within days against ISIS fighters on the Lebanese-Syrian border north of Jorud Arsal.

Hezbollah are a real marvel. 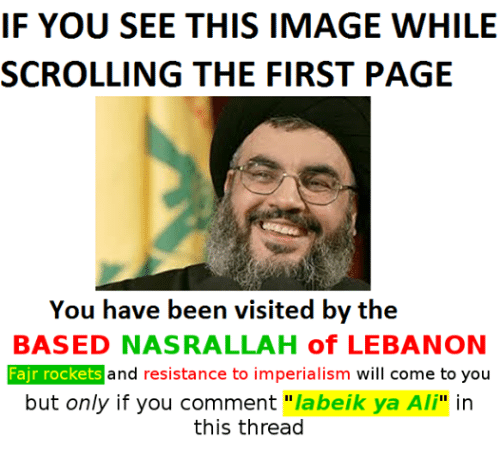 The Nusrats lost in Jaruud Arsal area they had lost against the forces in the region and why they were kept under wraps there. The next region will see some heavier fighting but like the others they are not strong enough to defend it.

im not surprised that they have won so fast against HTS in this area, they were very good equiped. their artilery and close air support from syrian warplanes did a good job in this open area. i wish the SAA would also be so good equiped with helmets and body armor.

sieg heil to you hezbollah

Lebanon has many traitors in their country too.
At this rate, Lebanon will become like the next Syria.
May 14 alliance (anti-Syria and anti-Iran political party in Lebanon) and the Lebanese PM (leader of May 14 alliance) are guided by the American administration and funded by the Saudi government.
May 14 alliance has 59/128 seats in the Parliament of Lebanon.
If Lebanon doesn’t do anything against these traitors then Lebanon is history.