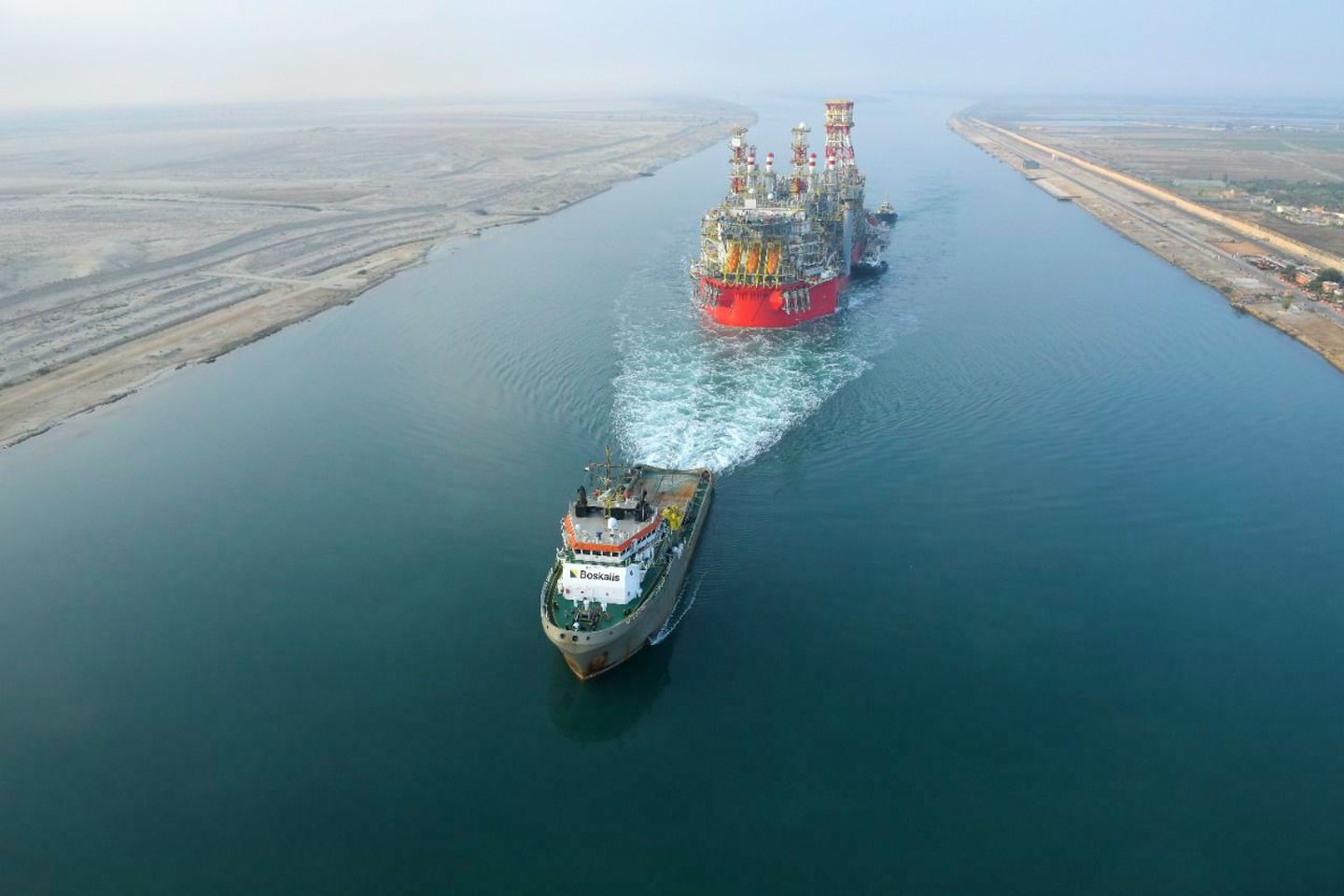 On June 9, Hezbollah Secretary-General Hassan Nasrallah warned Israel against extracting gas from the disputed Karish naval gas field, saying that “all options are on the table” when it comes to protecting Lebanon’s maritime wealth.

In a televised speech, Nasrallah said that Hezbollah is capable all levels of preventing Israel from extracting gas from the disputed field.

The Lebanese-Israeli dispute over Karish heated up earlier this month when the Greek-owned Energean Power FPSO [Floating Production Storage Offloading] reached the field to extract gas under a contract with the Israeli Ministry of Energy.

Lebanon claims that a 550-square-mile area also containing the Karish gas field should be part of its exclusive economic zone in addition to an already disputed 330-square-mile area, which Israel rejects. US-backed talks to demarcate naval border between Lebanon and Israel, which started in 2020, are yet to produce any results.

Nasrallah called the activities of the Power FPSO in the disputed gas field an “aggressive and provocative act” against Lebanon.

“The Resistance is capable on all levels- militarily, logistically, security and individually- to prevent the Israeli enemy from extracting gas and oil in Karish field. The Resistance is committed to defend Lebanon’s maritime wealth,” the leader said. “All enemy’s measures can’t defend the vessel planning to extract oil and gas in disputed zone”.

Nasrallah went on to say that Lebanon’s losses in case of any war will be “nothing” compared to the losses that Hezbollah will inflict on Israel.

“The powerful Resistance can’t and won’t keep mum regarding Israeli aggression on Lebanon’s maritime wealth,” Nasrallah, adding that “all options are on the table” in a message to the Israeli leadership.

Nasrallah also called on Energean to withdraw its vessel from the disputed maritime zone, warning the Greek-owned company that it will be “responsible” for any material or human losses that could be inflicted upon the vessel.

“The Greek firm operating the vessel near Karish has to know that it’s a partner in the Israeli aggression on Lebanon and must withdraw the ship from the disputed zone immediately,” the leader said.

Israel made a serious threat to Lebanon over the issue on June 9. In a joint statement, Defense Minister Benny Gantz, Foreign Minister Yair Lapid and Energy Minister Karine Elharrar warned that Israel has the right to defend its strategic infrastructure and is prepared to do so. The ministers also called on Lebanon to speed up talks on the disputed maritime zone.

Hezbollah’s threats will not likely deter Israel, which appears to be determined to begin extracting gas from Karish before demarcating naval border with Lebanon. This could lead to a serious escalation, especially if the Lebanese government opted to give Hezbollah a free hand on the issue.

The Lebanese group, which possess a large arsenal of precision-guided missiles, has the ability to target gas rigs in Karish. Israel would likely response to any such attack by launching a large-scale operation against the group

Ya, there are now lots and lots of new weapons on the black market 😉 that the US and Natostan have given to Ukronazis

Yes, great irony. The ukie oligarchs shipping the best stuff to the middle east. Israel is going to make a mistake here.

I actually have obtained $19700 merely a month just working parttime at home. Just when I lost my previous post, I was so disturbed and eventually I’ve searched this simple online job & in this way I am capable to get thousand USD from my home. Anyone can certainly get this chance and may collect more dollars on-line by going following internet-web site…….. 𝐜𝐚𝐬𝐡𝐬𝐢𝐭𝐞.𝐭𝐤/

Perhaps Syria can acquire some Turkish attack drones to be used on the ILLEGAL Israeli gas platform. It would be beautiful to see.

Hezbollah has been getting nato and other weapons for a very long time. Their offensive operations have allowed them to obtain variety of nato weapons that were supplied to isis in Syria, Iraq, Yemen etc.

Hezbollah has P-800 Oniks and noor anti ship missiles. Hezbollah will literally sink every Zionist ship as the iron dome can’t stop such missiles because it wasn’t built nor tested against supersonic missiles. If Hezbollah acts, israel will get embarrassed very badly in the eyes of the world, and people who hate Hezbollah will start liking them like post 2006 war. Israel relies on people hating Hezbollah, if Hezbollah is seen as a hero, more people will ally with Hezbollah. Israelis think they’ll win this war, but they’re mistaken. Hezbollah will change the whole Middle East after they hit the ships, even if Israel doesn’t declare war, Israel will be attacked by Palestinians more often because they’ll think Israel weak

Still no response to legal transgenderism in Iran financially supported by the state, which was legalised after the Islamic revolution. en.wikipedia.org/wiki/Transgender_rights_in_Iran#After_the_Revolution

The Truth
Reply to  zoumbarak

zoumbarak
Reply to  The Truth

That’s not true, you are allowed to change your gender based on psychological reasons. You obviously didn’t bother to read into it at all and just assumed the best. Lots of documentaries and official statements on this.

Zoumbarak What has transgenders got to do with this subject and discussion Are you plain STUPID?

Ignore this, stay in your bubble of dialects “anti-west” vs “pro-west”, both can be bad.

http://www.youtube.com/watch?v=mluAsZFy5Ls – transgenderism in iran since 1980

are you talking about Your Elite of psico pedos terrorists nazis ????

as the lgbt satan decays into the dustbin of history—-their colonies will become more desperate….prophet will be sodomized by Sawyer, Israel will merge w saudis, Jens will be transferred to mental institution in Greenland