Hezbollah will destroy any Israeli brigade that would dare to enter Lebanon in the face of the entire world, the Lebanese group’s Secretary General Hasan Nasrallah vowed on May 1 at an event to commemorate the death of Hezbollah’s former military chief, Mustafa Badreddine.

“On the third anniversary of Sayyed Badreddine’s martyrdom we reiterate our promise that all Israeli brigades which will enter Lebanon will be destroyed before the eyes of mainstream media and the entire world.” Nasrallah said, according to the al-Manar TV.

The Lebanese leader also slammed recent reports by U.S., European and Gulf state outlets on the possibility of an Israeli war on Lebanon, calling them “a psychological war.”

“O Lebanese don’t allow any side to intimidate you. You are not weak. Lebanon has a real power … Despite our points of weakness, the resistance’s readiness has not been affected despite the harsh sanctions imposed against us,” Nasrallah said.

Last month, several outlets reported that France had warned Lebanon that Israel could attack precision-guided rockets of Hezbollah. According to the London-based al-Hayat newspaper, Paris believes that the Lebanese government should take steps to ensure that such advanced systems will not have a presence in the country.

These reports are indeed a form of psychological warfare, as Nasrallah had suggested. However, the chances of an Israeli attack on Lebanon remain high, especially with the unlimited support that Tel Aviv is getting from US President Donald Trump’s administration.

of course and the world will help out, help out in such fashion that the squatters will be swimming for their friggin lives.will be fun to watch devastation and mayhem brought on the squatters by a vengeful world.

Touch Lebanon like that and hi-tec tel aviv will be turned to a smoking heap.

If only Hezbollah can develop their own surface-air missile systems, they’d be so much more powerful and resistance against the European Jewish colonists

What makes you think they don’t have ’em already? Israel thinks they do, hence no strikes on Lebanon since 2006. Hezb “promised” many surprises in the next war.

I agree. I wonder why Iran (who supposedly has homemade anti-air systems) has not delivered even a few. Anything would be nice to push the Khazar’s back into Northern Asia where all Khazar’s come from.

Once it kicks off it won’t last long enough for SAMs to be needed. Blitzkrieg 2.0

We all have that unforgettable image of Israeli soldiers creeping back across the border in 2006, weeping and crapping their pants . .

you mean this image? 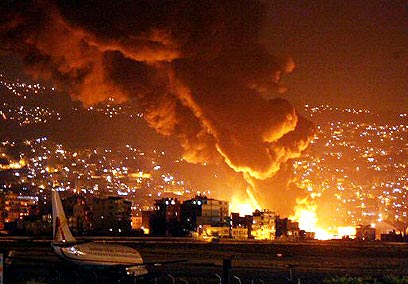 your leaders are cowards that hide in secret bunkers under ground for the past several years,

it’s always funny to read how Lebanon promises to destroy Israel only to have their asses kicked so hard that even your citizens don’t support Nasrallah anymore.

bring it on, I’d love to see some more images of “israeli soldiers retreating” as you said it..

i came to a conclusion that all the arab nations are masochistic morons who enjoy the suffering and death that their leaders bring upon them..

you can say whatever you want, facts don’t lie, Lebanon is weak and cowardly, all it was ever good for was cowardly rocket launches from the woods and spreading propaganda, but Lebanon is a dog that’s all bark, no bite. and the next war will be no different than the previous 3 wars in which Lebanon participated against Israel.. all you are are cowardly dogs

No not the image of them killing hundreds of innocent civilians. The one of their “brave” pussy soldiers crawling back across the Lebanese border, crying, calling for their mothers and kissing Occupied Palestine land and saying they NEVER want to go back into that horrible place EVER again. It was the most degrading, humiliating end to an illegal invasion of a smaller, weaker neighbor. Some of those soldiers were so traumatized by the experience, they ended up in psychiatric institutions in Haifa and tel Aviv . .

oh it’s so amusing to read this article, you’re just forgetting one fact, Israel has won every war the arab nations brought upon it, and the last Lebanon war was ended in under 2 months, all while IDF felt it should have done more, and believe me, every 2nd Israeli is hoping Hizbollah to attack again, this time Israel will wipe Lebanese gov along with it’s ridiculous fat coward nasrallah. please make our day, bring it on, see what happens!

“bring it on”? LOL what a brainwashed coward wanker. Clearly, you need a diaper change after reading the linked article.

Why waste a diaper on the putz?

what about the Golan???

Hopefully Hezbollah have lots more Kornet and Konkurs ATGM missiles – they’ll need it for a next possible war against European Jewish colonists. Maybe they even have Igla/Strela MANPADS

It’s a shame Lebanon cant achieve the economic prosperity that Israel has…
oh wait – Israel is given over 50 Billion $ a year in financial aid by the US – Lebanon is NOT
oh wait – Israel is given 40 billion$ a year in military equipment by US – Lebanon is NOT
oh wait – Israel is given billions of $ more by France/UK/NATO , Lebanon is NOT
Israel was allowed to bomb Lebanon for a month, kill 3K civilians, and continually infringe on its aerial sovereignty every month
Hopefully some day Lebanon will achieve great prosperity, but with Israel seeking its destruction and making sure it can’t fight back, doubt it anytime soon
Hezbollah primarily is the ONLY reason Lebanon is NOT controlled by Zionist Israel
Also the Communist Party of Lebanon have helped greatly in 1980’s war against Israel and still help
As long as Lebanon maintains a powerful army in the form of Hezbollah, Israel wont be able to occupy or annex territory from its neighbors

this is ridiculous! last lebanon war 2006, hezabolla suffered 500023456 casualties and IDF only suffered 10 casualties + 1 destroyed merkava!
IDF super strong invincible! murica is greatest! we and Zionazis will install McDonalds across all the globe and middle east! Murica!

Meanwhile in factual world: Majority of those killed in 2006 war were Lebanese civilians, as stated by Lebanese Higher Relief Council (HRC) figures, UNICEF and various international press agencies. The 2006 IDF casualties were between 118 to 121 dead depending on which source used – including the two soldiers whose bodies were seized in incident that started the war – whose fates weren’t confirmed until bodies were exchanged for Lebanese prisoners in 2008. Figures for the Hezbollah fighters killed are also variable depending on sources, with Hezbollah claiming 250 of its fighters killed, while Israel claimed to have identified 530 dead Hezbollah fighters (distinguishing bodies of fighters from civilians is moot issue).

nonsense! murica is best because we have mcdonalds all across the globe! muh tomahawk missiles and muh 11 aircraft carriers rule!
muh super stealthy F-35 bird strike magnet is supreme!
MURICA!

the so called israel (illegal settlement on stolen land) will be dismantled once china is up and running its one belt one road program into europe through iran. there is no way china will allow the squatters to continue its illegal existence so the squatters will have to apply for green cards to moronistan (aka usa – home of criminally inane and corrupt morons) and hope they will be accepted (which they won’t since they are welcome nowhere in the world).

a sight to behold when they, the squatters, line up with their green cards and bags full of stolen stuff.

lol so far the only sight to behold was the massive destruction of Beirut’s infrastructures and the cowardly Lebanese leaders begging Israel for a seize fire after just 30 days, israel eventually accepted, but this time it will not end there, I assure you, you can whine here all you want but all you do is bark like a mad dog, and mad dogs are put down