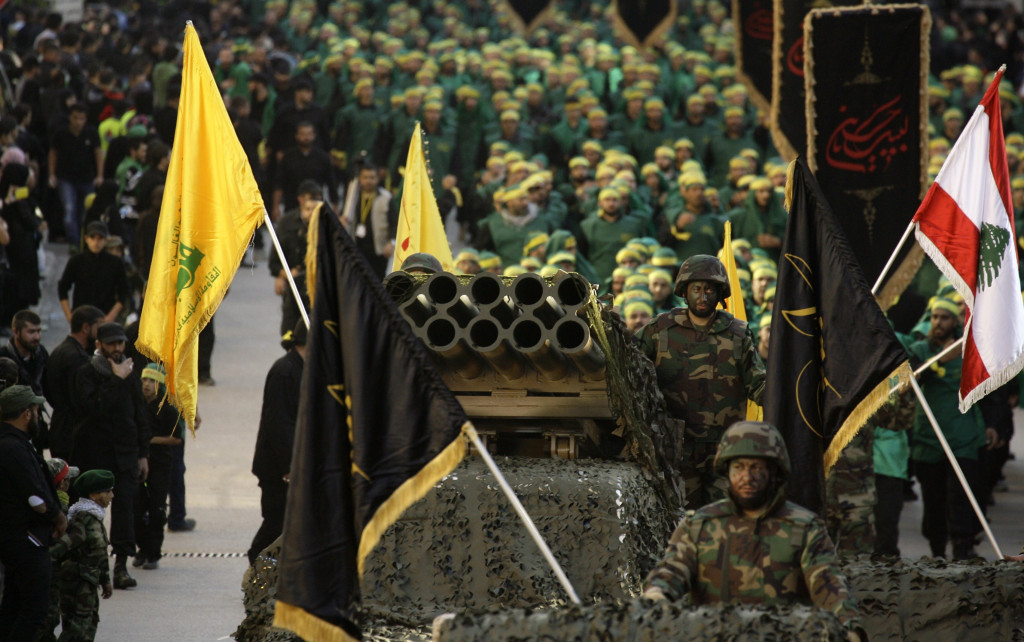 Members of Lebanon’s militant Shiite Muslim movement Hezbollah stand on a pick-up truck mounted with a multiple rocket launcher as they take part in a parade in the southern city of Nabatiyeh on November 7, 2014, to mark the 13th day of Ashura, where believers mourn the killing of the Prophet Mohammed’s grandson, Imam Hussein, during the battle of Karbala in central Iraq in the seventh century. AFP PHOTO / MAHMOUD ZAYYAT (Photo credit should read MAHMOUD ZAYYAT/AFP/Getty Images)

According to a senior officer from the Syrian Arab Army’s 4th Mechanized Division, Hezbollah and Harakat Al-Nujaba (Iraqi paramilitary) forces have flooded the Sheikh Najjar Industrial District inside Aleppo City’s northeastern sector these last two weeks in order to prepare for the large-scale offensive to cutoff the so-called “Islamic State of Iraq and Al-Sham” (ISIS) between the Al-Safira Plains, the Deir Hafer Plains and the Al-Bab Plateau.

The goal of this large-scale offensive will be to link the Sheikh Najjar Industrial District with the Aleppo Thermal Power Plant that the Syrian Arab Army’s “Tiger Forces” are attempting to seize from the ISIS terrorists along the strategic Aleppo-Raqqa (M-4 Highway) in the Aleppo Governorate’s eastern countryside.