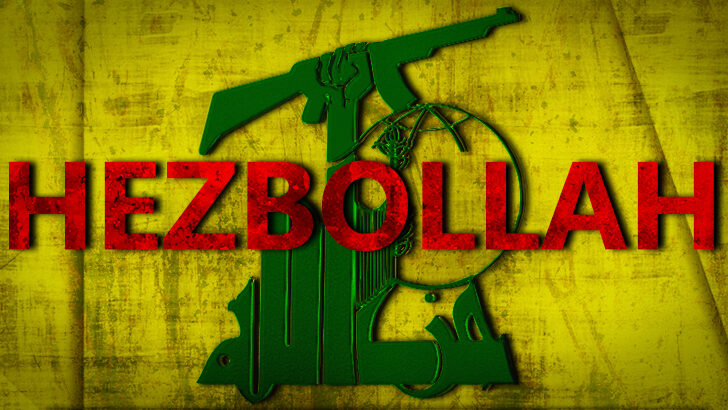 Hezbollah is working to disguise its positions on Syria’s border with Lebanon to keep them away from Israel’s eyes, the Syrian Observatory for Human Rights (SOHR) reported on November 10.

The London-based monitoring group said that Hezbollah raised the Syrian flag over three of its positions near the district of al-Dimass in the western outskirts of the Syrian capital, Damascus. The district is located less than four kilometers away from the border line with Lebanon.

Hezbollah fighters in al-Dimass have also began to wear the uniforms of the Syrian Arab Army (SAA) and place its flag on their vehicles.

Israeli airstrikes hit Syrian military positions in al-Dimass and nearby areas twice in October, specifically on the 21st and 24th of the month. The target of the airstrikes was reportedly Iranian weapons shipments which were on their way to Hezbollah in Lebanon.

A third wave of Israeli airstrikes hit Damascus on the 27th of October. The target his time was reportedly positions of Hezbollah in the southern outskirts of Damascus. A Hezbollah-affiliated Syrian fighter was killed in the airstrikes.

Hezbollah has been active along the Syrian-Lebanese border since its foundation in the 1980s. In the last few years, the group expanded its presence on the Syrian side to support the SAA, especially in the western outskirts of Damascus, the Qalamun mountain chain and the southern countryside of Homs.

Israel’s recent attacks were likely meant to force Hezbollah out from Damascus outskirts and border line with Lebanon. Tel Aviv could launch more attacks on these areas soon. Hezbollah is apparently preparing for this in cooperation with the SAA.

Sitting ducks, go home and brag how you managed to escape successfully since you brag about anything

Hezbollah has military bases all over the ME, their enemies will have to invade multiple countries to stop them

We keep blowing them and they keep running. Yesterday today tomorrow. Israel cleanse terror until terror is no more. Wait and see 🦾🇮🇱🦾

The “Syrian Observatory for Human Rights (SOHR)” also stated that Hezbollah fighters are growing fur and long tails, based on the false belief that the Israeli airforce wouldn’t attack monkeys. Seriously, what a lot of hogwash. Israel attacks Syrian positions all the time. Actually, they are *more* hesitant to attack Hezbollah, because the latter tends to retaliate, whereas Syria doesn’t. This report has one goal only: to divide Hezbollah and Syria. Nice try (not) but nah, won’t work. Why on earth does SF multiply such nonsensical propaganda… wait…