In a trite refrain straight out of the standard Washington regime change playbook, the United States has lodged a formal complaint alleging Iran is developing nerve agents “for offensive purposes”.

Like Syria before (and Russia), first comes the “outraged!” human rights violations rhetoric, then come crippling sanctions and international “pariah status”, and for the final push comes unfounded chemical attack claims, a charge now being formally prepped and set in motion against Tehran by the West.

After the AP first revealed a week ago that the U.S. is set to accuse Iran of violating international bans on chemical weapons, an American diplomat has told the global chemical weapons agency in The Hague that Tehran has not declared all of its chemical weapons capabilities. On Thursday Ambassador Kenneth Ward told a meeting of the Organisation for the Prohibition of Chemical Weapons (OPCW) that Iran was in violation of an international non-proliferation convention.

“The United States has had longstanding concerns that Iran maintains a chemical weapons program that it has failed to declare to the OPCW,” Ward said at an OPCW conference.

“The United States is also concerned that Iran is also pursuing central nervous system-acting chemicals for offensive purposes,” he added. He connected this with the general White House charge and theme that Iran and Russia had “enabled” Syria in attacking civilians with nerve agents, according to claims of officials in the West.

While a number of commentators acknowledged the sheer lack of evidence to back the claims — something that’s never stopped US officials from making the charge whether it was Iraq, Libya, or Syria — Ward merely cited historical information from the 1980s alleging Iran had transferred banned chemical munitions to Gaddafi’s Libya.

Of course, ironically the US had been supplying Saddam Hussein with chemical productions equipment and capability during that very period of the 1980s, according to recently unearthed CIA files. USA is NOT CLEAN ,They Have SUPPLIED and USED CHEMICAL WEAPONS ..WORLD WIDE …………. NOW ACCUSES IRAN of HIDDEN IT

Sorry, but it seems it was not the US, but my beloved UK:

yeah, the day after they bombed Syria with white phosphorus.. you couldn’t make this up.

You can call me Al
Reply to  H Eccles

here some history info for all folks….
1997 OPCW signed by all nations except n.korea,egypt and south sudan.
The agreement is official and signed.

2 motherfucking nations signed the agreement but will not apply it and destroy their stockpiles since 1997.Although israel signed but never ratified the agreement.typical jewish slickness.The USA simply doesnt give a shit.They signed and ratified.

Agreed Potcracker. There is nothing more to be said about it other than ………”mother-fuxxers”

????? Opec = The Organisation of the Petroleum Exporting Countries – The US, N.Korea, South Sudan and Israel were not exporters then.

I totally agree with your postscript.

Uncle Sam is clearly worried about something to suddenly start throwing around completely unfounded allegations against Iran. Are US-Forces and International Coalition about to be found out on the fact they have been protecting ISIS in S Syria, Idlib & NE Syria? rather than (supposedly) ridding humanity of that pestilence??

found out….. Is there any one with more than a 5 second thinking span, that dont know this already?

I know it. You know it. Many here know it BUT the great unwashed out there in the canyons of NY and on the Great Plains and in the Shires of England and everywhere in between have no idea what has been happening in Syria ……. or Iraq other than what has been peddled to them by the usual suspects in our patriotic media. That is why I say “found out” ………. Saudi pestilence everywhere is having it knickers stripped from it.

Problem is most people dont even know where syria.or iraq is…ignorance is the pestilence we have to deal wih here first

I agree with you Mike! People have forgotten (or they’re too lazy) to read anything more than Headlines and as you and I know, Headlines usually have little or nothing to do with the meat of Newspaper Articles or Articles on Websites.

experiences teach me one thing, that is a matter of fact. The ones who pretend they dont know, is because really they dont give a sh*t either way. Have it ever occurred to you that they do know, all who many been trying to awaken, they just dont care?

that is the problem “ish” – it i not the thinking span, but the memory span; especially as governments then fill the news with a load of bllx, false flags to divert attention.

ok ……. in the line of business I was since the age of 27, was government contracts and international finance. I know who rule west most of them better they know the rulers, themselves and their corruption is bottom less. I am also very well versed in historical fact and the misinformation game governments and brainwashing done, to their subjects.

One thing I never seen to western countries, is justice, on any level, beside the level of the every day family person who fight to put food on his family table. We as well as you know the people who represent justice.

Coincidentally , Al Aqeda which was created by US to counter balance Soviets in Afghanistan suddenly reemerges again in Afghanistan and spreads to Central Asia on to proposed path of Chinese Silk Road project, weapons stolen from Libyan arsenals after NATO operation and murder of ‘Terrorist’ Gaddafi appears in hands of Al Qaeda and ISIS in oil rich Nigeria, and in Burkina Faso , Mali where there are significant Gold and Lithium resources. Pure luck.

Strangely enough, the news is out in The Netherlands and Germany that both were funding terrorists (news being side tracked), if only people remembered.

I noticed that! Strange ……. Cats escaping from Bags !!

Why should this particular agency in ”The Hague” take these allegations seriously?

Why aren’t these allegations being questioned since the source simply hasn’t established a reputation for supplying independently verifiable evidence to support quite a number of claims in the past?

Informed people are aware that hearsay simply isn’t admissable in a properly functioning court of law.

After all the lies that followed in the wake of 9-11….US spokes-people have developed a worldwide repution for lying as if their next paycheck depended on it… clearly that hasn’t changed by a single iota.

In an all too familiar scenario….The US is forever preaching what it steadfast refuses to practice at home.

This occaision proves to be no exception to the rule.

You can call me Al
Reply to  Southern 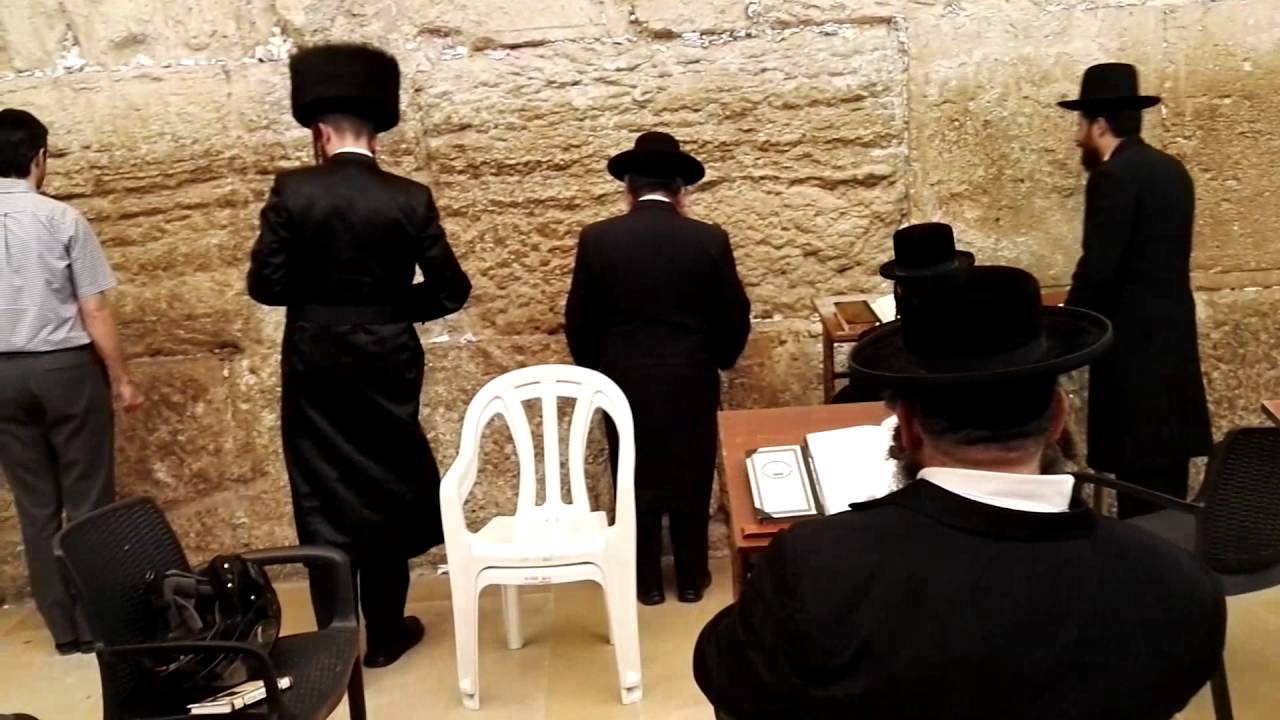 Southern
Reply to  You can call me Al

You’d think that after Iraq people would stop believing anything that the US or intelligence services say, but Libya and Syria have sadly proven otherwise.

After Iraq, People have become highly skeptical of the authorities versions of events, if anything we learned that we’re being lied to on a daily basis.

Just because the MSM is saturating its audience with the authorities version of events does not mean to suggest that it’s true.

Good journalism should be dedicated to accurately reporting events as opposed to copy and paste stenography that become the norm.

When a government spokes person makes a claim about something – they should also provide the supporting evidence, secret evidence or hearsay simply isn’t good enough.

No evidence, no right to speak.

Strangely every country that conradicts US interest support terrorism , bears WMDs or chemical weapons which they intend to use against their civilians. .But when Petit Prince of KSA orders a political execution, ‘the world we are living is a bad place , Such things happens from time to time” I really dont know if people in west are really swallowing these lies , or they simply dont care.

You can call me Al
Reply to  Sencer

Just say by by to MBS and await the new puppet.

Hmm too much US/Iran related issues lately, I believe that there is some plan cocking up in the US presidential Black House that want to trigger a war with Iran, but Iran will not be a terror group/s as it was in Iraq, its is equivalent sophisticated army with many allies. If the United Snakes decide to go to war with Iran that will be the fall of them, because they will end there, it is very different when you are defending in your own country and its very different when you country is 7000 km away and you are attacking someone same distance that far, you will lose and bleed resources and military personnel and military equipment too much and fast. Typically this was the deal in Iraq = the WMDs but there was none, and 200k US soldier entered and they fought against a civilians with Ak-47s and some RPGs and they call them terrorists. Easy now US Iran is not Iraq and they have legitimate army on disposal, the thing is that In Iran there are 80 million people, half of those will just die instanyl for their country, on a contrary ask the americans how much of them will die for their country in a foreign country invasion.????

Iran, Russia, China or even North Korea or half of South America….. maybe all. I agree with you; they must have it relatively soon, otherwise they are just dead ducks anyway.

Keep an eye on this web site. Interesting stuff, unless you are from the UK – if the latter, it leaves a bad taste in your mouth:

andyoldlabour
Reply to  You can call me Al

Thank you so much for that link, it is certainly going to keep me occupied for a long time. When you read some of the stuff in there, particularly about Iran, is it any wonder that many countries around the World hate the UK/US and our continuous meddling, interventions, coups and wars.

You can call me Al
Reply to  andyoldlabour

I know Andy, some of the article are particularly sickening (to me).

“WEAPONS OF MASS DESTRUCTION” ¿ Is there any northamerican that can believe his government ? Yes, why ? the stupidity has not limits.

Usually follows “highly confident” CIA starting with WAPO, circular reporting by others & you have a textbook legitimizing fake news.