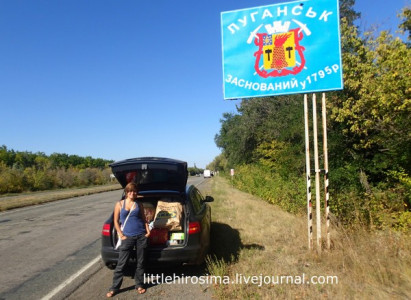 That most recent trip had every possibility of being the last.
Something inside me burned out then. Back in September.
It was either the constant encounters with human villainy, or maybe I was simply tired.
Or maybe PTSD had set in. I don’t know.
But now I understand–the point of no return has been passed.
We’re heading out on our next trip.
Here’s the report from the previous one: 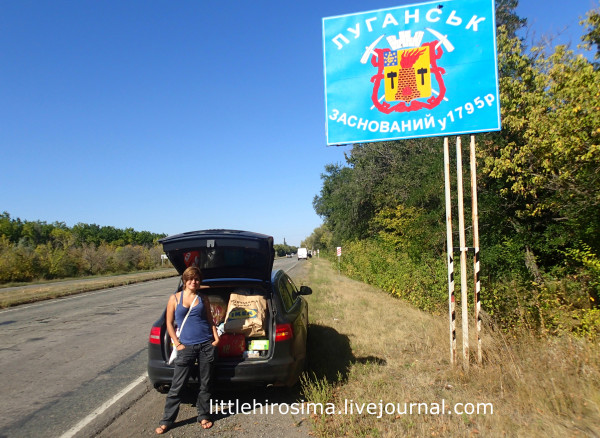 Like in our previous summer trip, we drove a car carrying a packet of cash which you contributed.
I write every time about how the geography of aid recipients is increasing. Now I should add that I already have friends who regularly send money from abroad. People who don’t know Russian and have no relatives in Russia. They write letters. Even personal ones–wishing success, or offering advice on buying a new camera. Some of them read my livejournal through google translate and laugh at my child stories or epic-fails.
I’m glad to see people continuing to send money from Kiev.
The donors also include people whose political views are different from mine. But they trust me. And that’s cool.
Many thanks to everyone who sent money, who helped with the purchases, the search for medicine–Lena Zhukova and Tanya Anikina.
Thanks to everyone who sent children’s clothing and formula. Special thanks to my friend Natasha Puchkova who provides us with bags of children’s clothing before every trip–they are badly needed there. 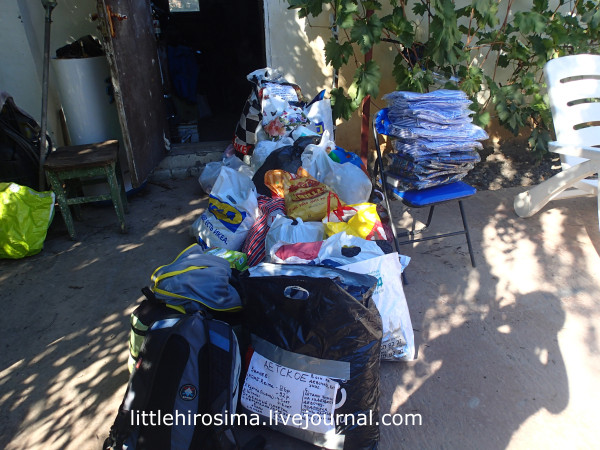 Big thanks to Kolya Zaryanov who contributed his wheelchair. We delivered it to the Gorlovka Hospice.
Kolya, I wanted to write you separately, but didn’t find time. 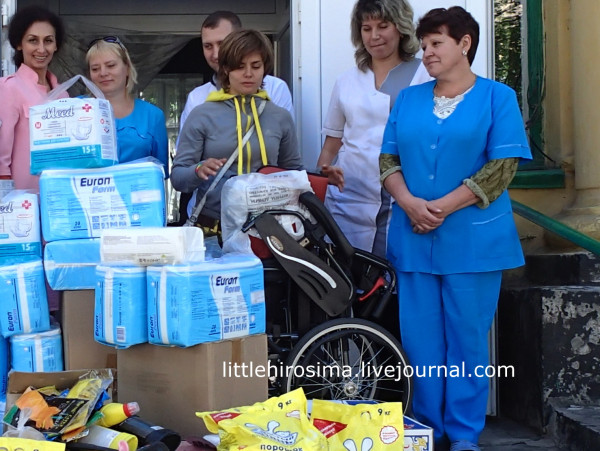 Huge thanks to both of my Zhenyas, the “Moscow” and “Lugansk” one. They have become something akin to a two-faced Janus which is confusing to many. We are a professional team which solves all the problems quickly and precisely.
They are constantly harassing me, gave me the rude call-sign “Kipish” (slang for chaos or disorder), and are always cracking inappropriate jokes. Lena is feeding me her tasty borschch and pickled peppers which practically knock you off your feet. Lena also maintains the finances, keeps the receipts, adds up all the expenditures, and knows who needs what to be delivered.
I love you guys.

Lena, Moscow Zhenya, with our Sergey Kutsenko. Lugansk Zhenya is taking the photo. 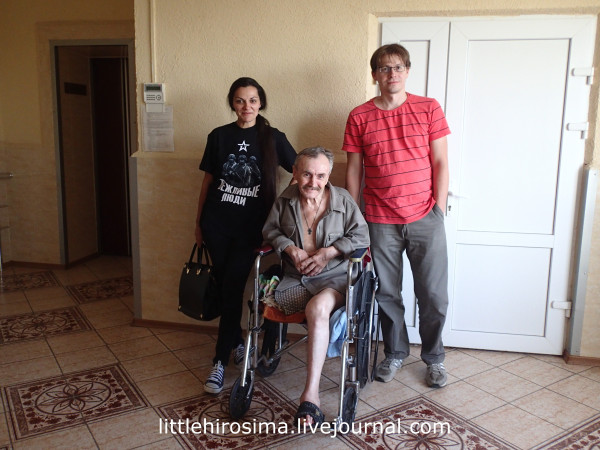 We went to the market every morning and bought vegetables, milk, chicken, etc. If we were visiting an institution, we delivered everything by the bag. If we were going door to door, we assembled food parcels which as a rule included chicken, milk, butter, margarine, pasta, grains, tomato paste, toothpaste, etc. 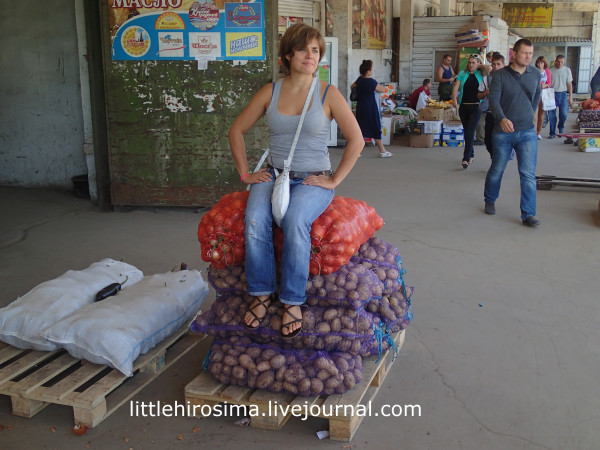 Many people responded to our post about Lyosha and contributed three computers, one of which was delivered by our angel Zhenya Birman who also provided Sergey Kutsenko with a new tablet.
The other two computers are at Zhenya’s and are awaiting their customers. We’ll deliver them to those who need them.
We visited Lyosha at the hospital. To be honest, he really upset me. Which is why I haven’t written about him separately.
We delivered the computer to him–he was at the regional hospital–while they were trying to heal his bed sores on the buttocks. He asked me to take him back to the retirement home where he needed to fill out his benefits paperwork. But he had until early November. There was time. Doctors said it was too early for him to leave the hospital. But he really wanted to go. And I was really worried. If someone can’t solve a problem, it unfortunately cannot be solved for him.
We couldn’t talk him out of it. “Benefits,” “it’s boring”… 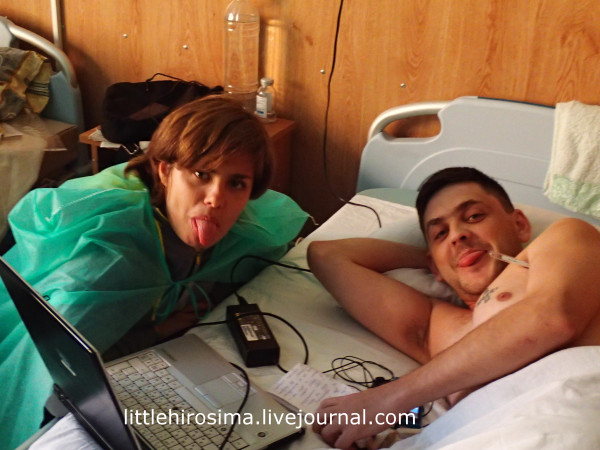 We naturally visited Vika. We’re going to take her to Moscow in the near future. Nobody closer to home wants to have a go at her. It’s a very bad case with almost no chance of restoring vision. But the operation is necessary, the main thing is to find someone willing to risk it. We’re trying to do everything possible. Thanks to everyone who answered the call.
Vika-related receipts have been posted separately.
We also visited practically our relative already, Sergey Kutsenko whom we brought a ton of sweets, gifts, and a new tablet from Zhenya Birkman.
We visited the retirement home in Rovenki for the third time already, bringing hygiene supplies.
This time, in addition to diapers and sweets, we also delivered a lot of letters from all over the world, postcards from the “patients” of the Moscow Psycho-Neurological Dormitory on the Kashirka.
The letters were in Russian, English, and even German languages. So that they don’t feel totally alone. Thanks to everyone who contributed the letters! 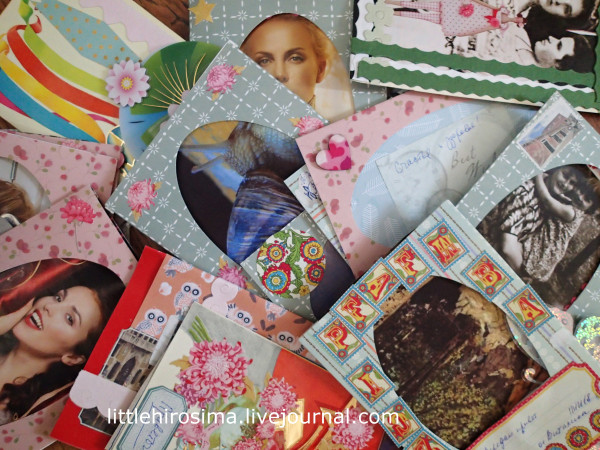 While leaving the retirement home we ran into Anya Garbunich on the street.
We know her very well. But I never got around to writing about her. She’s 56 years old, disabled since childhood. She’s mentally fully competent but suffers from paralysis. A very enlightened and joyous person. By this point we had very little left, but she was happy we had some sweets. She remembers and recognizes us. 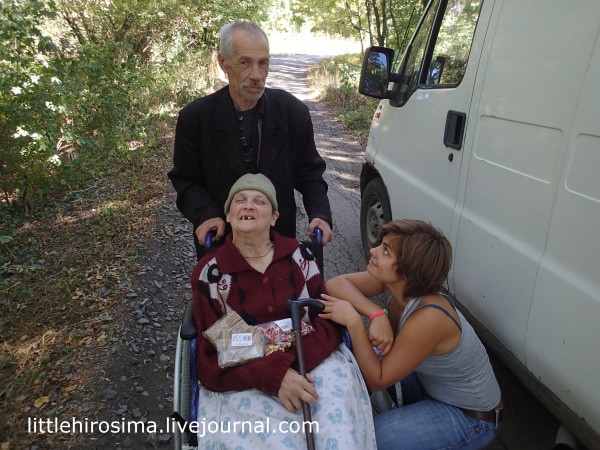 This time we managed to visit DPR.
We delivered aid to the Gorlovka hospice.
Went to Debaltsevo and delivered aid door to door.
Went to the Sukhodolsk orphanage with food and hygiene products.
And the most important visit was to Pervomaysk.
After the report on the disastrous water situation, I decided to collect money for pumps and drilling.
In a few days we collected 50 thousand and delivered it to the workers. They almost immediately bought a pump.
We’ve also brought a lot of medicine to the city, which we distributed to specific addresses. 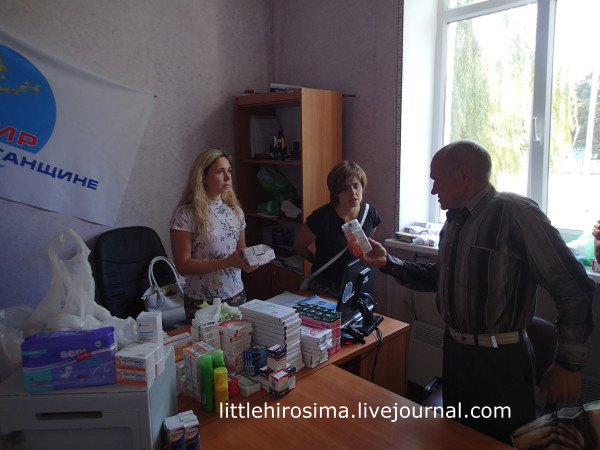 We delivered aid together with Olya.
This is Alina Yuryevna Vosloboyeva. Her husband was killed in February while she was still pregnant. She is a mother with four children. The fourth is the two-month old Roman Romanovich.
Now she’s raising them by herself. 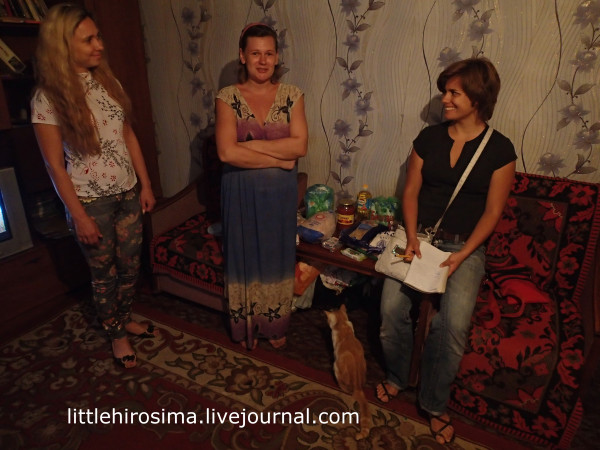 This is Lyudmila Dragula. Single mother. Daughter is seven, just started school. Like my daughter. 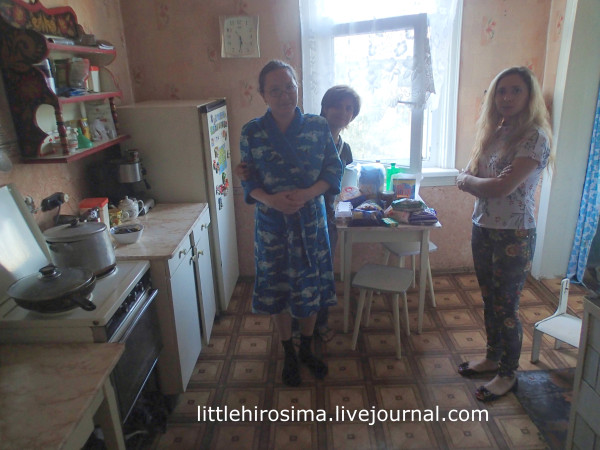 We delivered vegetables to a dorm for people rendered homeless. 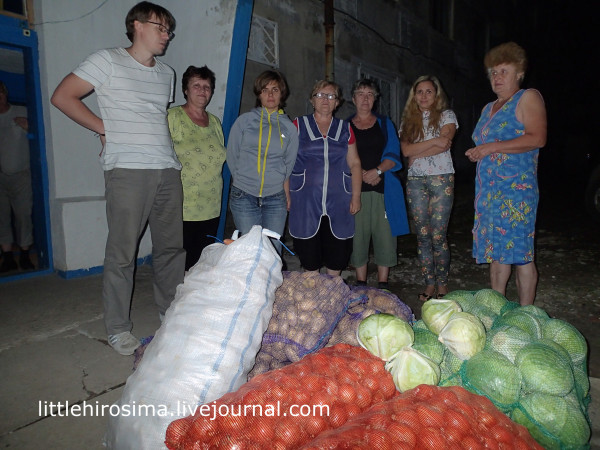 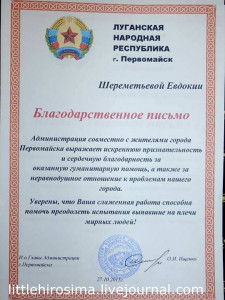 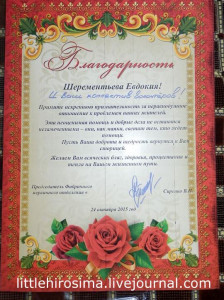 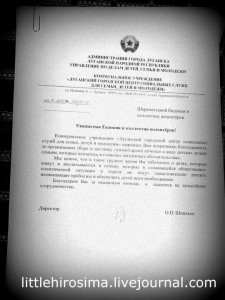 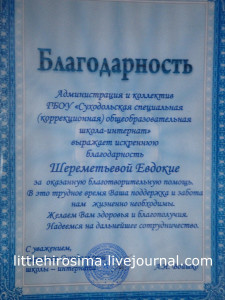 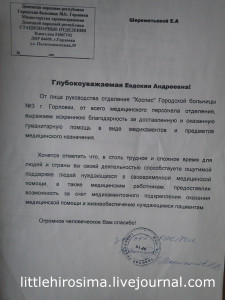 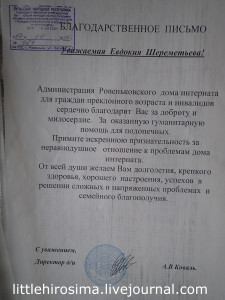 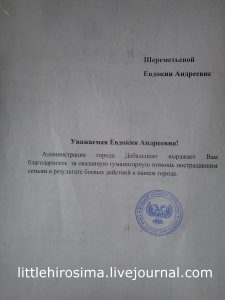