The authorities of Cologne city may use better CCTV cameras, mounted police and helicopters in order to prevent mass sexual assaults in the city during the upcoming New Year celebrations. 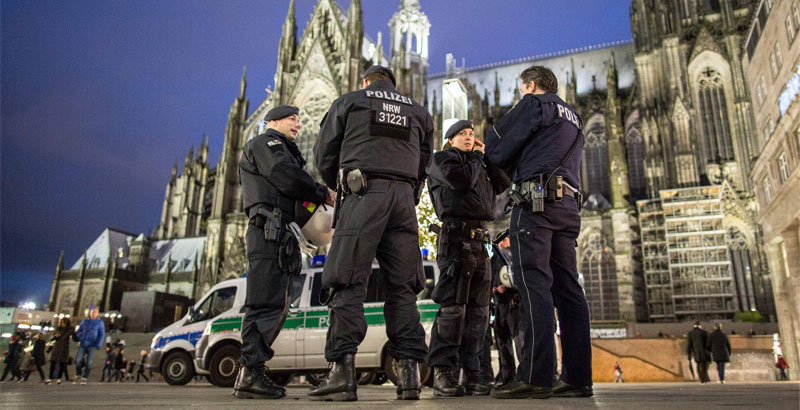 Police officers outside the main station next to the cathedral in Cologne, Germany (Photo: Zuma Press)

The authorities of the city of Cologne are going to use better CCTV cameras, mounted police and helicopters in order to prevent mass sexual assaults in the city during the upcoming New Year celebrations. The decision was announced in a report, released after an analysis of what happened in Cologne during last year’s festivities, conducted by a group of experts and federal police, under control of the Federal Criminal Police Office.

According to the 60-page report, which was obtained by the Cologne’s Express newspaper and will be discussed at a conference of interior ministries, helicopters and mounted police should be deployed in the city “for regular assessment of the situation” during celebrations. The document also noted that limiting the number of visitors in certain areas of the city during New Year events can also help to prevent crimes.

“Due to the high number of visitors, possible [criminal] activities could not be detected and stopped in time. In addition, there was no way for the victims to escape the situation,” the report reads about the events of the last year, when the mass sexual assaults rocked the city on New Year’s Eve.

According to the document, better light sources and better video surveillance will also improve the situation.

“Many camera images from and around Cologne Central Train Station had poor quality to identify perpetrators,” the report noted.

Detention of “intoxicated or aggressive groups of persons” and introduction of more effective registration of migrants are other measures, which were proposed by the paper. The document also recommends to deploy ‘mobile offices’ of Europol, which could be directly connected to police deployment areas, in order to improve data sharing with other countries.

According to the report, officers, specially trained to handle sexual assault victims, in particular women, should also been deployed by the city’s authorities “in order to carry out qualified questioning and secure objective evidence.” The paper also called on the authorities to arrange for better integration of migrants into the social fabric of Germany.

The city needs to “improve the basic conditions which result in social-structure disadvantages and frustrations as a result of lack of personal exchange, financial participation, recognition and barriers to getting to know women,” the document reads.

The recent figures on the crimes, committed on New Year’s Eve in Germany, were also revealed by the report: there were 881 sexual offences, involving over 1,231 women, most of who were between 18 and 24 years. Apart from Cologne, similar incidents took place in Stuttgart, Hamburg, Dusseldorf and Frankfurt. According to the document, almost all the suspects involved in the New Year’s attacks came from Iraq, Algeria and Morocco.

Bullshit they cant do shit we need Orban!

or maybe we implant brain chips ? Thats much easier than shutting down the border ! Because Hitler !