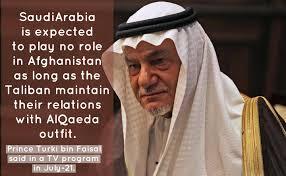 Prince Khalid bin Salman may not have planned it that way but the timing of his visit to Moscow last week and message to Washington resounded loud and clear.

The Saudi deputy defence minister was signalling by not postponing the visit that he was trying to hedge the kingdom’s bets by signing a defence cooperation agreement with Russia as the United States fumbled to evacuate thousands from Afghanistan after Kabul was captured by the Taliban.

Saudi Arabia would have wanted to be seen to be hedging its bets with and without the US debacle. The kingdom, moreover, realizes that Russia will exploit opportunities created by the fiasco but is neither willing nor capable to replace the United States as the Gulf’s security guarantor.

Nevertheless, Saudi Arabia likely wants to capitalize on jitters in the United States as Washington tries to get a grip on what went wrong and come to terms with the fact that the Central Asian country will again be governed by the very religious militants it ousted from power 20 years ago because they allowed Al Qaeda to plan its 9/11 attacks from Afghanistan. 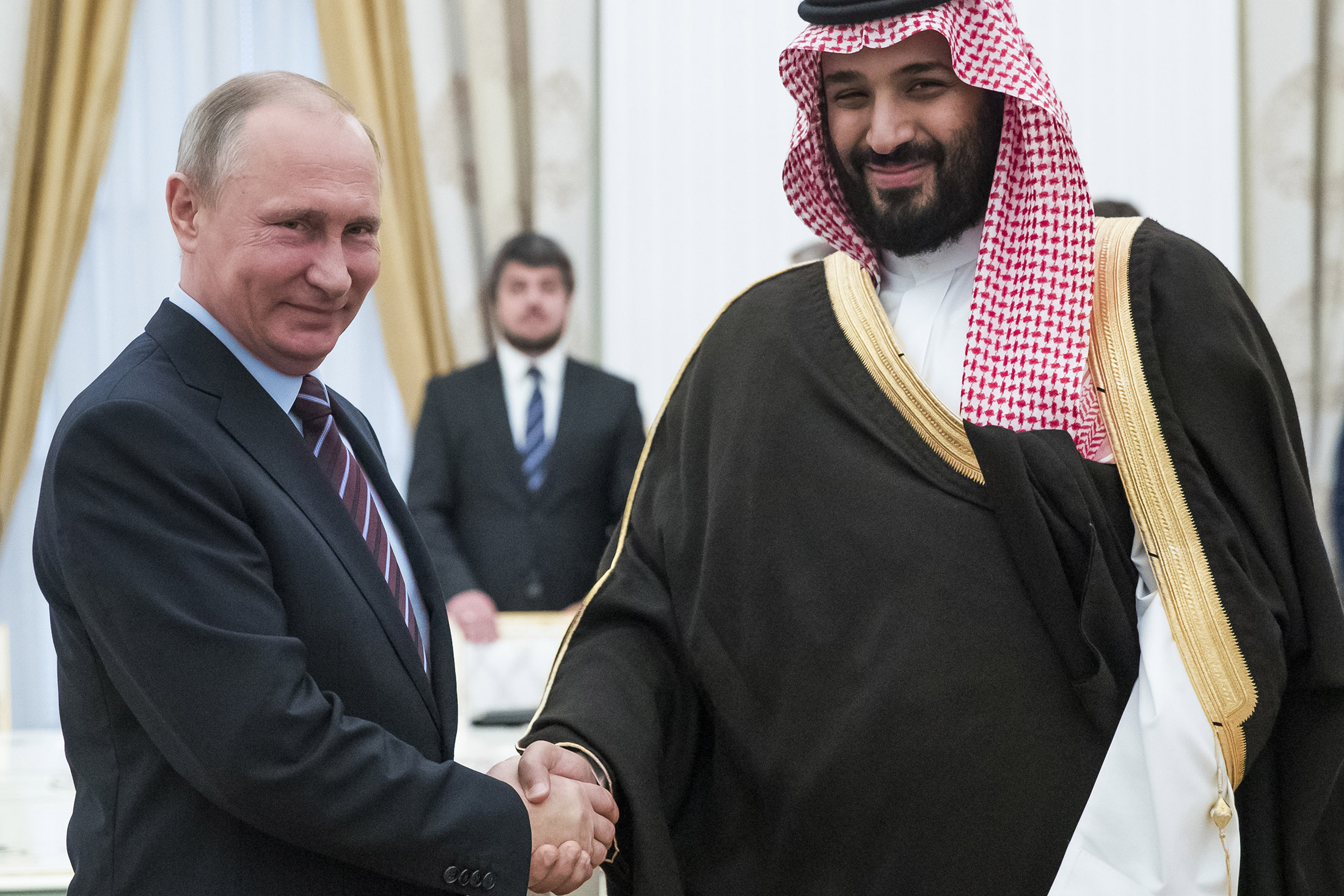 Russian President Vladimir Putin (L) shakes hands with Saudi Deputy Crown Prince and Defence Minister Mohammed bin Salman during a meeting at the Kremlin in Moscow on May 30, 2017

Al Qaeda, alongside various other militant groups, still has a presence in Afghanistan. The Taliban insist that no one will be allowed to operate cross-border or plan and/or launch attacks on other countries from Afghan soil.

Yet, the willingness to exploit US discomfort may also signal jitters in Riyadh. The US withdrawal raises questions about US reliability when it comes to the defence of the kingdom and the Gulf, undermines confidence in US negotiation of a revival of the Iranian nuclear accord if and when talks start again, and raises the spectre of Afghanistan becoming a battlefield in the rivalry between Saudi Arabia and Iran despite both sides seeking to dial down tension.

Middle East scholar Neill Quilliam argues that Iran’s Islamic Revolutionary Guard Corps (IRGC) has increased its influence among the Taliban at the expense of the Saudis who backed away from the group in the wake of the 9/11 attacks. The kingdom and the Taliban’s paths further diverged with Saudi Crown Prince Mohammed bin Salman liberalizing once shared ultra-conservative social mores while Afghanistan appears set to reintroduce them.

“The Taliban leadership will likely begin a campaign to challenge the legitimacy of the Al Saud and appeal directly to the Saudi population to challenge the ruling family’s authority. At the same time, the Saudi leadership will be keen to align policy with the US and its Western partners and will follow their lead in establishing diplomatic relations with the new Afghan government and providing aid to the country’s population,” Mr. Quilliam predicted.

Mr. Quilliam’s analysis assumes that reduced Saudi interaction and closer Iranian ties with the Taliban means that the group’s inclinations would lean more towards Tehran than Riyadh.

In a similar vein, some analysts have noted that Saudi Arabia was absent among the Gulf states that helped the United States and European countries with evacuations from Afghanistan. Instead, it sent its deputy defence minister to Moscow.

Others suggested that Saudi Arabia chose to remain on the sidelines and hedge its bets given its past history with the Taliban. Saudi Arabia was until 2001 a major influence among Afghan jihadists that it funded during the war against the Soviets in the 1980s and one of only three countries to recognize the Taliban government when it first gained power in 1996.

Fifteen of the 19 perpetrators of the 9/11 attacks were Saudi nationals. By then, Saudi influence had already waned as was evident in the Taliban’s refusal to hand over Osama bin Laden before 9/11.

If proven correct, Mr. Quilliam’s prediction would amount to a break with the Taliban record of not operating beyond Afghanistan’s borders except Pakistan, even though it tolerates Al Qaeda and others on territory it controls. Moreover, despite being strange bedfellows, the need to accommodate one another is unlikely to persuade the Taliban to do Iran’s bidding.

“Iran has tried to increase its influence within the group by getting closer to certain factions, but it is still suspicious of the Taliban as a whole,” said Iran and Afghanistan scholar Fatemeh Aman.

Moreover, the Taliban may want to steer clear of the Iranian-Saudi rivalry, particularly if those that believe that US unreliability as demonstrated in Afghanistan leaves the kingdom no choice but to escalate the war in Yemen and confront the Islamic republic more forcefully get their way.

“We should take a lesson from the events in Afghanistan, and especially from the mistakes [that were made there], regarding Yemen. This is the time to crush the Houthis without considering the international forces… Giving Israel a free hand regarding the Iranian nuclear issue has become a reasonable (option)… It seems like (Israel’s) extremist (former prime minister) Netanyahu, was right to avoid coordinating with the (Biden) administration, which he considered weak and failing,” said Saudi columnist Safouq Al-Shammari, echoing voices of multiple commentators in the Saudi media.

In Mr. Al-Shammari’s vein, former Israeli Corps and Israel Defense Force (IDF) Military Colleges commander Maj. General (res.) Gershon Hacohen walked away from the US debacle in Afghanistan warning that “for all its overwhelming material and technological superiority, the IDF stands no chance of defeating Israel’s Islamist enemies unless its soldiers are driven by a relentless belief in the national cause.”

By the same token, Maj. General (res.) Yaakov Amidror, a former national security advisor and head of military intelligence research, argued that the US withdrawal would drive home to the Gulf states the proposition that an “open relationship with Israel is vitally important for their ability to defend themselves.”

Mr. Amidror went on to say that Israel could not replace the US as the region’s security guarantor “but together with Israel these countries will be able to build a regional scheme that will make it easier for them to contend with various threats.”

By implication, Mr. Amidror was urging the United Arab Emirates and Bahrain which last year established diplomatic relations with Israel to forge closer security cooperation with the Jewish state and suggesting that Saudi Arabia may be in the wake of Afghanistan more inclined to build formal ties with Israel.

While there is little doubt that Prince Mohammed would like to have an open relationship with Israel, it is equally possible that the victory of religious militants in Afghanistan will reinforce Saudi hesitancy to cross the Rubicon at the risk of sparking widespread criticism in the Muslim world.

Anyone who still believes that 911 was pulled off by 19 guys with box cutters almost 20 years ago cannot be taken seriously. Dr. James M. Dorsey is a either a propagandist or an imbecile. I can’t make up my mind…

As a tsunami of crocodile tears engulfs Western politicians, history is suppressed. More than a generation ago, Afghanistan won its freedom, which the United States, Britain and their “allies” destroyed. (c) https://www.globalresearch.ca/great-game-smashing-countries/5753936 –

When Mr Dorsey still clings to the infantile and mittyesque narritive about 9/11, the rest of his journalistic ramblings become nothing more than verbose exaggerations…..I prefer to watch the grass growing.

“By then, Saudi influence had already waned as was evident in the Taliban’s refusal to hand over Osama bin Laden before 9/11”—more BS…Why didn’t Saudi hand him over when he was in Saudi being treated for kidney failure? Just more BS in this ‘article’. Then; “open relationship with Israel is vitally important for their ability to defend themselves.” Yeah, for Israel. When the SHTF, those leaders of those countries will be shaking worse that the US puppets in Afghanistan. KSA…more inclined to build formal ties with Israel. Even more BS…Israel and KSA have been in bed since RayGun. It was his Zionist accomplishment for his masters, when they first bought US planes. For someone who supposedly knows what is happening, he sure is full of it and way off the mark. I label this nitwit a propaganda lackey.

It’s funny how this site will block certain comments. and allow others. I guess they have tagged me and only allow comments that do not mention certain subjects. I will try to post as a reply, instead of a post…nope, that don’t work either.

Assuming bin Laden was ever in Afghanistan. He died of Renal failure, at 9-11 he was stage IV. A CIA asset, and upper management in the family business. Which of course you don’t know what the family business is. Do ya’ ? Search: The bin Laden Group, if you’re curious.

As a tsunami of crocodile tears engulfs Western politicians, history is suppressed. More than a generation ago, Afghanistan won its freedom, which the United States, Britain and their “allies” destroyed.

In 1978, a liberation movement led by the People’s Democratic Party of Afghanistan (PDPA) overthrew the dictatorship of Mohammad Dawd, the cousin of King Zahir Shar. It was an immensely popular revolution that took the British and Americans by surprise.

Foreign journalists in Kabul, reported the New York Times, were surprised to find that “nearly every Afghan they interviewed said [they were] delighted with the coup”. The Wall Street Journal reported that “150,000 persons … marched to honour the new flag …the participants appeared genuinely enthusiastic.”

saudi idiots were directly involved in the 11/9 false flag from 2001. They were the only ones allowed to fly out of the US after “watching the show”. All other regular air traffic was grounded. Sick trash.