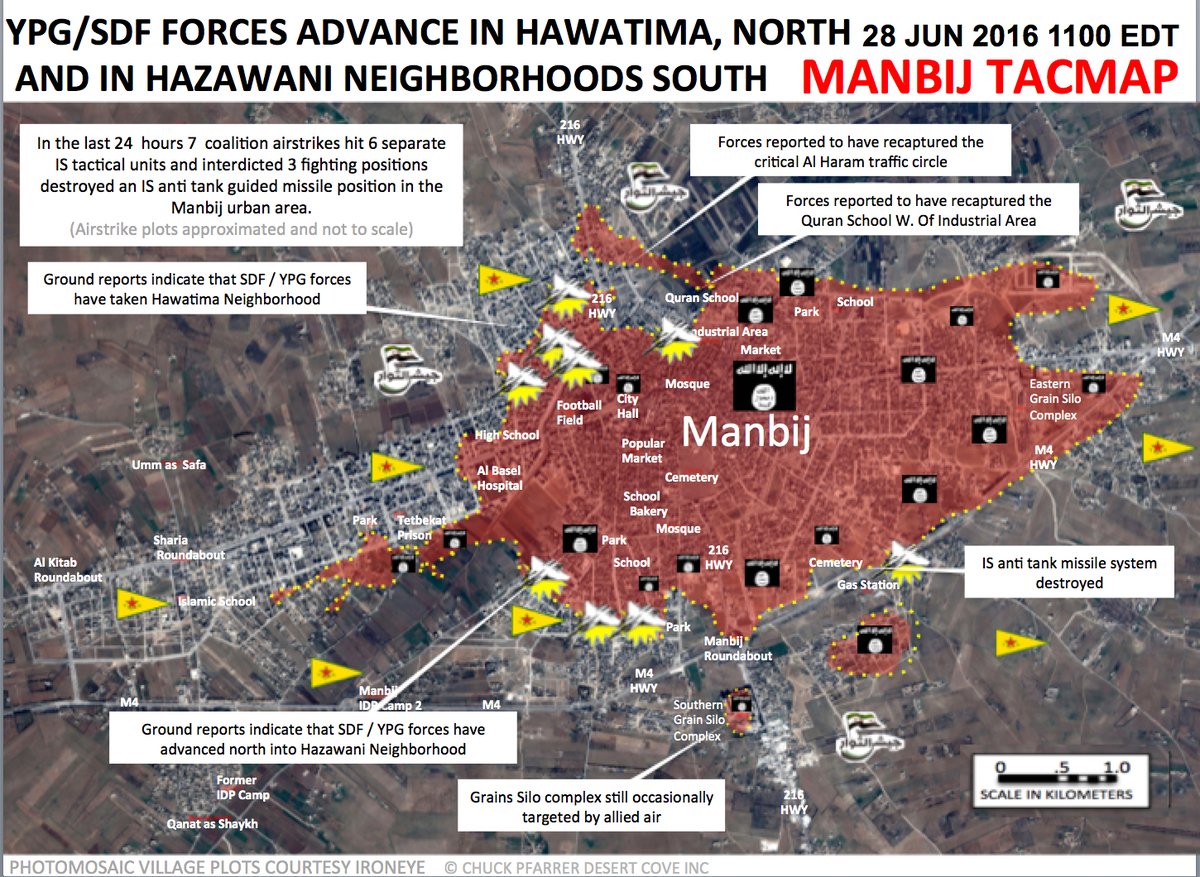 The US-backed Syrian Democratic Forces, supported by US-led coalition warplanes, are advancing in the northern and southwestern suburbs of Syria’s Manbiij amid heavy clashes with ISIS militants. SDF units have seized the Hawatima neighborhood in the western part of the city and engaged in clashes in the Hazawani neigborhood.

Meanwhile, the coalition’s warplanes have been conducting air strikes near and in the city. In the last 24 hours, some 6 ISIS tactical units and 3 fighting positions were hit by them.

The ISIS terrorist group has launched an advance towards the Kurdish-controlled town of Ayn Issa in the Raqqa province, capturing Al Habsawi, Mughar and As Suwaidan. Heavy clashes are ongoing there. 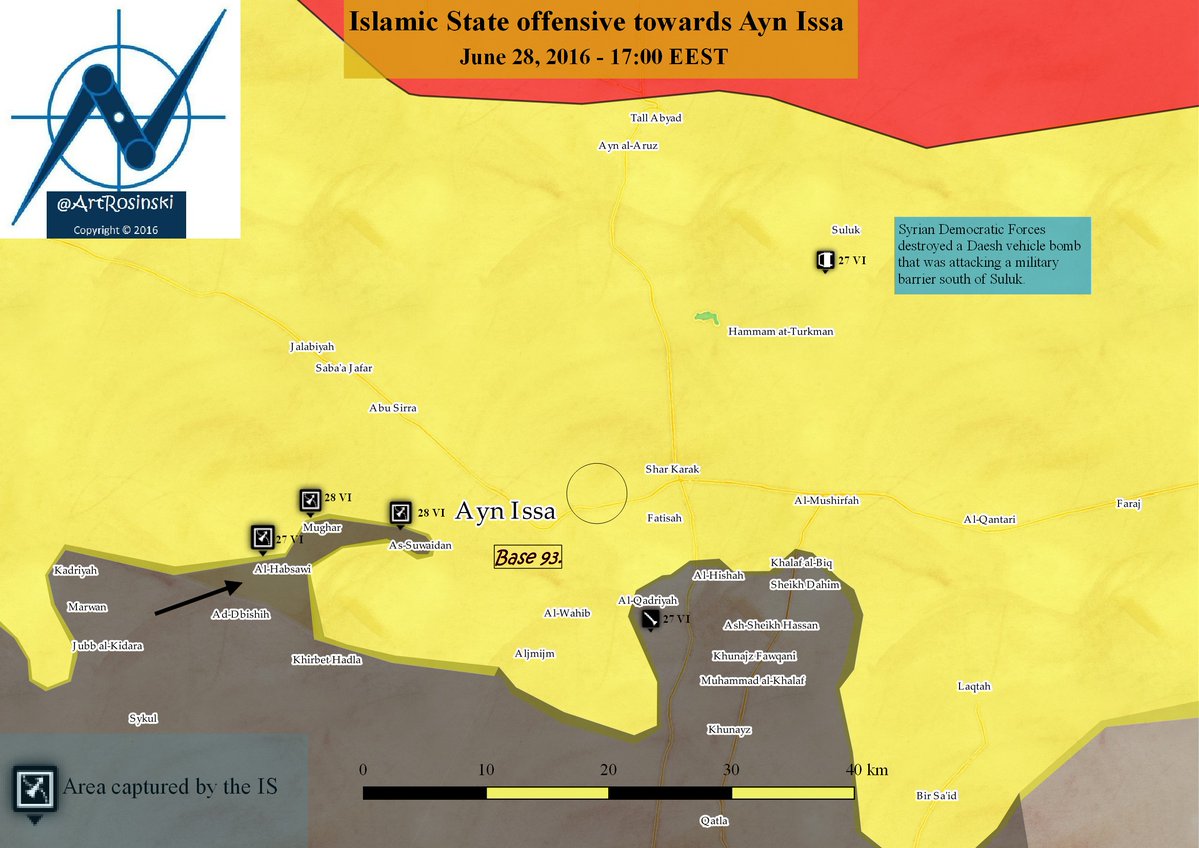