Heavy clashes are ongoing at the city of Khan Touman in the province of Aleppo. Syria’s forces are advancing on the militants in attempt to re-take the city that the militants seized last week.

According to reports, the Syrian Arab Army took control back of the Khan Tuman Ammunition Depot.

Separetely, Syrian artillery units and warplanes are working against militant targets in the area of the Khan Touman city. 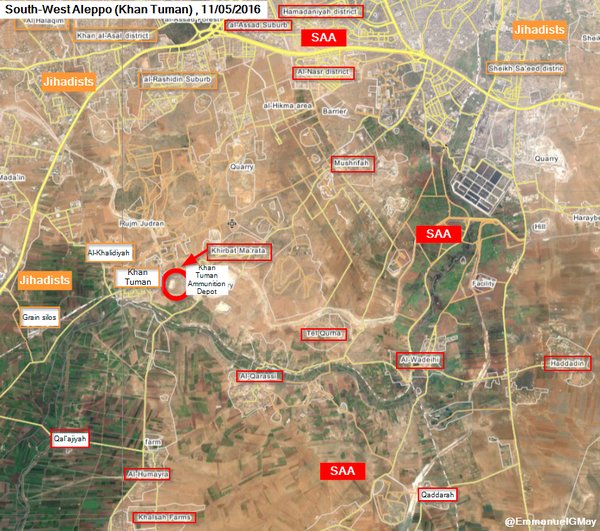