The militant footage depicts the heavy clashes for the Castello Road, the only supply line that heads to the militant-controlled areas of Aleppo city. Controversial reports are appearing about the situation in the area. While pro-government sources argue that the Syrian army set a fire control of the road, pro-militant videos and maps show that the Syrian army can conduct only indirect fire there.

The map below depicts the current situation according to pro-militant sources (blue – contested): 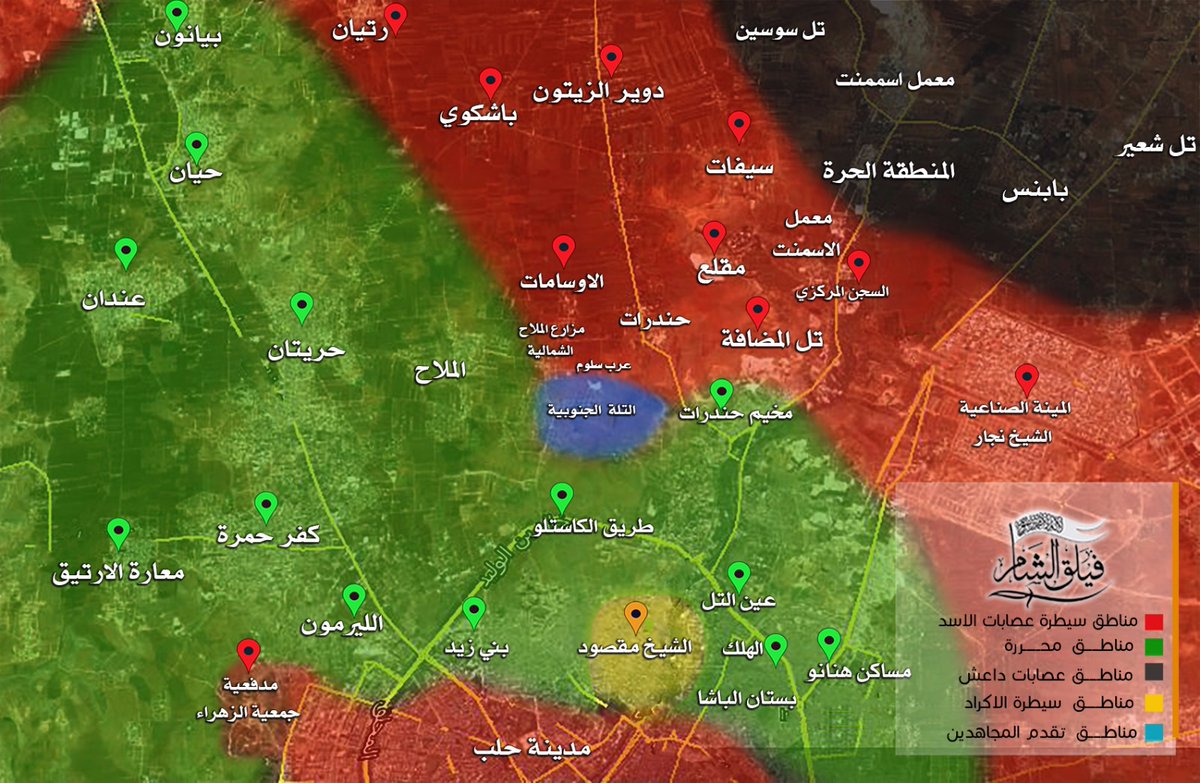