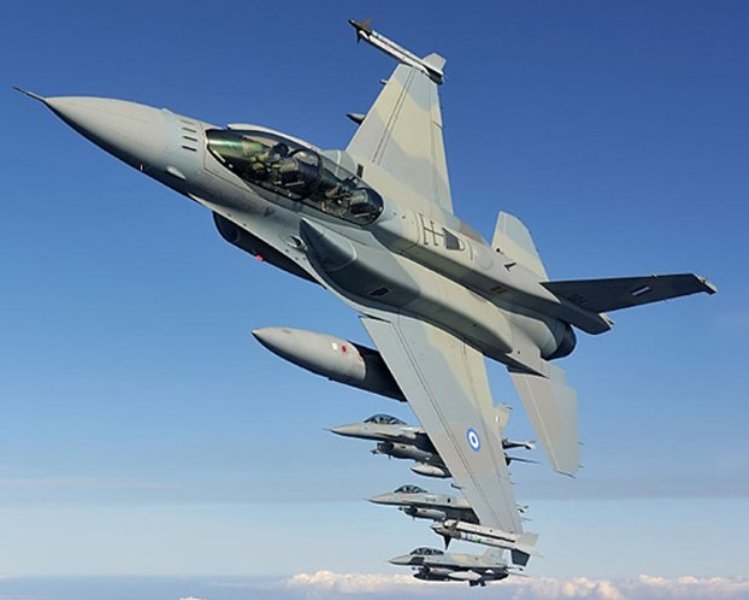 Furthermore, the report claimed that the Greek pilots at all times had the “advantage” and would outmaneuver the Turkish aircraft if the need arose. Reports such as this are typical, as Greek maintains that Turkey frequently violates its airspace, despite both countries being NATO members.

Every day, the fighter jets of the two regional powers engage in mock dogfights over Greece’s eastern borders, maneuvering for “technical kills,” where one pilot locks his missiles onto his adversary’s aircraft, with only the push of a button separating this dangerous dance from war.

“For almost 30 years in the Aegean Sea, we have had to deal with our neighbors by ourselves,” explained the commander of the111 Wing fighter base Col. Dimitris Giannopoulos.

“It seems to me at times that whenever a top official from Turkey makes a statement, it is a statement that involves talk of war,” Greece’s defense minister, Nikos Panagiotopoulos. “War in Syria. War in the Middle East. War in the Aegean. Now if that isn’t aggressive rhetoric, then I’m wondering what type of rhetoric it is.”

Greece, Cyprus, and Israel have held an escalating series of large-scale military drills aimed at enhancing cooperation between their air and naval forces. Egypt has also taken part in many of these.

The latest source of tension between the NATO allies is Turkey’s dispatch of drill ships, escorted by warships, into Cypriot waters. This is made easier by the December 2019 agreement between the Libyan Government of National Accord (GNA) and Turkey on territorial waters.

Greece is treaty-bound to defend Cyprus’s territorial integrity, and Turkish encroachment on the island republic’s territory causes concern for Athens.

“We want peace in the region. We do not wish any kind of conflict. But at the same time, in order to maintain the status quo as it is, we are taking a very confident and resolute position against Turkish behavior,” Panagiotopoulos said. “There is no other way I’m afraid.”

And it does appear that the eastern Mediterranean Sea has all the markings of becoming a hot point, as it is highly contested at the moment.

“The eastern Mediterranean for many years was taken for granted,” Geoffrey Pyatt, the American ambassador to Greece, said. “But today it’s a region which is in play. We see Russia playing a more prominent role of course in Syria, China is asserting itself, Iran is present. These are all rivals challenging the order that the United States has tried to support in Europe and around the world.”

Tensions are evidently increasing, and it appears that Greece, Egypt, Cyprus and Israel are cooperating together, and specifically cooperating against Turkey.

“I think it’s a mistake to view the emerging cooperative framework in the eastern Mediterranean as being anti-Turkey,” Pyatt added. “I think the really important aspect of the Greek-U.S. piece of this is first of all that Greece and the United States share a strong interest in doing everything possible to see that Turkey remains anchored in the West, anchored in Western institutions.”

In it, Abdel Fattah El-Sisi, President of the Arab Republic of Egypt, Nicos Anastasidas President of the Republic of Cyprus and Kyriakos Mitsotakis, Prime Minister of the Republic of Greece, urged Turkey “to stop its provocations in the Eastern Mediterranean, which violate the international law. They called for withdrawal of the foreign forces frame Cyprus, asserting that the United Nations remains the sole frame through which a settlement to this issue could be reached.”

In addition, they “expressed their grave concern over the current escalation in the maritime parts of the eastern Mediterranean, and denounced the ceaseless Turkish measures in the Cypriot exclusive economic Zone and its territorial water, representing a violation of the international law, and the new attempts to make illegal drillings in the Cypriot exclusive economic zone that had been already demarcated.”

On December 11th, 2019, Egypt also carried out missile tests in the Eastern Mediterranean, launching them out of submarines.

Turkey maintains that it acts within international law in pursuing its interests and that Greece, Israel, Cyprus and Egypt can’t act without Turkish approval, Turkish President Recep Tayyip Erdogan said on December 9th.

“Turkey used its rights originating from international law in the Libya deal; Greece, Israel, Egypt and the Greek Cypriot administration cannot act without our approval,” he said. “The reason why Greece has gone berserk is because its hands are tied over the Turkey-Libya deal, the expulsion of the ambassador is an international scandal.”

Turkey is ready to give Libya “any kind of assistance” it needs, he said, “If Libya wants Turkey to send troops, we will decide on our own and won’t ask anyone for permission.” He criticized Egypt of supporting Field Marshal Khalifa Haftar and allegedly violating UN resolutions.

Meanwhile, there were reports that the commander of the Navy of the Libyan National Army, Admiral Faraj Mahdaui, said that Field Marshal Khalifa Haftar ordered “to sink Turkish ships.”

The order of the LNA commander was given after Erdogan’s statements about his readiness to send the Turkish military to Libya to support the GNA’s forces.

The situation in the region is steadily becoming more and more dangerous.

Greece and Turkey fighting it out would be interesting. We’d see S-300PM (Greece) and S-400 (Tork) possibly in combat action for the first time in history

NATO wont protect you from Turkey, you’ll have to protect yourselves. Greece unfortunately put too much faith in NATO instead of forming a strategic alliance with Russia. Your loss.

i agree on that…but we will see in time

These two are always like children bickering over a toy or something.

There is historic feud between the two nation, but to understand one of the most important sources for this conflict. pay extra attention to the Greece’s “eastern border”.

It means hundreds of islands and islets (some of them just a rock) a few kilometres (1.5~20km, well within Turkish territorial waters) away from Turkish mainland and hundreds of km away from the Greece mainland. A Turkish coast guard plane cannot patrol it’s shores without violating Greece airspace in 50 places, hence the reports like Turkey violated the Greek airspace 1500 times in the last month. Their NATO allies probably found it out very early and since did not respond to the cries of “violations” anymore. You know what? Actually read the history of Ottomans and Greece, these islands and Cyprus, how they became Ottoman territory and specially how they became Greek again. It’s good food for thought. Colonial powers leave seeds of crisis and conflict wherever they go and whenever they leave.

first turkey doesn’t have coast guard planes.. only ships…2nd they could patrol without violating any Greek airspace(they have plenty of space for this)…but they wont cause they dont recognize the 10 mile FIR of Athens they only accept 6mile like the water area…bunch of brigands they are (the Turks)

Everything that became Ottoman, became Ottoman by blood spilling and theft. A bunch of retards mongols turks are and their place is back where they came from 800 years ago.

Thats not correct at all. A minimum would be to reflect, that a lot was taken by thieves of Konstantinople.

It also make no sense referring 800 years back, where Your own kind lost by a long line of stupidities.

Bulgarians, Hungarians and the South Slaves should go back too and the Greek Adam was there, Eva came and some worm(Turks) said Aloha.)

When turks came, the eastern Europe was the beacon of civilization. With Constantinople as the capital. Bulgarians and the Slaves where there, not to mention Greeks and Romanians ancestors who were there for at least 2000 years. And let us remember, western boy, that Constantinople was attacked and its people killed not only by turks, but also also by the western crusaders. Barbarians at that time too.

Fact check: Enmities go like that since 1974 (not since last 30 years), when Greek military junta declared island Cyprus is part of Greece, neglecting Turkish population in the island. Those enmities were/are propelled by “friends” in NATO, who sold/selling hefty amounts of weapons to the both sides. Ataturk had befriended Venizelos after fighting with him in the Turkish independence war. “Friends” in NATO were/are not happy with Greko-Turkish friendship.

:) cheers mate! you are right!

What, Greece raised all Block 50/52 F-16 they have in inventory?? Weren’t they using Mirage 2000 for the interception?

The world has become decidedly hotter since the end of the Cold War. That’s because the Cold War was the peace, a post-world war environment. The Eastern Mediterranean – the whole planet – is “steadily becoming more and more dangerous”. History would suggest the only outcome: another world war. https://www.ghostsofhistory.wordpress.com/