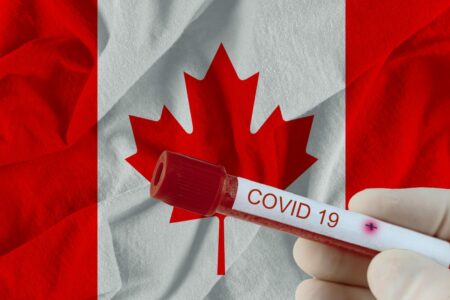 Truckers remain on strike and the situation is not expected to be resolved anytime soon.

Last weekend was tense in Ottawa. Truckers paralyzed the city to protest against restrictive health measures and demand the end of the vaccination passport. Quickly, several other groups joined the truck drivers and made the demonstrations get out of the control of the authorities, with several episodes of violence and depredation taking place both in Ottawa and other cities. Canadian Prime Minister Justin Trudeau has been moved from his residence to an undisclosed location for security reasons.

The alliance of groups against mandatory vaccination and the health passport in Canada, under the leadership of truck drivers, has been called the “Freedom Convoy”. Thousands of people have participated in the demonstrations, which have been sometimes peaceful, sometimes violent, but always massive and capable of paralyzing cities. The peak of tensions was last weekend, when the truckers completely occupied Ottawa, but there were also many occurrences of demonstration throughout the country during this week’s working days. Many commercial establishments are still closed, significantly obstructing the routine of cities.

The initial reason for the protests was the demand by truck drivers of their right to move around the country regardless of whether they had been vaccinated or not. On January 15, Trudeau decided that all unimmunized Canadian truck drivers coming from the US be quarantined once they return to Canada. The measure negatively impacted professionals, who said they lost travel and money with the mandatory stop for quarantine. In addition, the new law coincided with a determination by the US government, which requires foreign truck drivers to present a vaccination passport to enter the country.

The demonstrations were immediately supported by both the Conservative Party and the People’s Party. As the case also involves US laws, former Republican President Donald Trump also expressed support. Even businessmen and people outside the political arena have been involved in the case, such as Tesla’s CEO Elon Musk, who published messages of support for the truck drivers on his personal account on a social network. In addition, popular groups opposed to vaccination came together and the demonstrations began to fight for the expansion of the rights of freedom of all unvaccinated, going far beyond the mere problem of truck drivers.

However, despite the serious social dimension of the protests and the international support received by the truck drivers, Justin Trudeau seems to be ignoring the political capacity of the protesters. Before fleeing Ottawa with his family (for fear of the protests), the prime minister had declared that the protesters were a “small fringe minority” that spread “hateful rhetoric” and made it clear that he would not negotiate with them under any circumstances. On Monday, he called the truckers an “insult to truth” during a pronouncement. Trudeau and his supporters treat protesters as mere anti-science fanatics, completely ignoring the deep social factors involved in the current wave of demonstrations.

The prime minister’s words have generated strong discontent among Canadian lawmakers. For example, Candice Bergen, the deputy leader of Canada’s Conservative Party, stated during a conference at the House of Commons: “All Canadians want to see a leader who will work to heal rifts, not further divide, a leader who will listen even to those voices he might not agree with, a leader who will work to understand, not dismiss, name-call and gaslight (…) So again, I ask the prime minister (…) [to] apologize to the peace-loving, patriotic Canadians who are outside right now just asking to be heard – will he speak to them?”.

In contrast, the Liberal Party and its supporters – which include all Canadian mainstream media continue to insist on aggressive rhetoric against truckers, making official the narrative that the confrontation between government and protesters is a “science vs pseudoscience” issue. But, in fact, this type of discourse is fallacious and explains absolutely nothing about the problem of vaccines.

But distrust regarding the effectiveness of vaccines is not an “anti-scientific discourse”. What anti-vaccination groups want is to prevent Canada – and most of the West – from becoming some kind of sanitary dictatorship, where all citizens must present health passports to exercise their basic civil rights. Many people are refusing to get vaccinated as a form of protest and boycott. It is a political act, not an anti-scientific one.

Many groups are not satisfied with their government’s submissive posture in relation to the pressure exercised by large multinational pharmaceutical corporations. Basically, Big Pharma pressures Canada and all western democracies to impose semi-dictatorial measures, pressuring the population to get vaccines. As a result, billions of dollars are spent on the purchase of immunizers and these companies become increasingly powerful. Meanwhile, all vaccines produced by health agencies outside Big Pharma, such as the Russian, Chinese and Cuban vaccines, are excluded from the western health passport, even if they have proven effectiveness.

So, it is absolutely wrong for the Canadian government to try to hide its posture of submission to Big Pharma with an aggressive speech against the protesters, insulting them and using police violence to stop the protests. The voice of truck drivers needs to be heard, as they are Canadian citizens and taxpayers. But as long as Trudeau insists on a semi-dictatorial stance, the situation will remain complicated and more and more people will join the protests, generating social instability.

Justin Trudeau fled to B.C. or wherever, because he is a coward. The idiot should resign in disgrace. So should Erin O’Toole, the Conservative Party leader. The truckers are not leaving until their rightful demands are met. The Great Honkening will continue until the tyrants cease and desist with their bulshit!

I’m surprised with Elon Musk, if he continues that way he is going to be canceled soon: first his contracts with the US government, then his Twitter account, then his company and finally Musk himself. Globalist Tyrants don’t tolerate disobedience, not even among billionaires (especially not among them). Unless it’s part of the plan of course…

The Globalists like to control both camps so they can work towards a common objective. Just like with Trump, Musk says all the right things for us but accomplishes nothing.