A former head of the Special Operations Forces, and a current head of the SADAT Turkish private military company, Gen. Adnan Tanriverdi, plays a key role in the Turkish military operation in Syria. 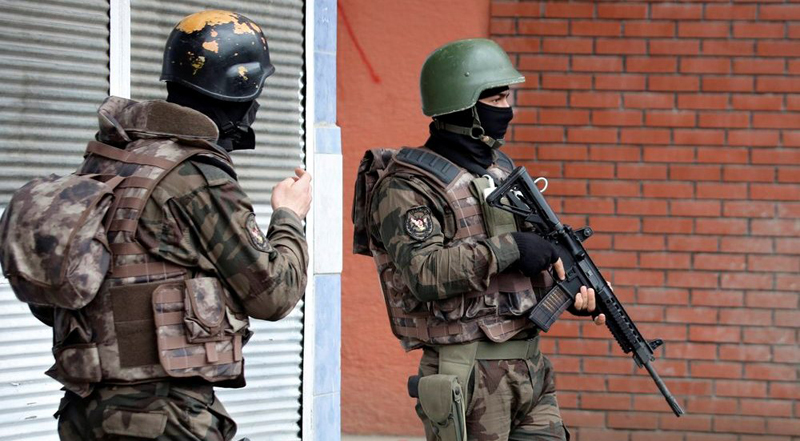 The Turkish President expects that a major offensive in Syria, which has begun on August 23 under the name Euphrates Shield, will help him to get back into the epicenter of events. Seeking an assistance of a former head of the Special Operations Forces, Gen. Adnan Tanriverdi, Erdogan also hopes to strengthen his army.

According to the French website, almost all high-ranking Turkish military, in particular, those of them, who were involved in the fighting against the Islamic State (IS) terrorist group and constantly cooperated with general staffs of the Western countries, were gradually replaced after the coup attempt.

The liquidation of the Turkish military bothers Ankara’s anti-Islamist partners. Moreover, this elimination took place right before the Turkish invasion of Syria, which is covered with the slogan of seizure of the border areas, using by the IS, but actually aims to capture the city held by the Kurdish Democratic Union Party (PYD). Although, head of the Turkish General Staff, Hulusi Akar, obedient to Erdogan, retained his post, all his subordinates were replaced.

An important factor, which, however, remained almost unnoticed, was the invitation of the largest Turkish owner of private military companies, Adnan Tanriverdi, to the Turkish President on August 16. This former general of the Special Forces, expelled from the army due to the fact that his superiors believed that he was too religious, should control the process of restructuring of the Turkish Army, primarily, including in it all officers, who were dismissed from the Armed Forces as too much practicing Islam.

In 2012, Tanriverdi created the first Turkish private military company, called SADAT. Using this company, Tanriverdi, who is considered close to Erdogan for many years, wants “to help Arab world to reach the level, which befits it among the great powers,” this follows from the book, written by him.

For this reason, SADAT operates only in countries, most of the population of which is represented by Muslims. After the start of the Syrian crisis in 2011, the private military company was regularly accused of training militants among Syrian refugees, who were on the territory of Turkey.

SADAT also tried to permeate in Libya and Pakistan. According to the website’s sources in Ankara, Tanriverdi several times visited the General Staff before the coup in order to get support from the military in preparation of foreign armed groups and, in particular, in participation in Islamic anti-terrorist coalition, which the Defense Minister of Saudi Arabia, Muhammad bin Salman, was trying to create during several months.

SADAT is represented in the Gulf region with the help of the Al Aquid Trading Saudi company, which is headed by a former employee of the Saudi Air Force Intelligence, Colonel Giza Ghazi Al-Harbi. Tanriverdi’s main interlocutor in the Turkish General Staff was Gen. Salih Ulusoy, who was responsible for strategic planning. However, today, Salih Ulusoy is in custody on charges of the July’s coup attempt.

The Turkish Army has started operations in Syria with significantly weakened capacities in the field of exploration, which was finally undermined after the coup attempt. On the one hand, director of the military intelligence service, Mustafa Ozsoy, has been being in prison already for several weeks. On the other hand, the MIT Turkish intelligence, also affected by the events that it could not foresee, still suffers from ‘summer elimination.’ The fragmented service, subordinated to Hakan Fidan, tries to save the honor in Erdogan’s eyes. The intelligence agency tries to establish a dialogue with its Syrian counterparts, primarily, with the powerful intelligence service of the Syrian Air Force.

Could not have said it better myself. Islam is ugly and offensive

south front guys it would be better if you give us the link of consult sources like that Intelligenсe Online French information website thank you :D

Kemal Ataturk is rolling in his grave.