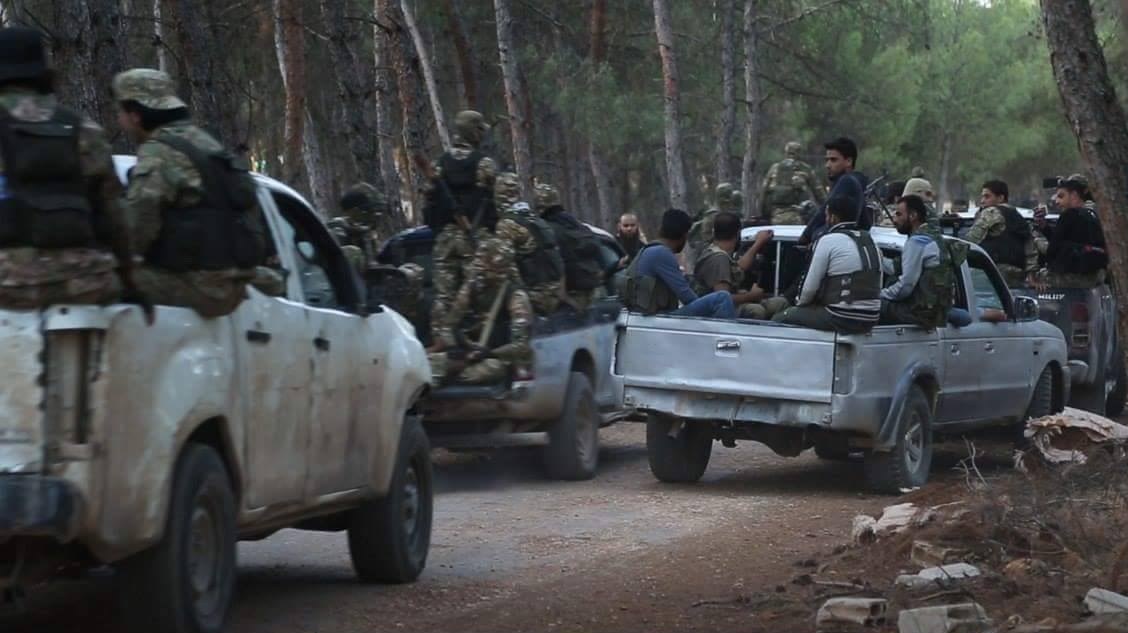 Hay’at Tahrir al-Sham (HTS) and its allies launched a large-scale attack on the Syrian Arab Army (SAA) in northwestern Hama a few hours after the announcement of a new temporary ceasefire in the region.

The Turkish-backed National Front for Liberation (NFL) and several al-Qaeda-affiliated groups are reportedly supporting the ongoing attack, which is targeting the town of al-Hwaiz. The SAA captured the town earlier this month.

Pro-government sources announced a 48-hour ceasefire in the morning of May 31, a few hours before the beginning of the HTS-led attack, which forced the Syrian Arab Air Force (SyAAF) and the Russian Aerospace Forces to resume their airstrikes.

HTS supporters are claiming that the terrorist group’s fighters have successfully stormed al-Hwaiz, after breaching the SAA’s defenses around the town. However, pro-government activists are still denying these claims.

Earlier this month, HTS and its Turkish-backed allies sabotaged a similar ceasefire by resuming their rocket attacks on Hmeimim airbase, and went on to launch a ground offensive in northern Hama.

Despite these repeated violations, Dmitry Peskov, a spokesman for the Kremlin, said earlier that a ceasefire in Idlib is “necessary,” holding Turkey the responsibility of ceasing hostile attacks from the militants’ side.

HTS exists to fight; they’re being paid to fight. What else they’re going to do–rehearse with the Idlib Philharmonic? If you negotiate a ceasefire with them, then the joke is on you. Dmitry Peskov’s family has considerable business interests in Turkey, he will argue Turkey’s side in all this until his face is blue. Very telling of the Kremlin system that he’s being allow so much influence over this dossier.

Looks like the Kremlin is also infested with psychopaths….

Thank you for telling me. I did not know this. So why is Putin allowing such individuals -vulnerable to pressure- to have power over the running of the war

Well now you’re asking me to speculate, so let’s hope my speculations are at least minimally informed. The other side of what I wrote is that Mr. Peskov (or should I say the Peskovs) has extensive contacts with Turkish elites, which are considered valuable; that this comes with conflict-of-interest baggage–well who doesn’t look out for #1 in top politics, it seems to be understood as a matter of course.

And mind you, it is prudent realpolitik to not drive Turkey wholesale into the arms of Uncle Sam. But somewhere along the way, that policy has degenerated into craven appeasement.

The irony of it all is that a stable Syrian state was the best security guarantee Turkey could ever wish for–strong enough to keep the Kurds in line, never so strong that it could threaten Turkey. But that was then; nobody in the region seems to have an idea what to do about SDFistan now that the Americans have (at Putin’s invitation) made themselves comfortable in E Syria. So Erdogan seems to cling to his “own” Idlibstan as a sort of consolation prize–more to hold it up to his domestic nationalist supporters than for any concrete benefit it offers Turkey.