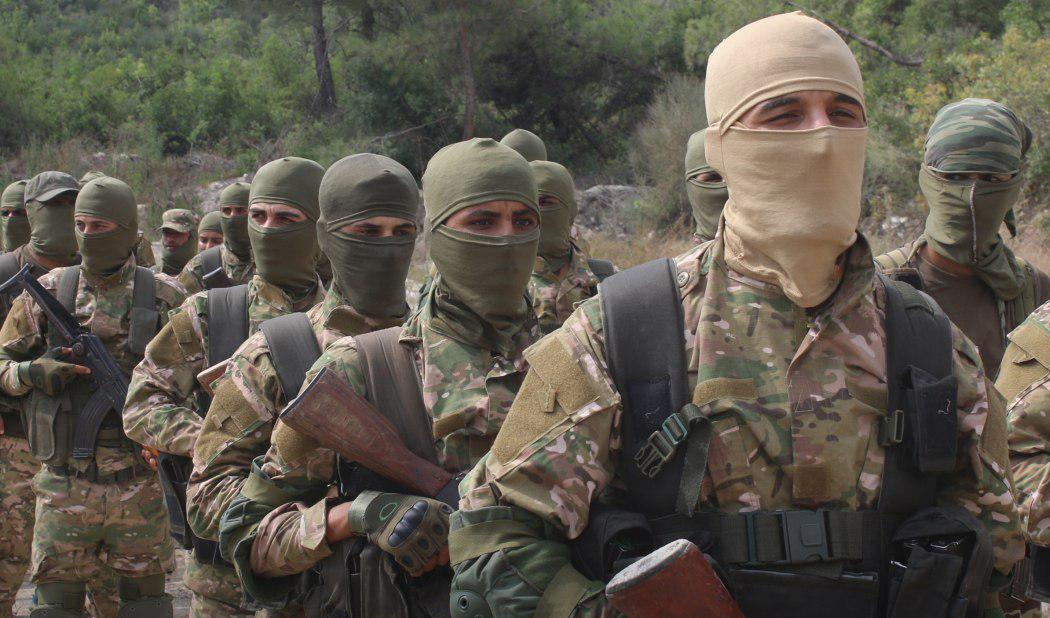 Fighters of Hay’at Tahrir al-Sham (HTS) in the Eastern Ghouta region east of the Syrian capital, Damascus, will be evacuated to northern Idlib governorate in the upcoming days, according to Syrian oppositions sources.

The sources reported on December 7 that the evacuation is part of a deal between Russia and several Syrian opposition armed groups in Eastern Ghouta.

The opposition sources also said that the Syrian Arab Air Force (SyAAF) will hold its bombing campaign in Eastern Ghouta as a part of the supposed deal. However, so far the deal was not confirmed officially by any side.

Local sources from Eastern Ghouta said that there are only 500 fighter fighters of HTS in the region. According to the sources many of them are not willing to leave the area to Idlib.

Meanwhile, a commander of HTS in Eastern Ghouta told the Syrian opposition news outlet Enab Baladi that only the foreign fighters of HTS will be evacuated to Idlib governorate, which is under the control of HTS.

On January 6, several opposition sources claimed that a deal was reached to evacuate HTS fighters from the towns of Aqraba, Beit Sahm, Yalda and Babila south of Damascus. However, the deal failed because HTS refused to leave the towns.

The supposed new deal in Eastern Ghouta will likely fail too, as HTS’ main strategy is to keep its fighters as close to the Syrian capital as it’s possible to threaten it in case if the Syrian Arab Army (SAA) attacks its heartland in Idlib.

If you remember those films you are older than I thought :)

It will fail just another failure

Move them to USA, israel or Saudi Arabia.

Perhaps, they are crazier than you give them credit. Did not David Ben-Gurian say that the he had found a place to die?

He just wants to move them to countries that created, supplied and funded those rats and who’s interests those rats where serving.

its not that simple

No it isn’t. ALL sides are dirty and murdering BASTARDS Assad used and is still using ISIS as well

In your wet dreams..

I am not talking in the air without any basis. If you want to ignore the huge amount of evidences and fact that is your problem. Israel-USA-NATO are the creators of ISIS-Daesh-(and related terrorists) with the additional help of Qatar, Saudis, Jordan and Turkey.

No they are not, they did use them as a tool for their own dirty politrics though.

Piss off Yid, you shame the Jewish religion.

I am not a yid you untermensch

So you are then an Aryan Nazi calling others “untermensch”.

You are an uneducated dummy. The word untermensch comes from Nietzsche and has nothing to do with racism or nazis. Like all of their ideas, the nazis stole the word and gave it another meaning

You shame all reasonable people

Wow, I am hurt. Zionism is a disgrace to the faith.

I am anti zionist and anti abrahamic religions

explain what? i was very clear.

Actually – yeah it is – from 2012 US Neo-Cons and Gulf States identified, transited, organized, trained, armed and financed a raft of Sunni Islamist to fight inside Syria against the existing state institutions – drawn from Muslim Brotherhood factions within Syria and recruited foreign jihadists and mercenaries from outside. These militants just ended up ever more radicalized all along the way – and gravitated to HTS and ISIS as the ruthless and effective military formations.

well, not only the west is using them, Assad did the same, its all a dirty fucking bullshit snake pit

We have seen this before… The bank of england (rather its controllers) used Wall Street to create the Bolsheviks, then Hilter, then salin, then Mao….. Even better that … The managed the opium wars wirh the easy india company, and the industrialization of Japan and GERMANY, fueled their ambitions and financed their aggression, then betrayed them. To what end? Money…power. There is a big spiritual play at work here. The real players hide behind the scenes. The ones we see are just pawns in the game.

Yes, neocons seem to have created a very formidable player to act against Israel and fullfill their doomsday scenario.

Assad is defending his people, he ought to use whatever the hell his enemies are to fight each other, he is entitled o fight the enemies of syria whatever the way he sees fit.

If only Israel were carpet bombed into oblivion in the next years the world would rejoice.

Nonesense, the world would only rejoice with a non violent solution

That would infer that Israel no longer exists Matt ?

Not in its current form

You are MSM propaganda.

If not shameless shall do

Would the terror gangs feel more at home in Israel then Matt ?

I don’t have a clue, never been in israel, once i was close by in dahab egypt… As long as the zionist regime rules i won’t go there

Funny old man you let me laughed. You mean young or old nobody wants to die.

what are you saying? Come back when you have learnt English.

Think about what you are trying to say… They are those who are more than willing to die, Perhaps, you completely disregard the spiritual dimension?

US support and created Isis when they loss you shall take care of them.

Its only fair that the US invites her proxy terror gangs to celebrate Christmas in the USA. Halal turkey naturally :)

This sounds like a US plot to remove its people “Meanwhile, a commander of HTS in Eastern Ghouta told the Syrian opposition news outlet Enab Baladi that only the foreign fighters of HTS will be evacuated to Idlib governorate, which is under the control of HTS.”

There could well be a few US advisers amongst the ‘Foreign Fighters’ as well.

HTS’ main strategy is to keep its fighters as close to the Syrian capital as it’s possible to threaten it in case if the Syrian Arab Army (SAA) attacks its heartland in Idlib.

Move this terrorist to USA bases and Hellaviv in Israehell of Satanyahu.Send them to USA to clean the houses of old white retired generals,army officials and CIA male.I think their will enjoy peacefull sleep with terrorist on guard.

Couple of old time military tactics: To cut down on your possible caualtys, always leave your already defdefeated enemy an escape route. If your military is facing certain and utter defeat , run like hell for the nearest exit. This is one of personal favorites: If uncertain of your enemies strength present him with what appears to be a weak or several seperated by distance weak points, to draw him out, and when they have commited most of their resources move in and utterly destroy them. We seen that move multiple times used By Russian Advisors so that while at first ISIS seems to bargaining ground, soon comes raining upon them full might of Russian air power and Syrian Army mobile armored ground forces. Always give those you suspect of disloyalty or incompetence to prove up or fail, just be sure you have the cure to make right their failures.

P.S If forced to retretreat always be willing to leave a few requests to delay ones enemies from overtaking your weakened forces. Notice how such agreements have given the Syrian military ground, and less expenditure of arms and manpower, while the terrorist groups think they are gaining force in other areas ; but in truth they have surrendered tons of weaponry, and the influx of new fighters will cause a huge drain upon whatever resources the newer area has in place. A retreat is a retreat, mentaly, and in this case where religious fanaticism is in play, versus those just in it for money, a split forms, lack of coherence between the troop themselves.