In a major violation of the new ceasefire agreement, Hay’at Tahrir al-Sham (HTS) and its allies shot down an unnamed aerial vehicle (UAV) over the town of Hesh in southern Idlib on August 31.

HTS said that the UAV was being operated by the Russian Aerospace Forces. However, photos of the UAV’s wreckage suggest otherwise.

“The factions of al-Fath al-Mubin [HTS-led operations room] shot down a Russian UAV in the outskirt of the town of Hesh in southern Idlib,” a short statement rereleased by the terrorist group’s news network, Iba’a, reads.

Contrary to HTS’ claims, the UAV design appears to be similar to Iranian drones operated by the Syrian Arab Air Force (SyAAF), such as Muhagir-4 and Ababil-3. The UAV may be a Syrian copy of one of these Iranian types. 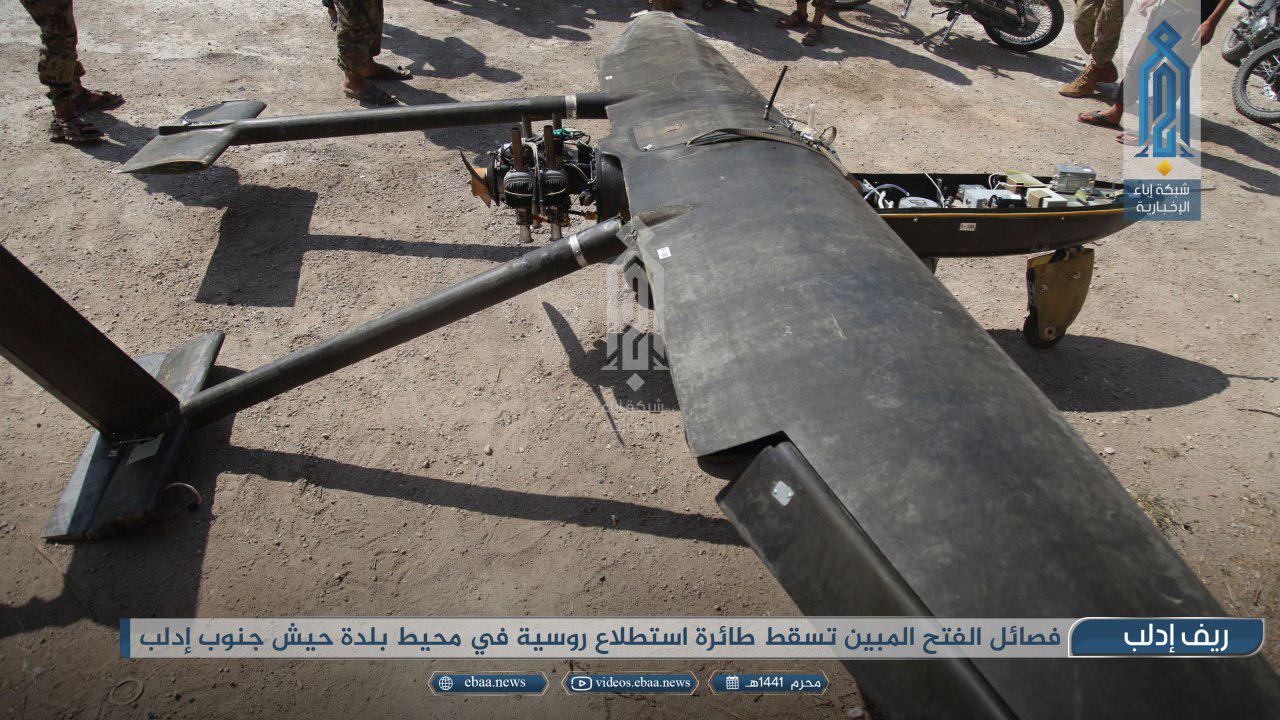 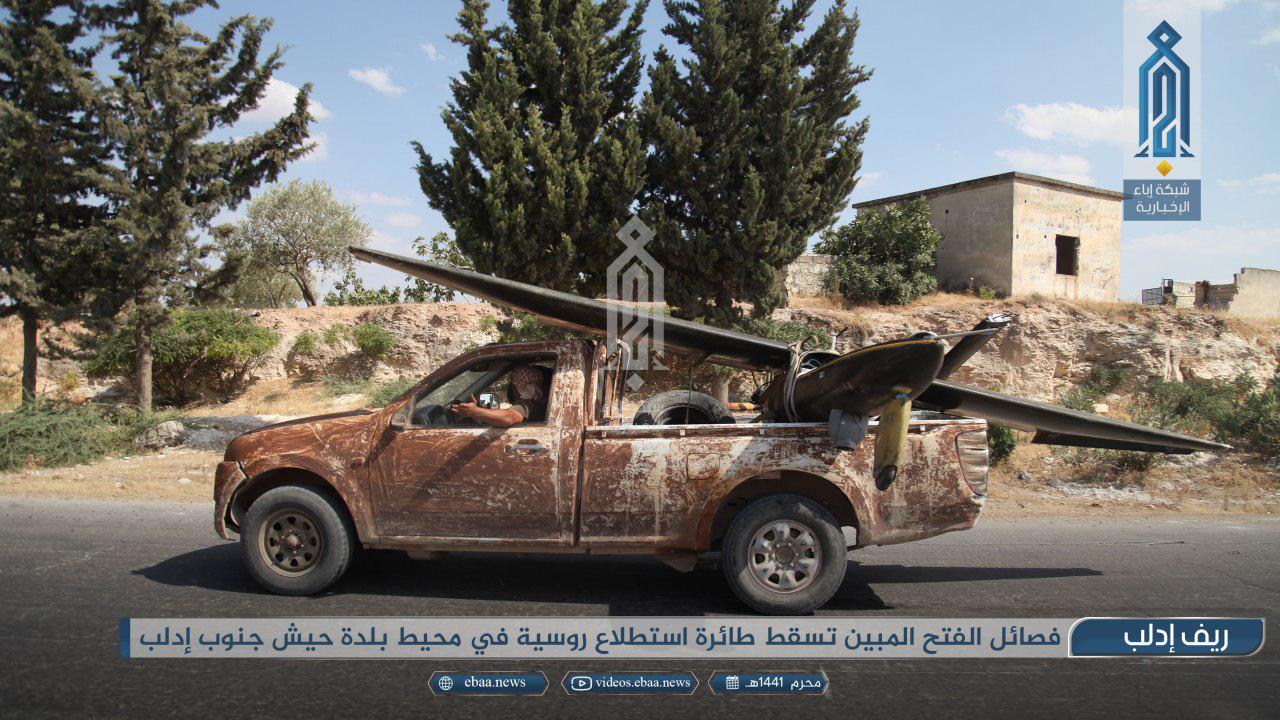 A new ceasefire began a few hours before the shot down of the UAV. The Syrian Arab Army (SAA) had warned that it will respond to any violation.

By shooting down the UAV, HTS and its allies are demonstrating that they are unwilling to accept any peaceful solution in Greater Idlib. This will likely force the army to resume its operations in the region soon.

Are they stupid? Did they see how the SAA kicked their asses these past 15 days?

Running away and cowering somewhere far in the distance, licking their wounds would be a sign of defeat. By constantly attacking they are proving to their followers that they are still in the fight and relevant. Otherwise some of them might leave the band and join another. After all, these guys change terrorist groups more often then celebrities change marriages.

A wasp constantly attacks , yet they are easily exterminated , Barba.

With all due respect, I think the “bands” a head-chopper (at least in Syria) can join now, is very limited nowadays. If they keep attacking, I think it’s because the captagon is still doing it’s business.

After being trained by NATO forces, this includes Turkey of course, can we expect anything but hubris and foolishness from the US Coalition of Terror :)

Doubt SAA will launch an attack unless they were fishing for an excuse to keep their advance moving and squeeze rats into a smaller cage. Theoretically SAA broke the ceasefire, but hey, do we give a fcuk. I don’t think so… Vermin need to be exterminated asap. Expert Rat Killers on hand to do the Job. 4th Armored Division, Republican Guards, Tigers and Qads……. Bring it on

An unarmed UAV is not a breach of a ceasefire. Because in order to maintain a ceasefire you still need to see what the other guy is up too. If only to not be surprised by an upcoming offensive. By shooting it down Al Nusra broke the ceasefire and technically it can go on again. Kinda shaky I admit, but who gives a toss, right?

Onwards, this Christmas in Idlib!

They didn’t break the ceasefire. They were watching were the terrorists are regrouping to have information were the rats can be bombed away when the offensive is resumed.

According to the one-sided ceasefire agreement reached between Russia and Syria regarding the rat controlled area of Idlib neither the SAA nor the SyAF would encroach on it so long as the ceasefire held.. According to the agreement the Russians would continue to monitor the situation and relay all headchopper activity to the SAA and SyAF. Hence, the reason the rats were cock-a-hoop when they shot down the drone as they fully believed it was Russian

As far as I understand, the ceasefire was made by Syria-Russia- Turkey without taking into account the terrorists opinion, am I wrong ? I have not seen any terrorists representative signing anything about ceasefire agreement, or di Syria-Russia just make them a phone call ? Terrorists are there to destroy Syria nation, and they are paid (USA-Israel-NATO ) for that and only that.

I don’t see any bullet holes. Looks like malfunction to me.

Putin is a whore