Jaysh al-Islam announced that fighters from Hay’at Tahrir al-Sham (HTS), backed by Free Syrian Army (FSA) members, often from Faylaq al-Rahman, launched an attack on its positions in the Ashari farms in the Eastern Ghouta yesterday and captured the area.

Jaysh al-Islam said 7 of its fighters were killed as a result of the attack, and claimed that the attack was in the same time when the Syrian Arab Army (SAA) attacked Ayn Tarma and Jobar. Managing director of Google says we are paying $97 per hour! Work for few hours and have longer with friends & family^ho64d:
On tuesday I got a great new Lamborghini Aventador from having earned $8752 this last four weeks.. Its the most-financialy rewarding I’ve had.. It sounds unbelievable but you wont forgive yourself if you don’t check it ..Then don’t miss this
~xf64d:
➽➽
➽➽;➽➽ http://GoogleFinancialJobsCash354MarketPaper/GetPay$97/Hour… ★★✫★★✫★★✫★★✫★★✫★★✫★★✫★★✫★★✫★★✫★★✫★★✫★★✫★★✫★★✫★★✫★★✫★★:::::~xf64o…

$8752 does not buy a Lamborghini !
I’m sure if you owned one you would just drive it over a cliff ! 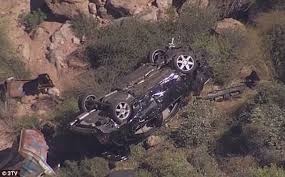 This is positive news. Hopefully both sides are evenly matched, this way the Jihadist infighting will go on and on. Same goes for Idlib and Daraa. Let the trash fight each other !

FSA is a terrorists group, also formed by USA-OTAN-Israel.

It always gets resolved within hours. They hate Bashar so much that indifference will be tolerated as usual

Haha in ur dreams punk!!

I hope they keep killing each other until both sides have only a handful of men left for the SAA to just roll over or to surrender to SAA :DDD

Very good, guys. Just follow up! :) The more the better.