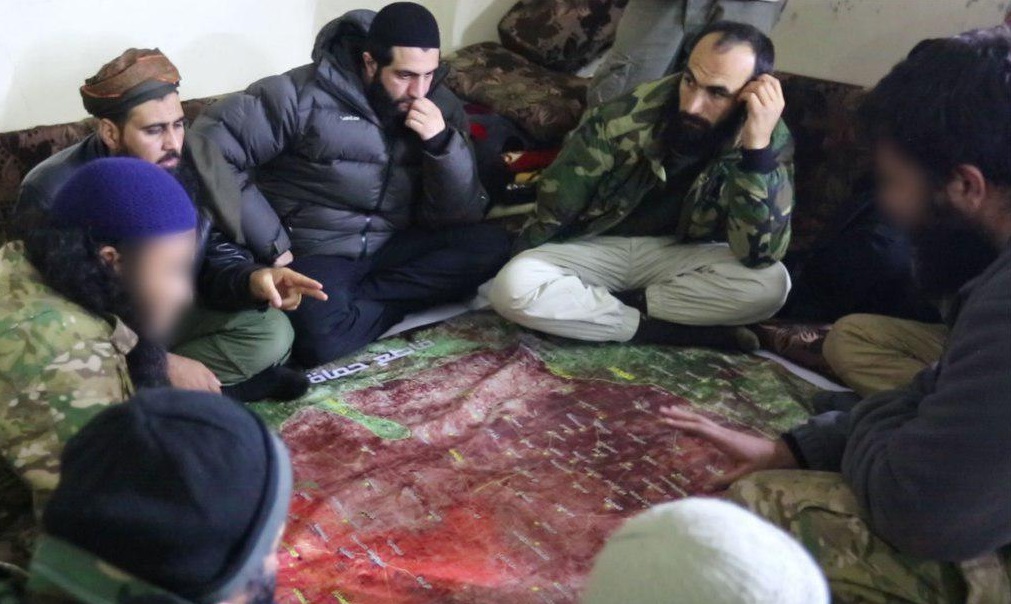 On October 14, Hay’at Tahrir al-Sham (formerly Jabhat al-Nusra; HTS) released an official statement, in which it vowed to continue its “Jihad” [the Islamic term for holy war] against the Damascus government and refused to give up its arms or to ditch its foreign fighters.

“We will not deviate from the option of jihad and fighting as a way to achieve the goals of our blessed revolution, first and foremost to bring down the criminal regime, free the prisoners and secure the return of the displaced to their country … Our weapons are a safety valve for the Sham revolution,” HTS statement said.

The radical group added that it appreciates the efforts of everyone who worked to protect its areas in a clear hint to Turkey. However, it warned from the “maneuvers of the Russian occupier and from trusting its intentions.”

“All the attempts of the criminal regime and its allies will fail and will be defeated, just like every other occupier throughout history,” HTS stated.

This was the first official statement of HTS since the announcement of the Turkish-Russian deconfliction agreement on the governorate of Idlib, which is controlled by the radical group. Local observers said the statement represents the group’s stand on the agreement.

While HTS didn’t deny that it had withdrawn its heavy weapons from the demilitarized area around Idlib, it firmly rejected to give up its arms and dissolve itself. This stand represents a middle ground between the views of the “radical” and “moderate” wings within the group.

HTS’ plan to accept and reject certain parts of the deconfliction agreement will likely jeopardize the entire process, especially that the radical group is determined to continue fighting against Damascus.

I recall this photo, it was taken when Jihadist rats where losing a lot of ground. Look at their faces, they are thinking “oh crap”. LOL

They are pretending that they understand cartography. That’s why they look so weird. Jihadists are all dumbass morons, uneducated monkeys who like to slaughter civilians with machetes, but cartography is too abstract and too complex to understand for them.

Their knowledge ends somewhere between planting IEDs made from dynamite and mobile phone and shouting Aloha Snackbar.

I was born in a pigsty yes. My mother was a Queen from a Northern Kingdom when robbers and murderes entered it and tried to kill the royal family. Some of our best guards and officers took my mom and escaped with her to a weird country in the south while the criminal gang murdered the rest of our royal family. In the southern country our officers left my pregnant mother in a pigsty where the murderes couldnt find her, and there, in the pigsty, surrounded by pigs and warm Chunky, my mother made birth to a Prince, me, who now will go back for revenge and take my Kingdom back. So its not me although you could say its me, but its not me, its my fellows, my hide out for a few weeks, my refugee, so those fellows are not really mine although they looked like mine for some time, they are not mine.

So its not me, although it could have been me, if I had not resisted, and insisted on my real royal secret hidden birth that no one really know of, because of security and the past. But piss warm Chunky is ok.

The only group that complied with the agreement was the NLF and they were the proxy force of Turkey in Idlib. There are still 25,000 heavily armed terrorists including HTS that have not complied. It was Turkey’s job to make them and they failed. I knew this deal was DOA back in Astana.

You are right. Erdoganistan has dragged its feet as always. Putin needs ro rain some lead on the Turkish troops and all this filth even if only for symbolic reasons. Rain some lead on the Turks and leave the red phone off the hook for a few hours.” Oh sorry Mr Er-DoG-an ,phone problem, sorry we mashed up one hundred of your troops. We will ensure it will never happen again”.

He will get the message to move his fkn ass!

As for the other headchoppers ? Who cares? I have no patience with invader-scum. Rain lead on all of them till they the fertilise the soil there and the desert will bloom.

Oh I think everyone knew that. The deal was just buying time to bring in some more air cover – ‘cos that waffle waitress told them if Syria tried to free Idlib the US would bomb Syria. And Lavrov wasted no time telling the world it’s “trial or death” for the Idlib terrorists.

Caption Why am I Mr Pink?

“All the attempts of the criminal regime and its allies will fail and will be defeated, just like every other occupier throughout history,” 1. How will they stop them? they have been losing ground for 3 years straight! 2. Didnt the French occupy Syria? They put Assad’s father into power!

More importantly. The audacity! Turco and/ or Chinese Turkistani invaders calling the Russians “occupiers”and having an issue with Assad!

I would flay their backs just for that comment alone.

“C’mon guys , when we play ‘Paper-Rock-Scissors’ , you’re not allowed to wait to see what the others are going to do. “

HTS is supported by Turkey, and it looks like that Turkey-Russia deconfliction agreement is death already. There is not way, these terrorists must be eliminated, and not to give them a land where they can live to continue their destruction job.

“All the attempts of the criminal regime and its allies will fail and will be defeated, just like every other occupier throughout history,” HTS stated.

Hmm…. and they are “the occupier?” Not exactly the brightest lightbulb in the factory are they.

Why are the faces of 2 guys blotted out?