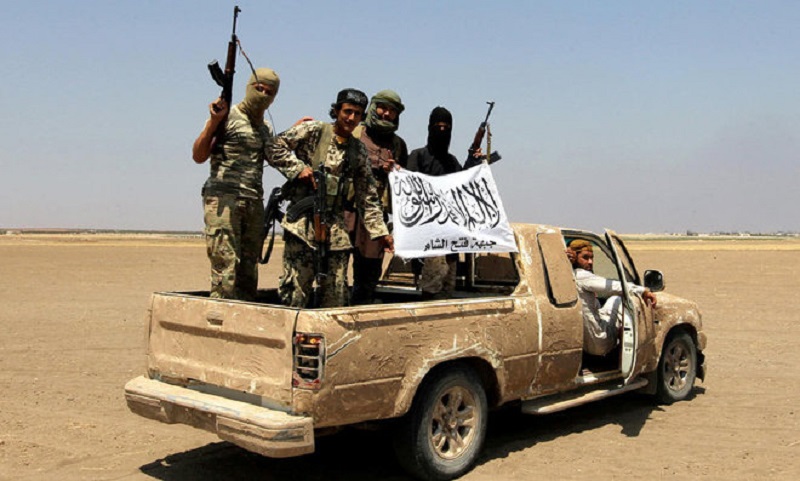 Hay’at Tahrir al-Sham (HTS) has defeated the Nour al-Din al-Zenki Movement and imposed its control of all of its positions in the western Aleppo countryside including the town of Angara, which is considered the stronghold of the Turkish-backed group, the Syrian Observatory for Human Rights (SOHR) reported on January 4.

HTS launched its attack on the Nour al-Din al-Zenki Movement at the beginning of January after accusing the group of assassinating four of its fighters. The Turkish-backed National Front for Liberation (NFL) and the Syrian National Army (SNA) both supported the al-Zenki Movement. However, HTS had the upper had from the beginning.

According to the Lebanese al-Mayadeen TV, more than 200 militants and 20 civilians were killed during the battle between HTS and the Nour al-Din al-Zenki Movement.

After defeating on the Nour al-Din al-Zenki Movement, HTS will likely focus on other Turkish-backed groups in the opposition-held part of northern Syria. The radical group, which was the main branch of al-Qaeda in Syria, is clearly working to expand its influence by neutralizing these factions one after the other while Turkey continue to sit on the side and watch.

The Syrian government most empty all the remain terrorists in the southern part and eastern part of Syrian quick,the most made ready for a good showdown in iblid despite what the Turks said.

Great news, the FSA/NFL are immune to Russian/SAA incursions into their territory, but HTS doesn’t have the same privilege, the more territory they control the better it is for Assad and Putin. The Russians and SAA can come in and smash HTS whenever they like [so long as there’s no Turkish OB post nearby], and hopefully straight after HTS has just made some more massive gains against the FSA/NFL forces.

No, bad news. As long as Al Nusra and the other group with the insanely long name are fighting, they’re not busy attacking SAA lines. The SAA and the RuAF should have been bombing the shit out of Al Nusra, to support the weaker side. Always support the weaker side in conflicts like these, that way it can keep on going indefinitely.

Normally that’s exactly what they should be doing, and the Russians were actually doing it not that long ago [Aug/sept/oct] in the areas around western Aleppo, bombing the FSA even though they were winning against HTS, but like you they decided it would be better to bomb the winning side to even the numbers up, very smart. But this is a little different, in this scenario I think it’s much better for the SAA and Russia to allow the HTS fighters take over as much territory from the NFL as they can, and the more the better. According to the new November Astana agreement, HTS is now listed as a terrorist organization by all parties [Turks included], and are legal targets for any party [SAA/Russia/Turks]. If the NFL holds huge sections of territory when the SAA finally make a move into Idlib, the SAA won’t be able to legally [according to Astana agreement] attack the NFL or any of the territory it holds, they’re only allowed to attack HTS and the areas they control. It’s much better for the SAA/Russia, if HTS takes over even more territory than they hold now, because apart from the fact HTS would be even thinner on the ground than they are now [easier to defeat], it would also mean the SAA/Russia would be able to legally take back any territory they won back from HTS [the more the better], and Erdogan couldn’t object. So in this one particular case, it’s actually better from Assad’s perspective, to see HTS wipe out the NFL completely. But I suspect Erdogan is about to abandon HTS to Assad anyway, I think he’s been separating his forces from HTS for several months now with the intention of abandoning the south of Idlib completely and consolidating his forces to the northern areas. I suspect Putin Erdogan and Assad have all come to some sort of arrangement concerning southern Idlib. I think we’ll find out soon enough what’s in store for Idlib and HTS.