A chemical weapons warehouse of Hay’at Tahrir al-Sham (HTS) located near city of al-Atarib in the western Aleppo countryside exploded in the early hours of April 20, according to Sputnik.

“The warehouse, which exploded, is one of the positions where rocket munitions are armed with toxic chemical materials,” a local source told the Russian news agency and noted that a strong odor covered the entire region following the explosion.

Sputnik said that members of the Western-backed White Helmets organization rushed to the explosion site, where they recovered the bodies of at least six people killed in the explosion. Three injured people were transported to nearby hospitals.

The pro-opposition news outlet, El-Dorar, claimed that the warehouse was owned by a local pharmaceutical company known as “al-Khalil.” Abu Munir, the supposed owner of the company, told the outlet that the warehouse contained “baby milk” only.

El-Dorar said that the explosion, which completely destroyed the warehouse, was likely caused by a heavy improvised-explosive device (IED). However, the outlet failed to explain why would anyone booby-trap a “baby milk” warehouse.

Russia has warned on several occasions that HTS, supported by Western intelligence agencies, is preparing toxic materials in order to stage a chemical attack and blame it on the Damascus government. Such a move could provoke another U.S. military strike against the Syrian Arab Army (SAA).

Suspect terrorist’s amateur chemical munition production went boom from incompetent handling, storage and mixing of chemicals – kinda like when criminal’s amateur amphetamine production goes boom in out in the woods.

This is a real tragedy… NOW where are the poor headchopper infants going to get their Captagon?

Its OK, the British are flying in more ‘medical supplies’ as I write this :)

In hot summers our cows grow bigger and make more milk too. Thats why they have very long legs :)

This must be why babies are always throwing up. :)

Is that why many Danish women have long legs as well, Jens ?

I take this as an admission that al-sham was mixing chemical warfare agents into BABY MILK to distribute among their enemies in order to depopulate them.
We already knew it was a chemical warehouse. Then they admit to also manufacturing baby milk in the same facility. Even in al sham territory, 1+1 still equals 2.

try explaining it to al sham.

Try explaining that to the current and past UK governments of recent decades :)

u could extend that to most euro and north american governments

Yes, that goes without saying, I totally agree. :)

Please dont give babies milk their will explode.

What is the Syrian army waiting for ?
Why havent they cleared Idlib of all the terrorists yet ?
Could it be cause there is no Kurds there anymore to do all the hard work ?
Like they have done east of the Euphrates…
Could it…

The reason is that Russia made and agreement with Turkey not make any military offensive on Idlib because Turkey is protecting its terrorists there and want to keep this area for Turkey nation. Yes, it is part of Syria partition, and Syria will have only 45% of its old land.

a kurd lover no wonder why you have shit4brains moron.

Thats what you make out of my comment douchyface ?

You are as dumb as u look pal, no correction, even dumber than that.
You are dumber than …a bag of wet mice, is what you are…

no brainless is what I make out of a lot of your comments.

Coming from a retard like you, I ll take that as a compliment.

yes shit4 brains take it as a complement. Now go back to the sewers where you belong.

Turkey doesn’t want this offensive to happen and Russia wants to court Turkey away from the US and/or use it to pressure the Kurds away from the US. It’s geo-strategic chess being played here and in the grand scheme of things Idlib does not matter. The Russians set out to save and stabilize Assad’s government. They have achieved their aim. Taking or not retaking the Idlib headchopper reservation is of little consequence in this regard. It sucks for the Syrian troops manning this front, but until Russia reaches a deal with Turkey they will have to continue to wait and fend off headchopper attacks.

It also sucks for Syrians loyal to their State who reside in and are native to Idlib, West & North Aleppo & Homs who await their liberation by the SAA.

I get the impression, and it was even said so here on SF, that Idlib is pretty much diehard pro headchopper. Not a lot of government supporters left there, as most have left the area. Which probably would help explain why this was one of the few provinces to fall entirely into the hands of the headchoppers, Together with Raqqa province.

You know you dont have to pay any fee to type your opinion right ?

Apparently all the battle hardened SAA divisions are on the outskirts of Idlib, waiting for the order since SEPTEMBER 2018. Rumor has it lots are annoyed because they want to goto battle to defeat jihadis/turks and liberate their country. Who else is annoyed that the offensive hasn’t happened yet?

I am sure that the SAA are frustrated, as any loyal soldier’s would be.

However, in this most complex of wars, the US/NATO/Israel are desperate for an excuse to employ their large firepower within Syria. To do this, the Zionists seek to play the role of a victim as they always do.

Idlib will be cleared when the time is right, and very gradually the Zionists are getting weaker. As they weaken, so will their vassals support for terror gangs in Syria and Iraq.

The chemical attack and white helmets is the wests way of attacking both Assadists and Rebels and as an excuse to attack Syria.

So jumping the assad bandwagon doesnt help either and is just as much being a pawn as people say isis are pawns.

lol baby milk! hahaha!
yeah like the intel they get for chemical weapons would be mislead with baby milk!
Morons! Why not just say “hey, u got us fair and square”!

Hell that’s some dam baby milk powder then, exploding like that? Chinese made? Parallels to the Chinese baby milk scandal a few years ago only this time instead of melamine in the powder it was gunpowder. Sheesh food safety in China has hit rock bottom!

Sounds like a russian or similar covert operation.
Or just a major cockup by HTS. 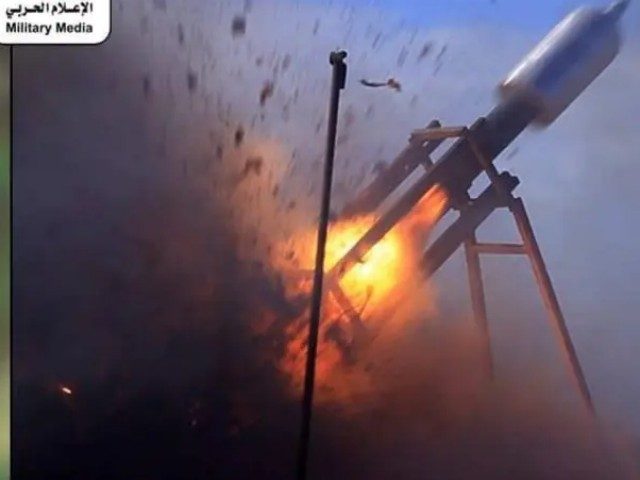