On February 23, Hay’at Tahrir al-Sham (HTS) continued its advance in the heartland of the newly formed Syria’s Liberation Front (SLF).

The HTS-linked news agency Iba’a reported that HTS fighters had captured the villages of A’ajel and Bsrtoni in the western Aleppo countryside. The two villages were initially captured by the HTS on February 21, however SLF fighters reentered them later.

Meanwhile, the Turkistan Islamic Party (TIP) threatened in an official statement that it will support HTS against the SLF and its allies if they develop their attack against HTS. The radical group said that it “will not allow the loss of the gains achieved by the blessed jihad on the land of Sham [Syria] after all of these sacrifices,” according to the Syrian pro-opposition news outlet Enab Baladi.

In response to the TIP threat, the SLF released an official statement in which it praised the role of the TIP in Syria and called on the TIP leadership to be more “fair” regarding the recent crisis in northern Syria.

Observers viewed the SLF statement as a sign of weakness and doubted that the SLF will be able to stand in the face of the TIP, if it decides to intervene on the side of HTS.

The pigs are eating eachother b4 they ll be butchered

Goℴgle is offereing me 97 US dollars hourly to complete few task off a home computer … Work only for just few peroid of time daily & live happy greater time with your loved ones . Any person can get this easy work!!on Sunday I got a gorgeous Mitsubishi Evo just after getting $15617 last five weeks .it is absolutely the best work however you can now not forgive yourself if you do not learn this.!wx743d:⇌⇌⇌ http://GoogleAlphaMoneyMakingSurveys/getpaid/99$/per-hr… ♥f♥♥w♥v♥♥♥y♥♥j♥o♥♥♥a♥♥♥r♥l♥♥♥e♥♥s♥j♥g♥♥n♥♥a♥u♥♥♥f♥♥♥x♥♥z♥i♥♥♥t♥♥k♥s♥u♥♥♥z:!ue081d:lajypx

I always wondered what is an arab news.

“The saudi prince is dating Rihanna”.
“Assad launch barrel bombs on his people”
“Ben Laden managed to hijacked 4 planes and destroyed 3 buildings and hit the Pentagon”

Poor people. Once you give up your brain, you are dead.

No more oil or artefacts to smuggle. No more factories to loot. Their foreign employer are not as generous as they were because of their dismal performance in the fields. They milked the local communities dry … They need money that is why they raiding each others. but what is the use ? You left with few days before you will be rotten flesh at your barrows. No sympathy with you. Even the 72 virgins that your Wahabi Shiekh promised you will not materialised …. You will be left like a plagued animals and that what you deserve.

They have sold artefacts to the west. These artefacts have big values but they sold them for 5 bullets. XD.

Sunnis are the stupidest people on earth. They absolutely don’t know what is valuable and what is not. That’s why the west is using them them as their best ever stupid idiots. 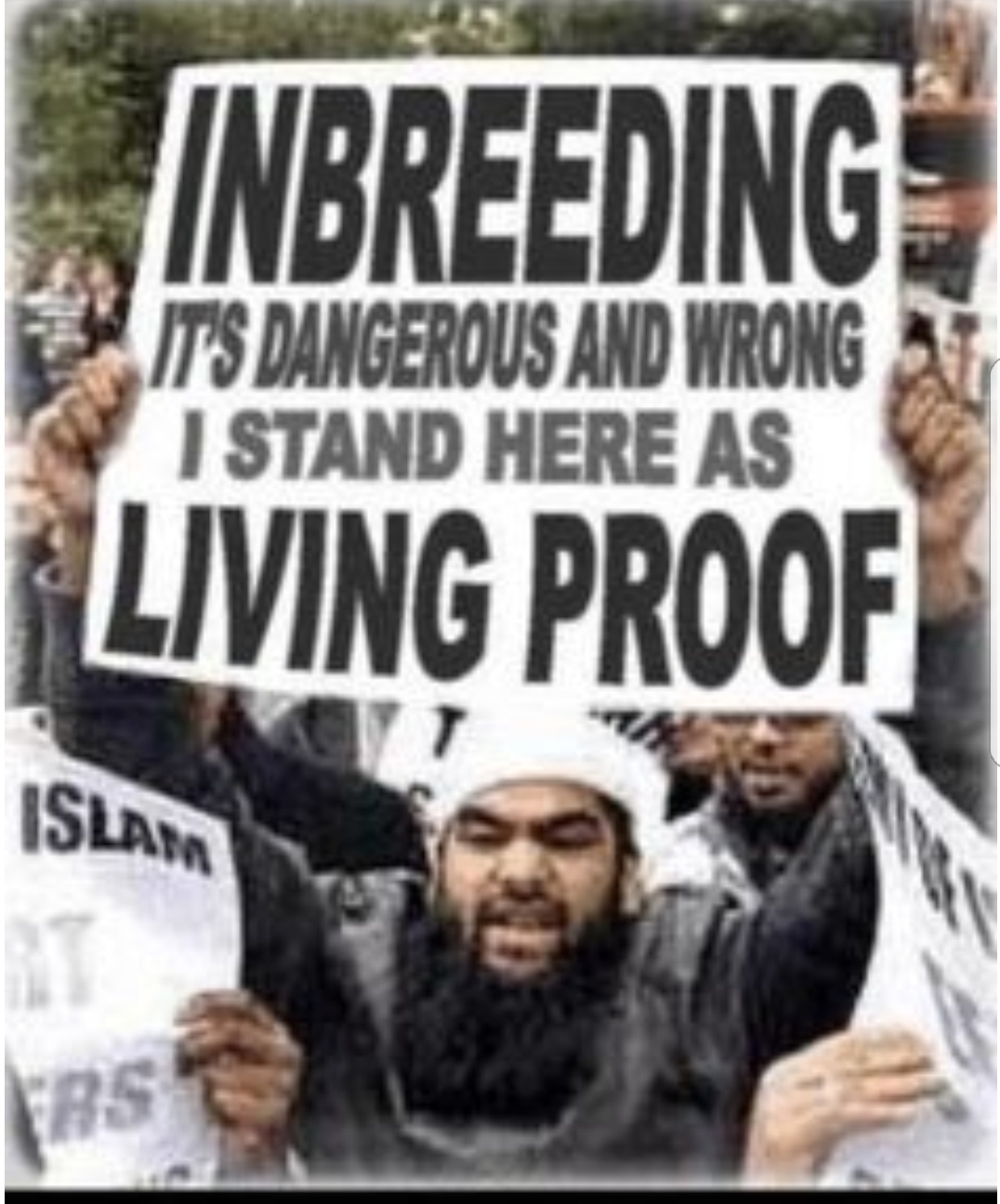 They are not inbred. They are mixed and they want to mix people.

They are mixed, that’s why they lose.

don’t say sunnis are stupid because half of bashar asad army is suny they are the good sunis they are also our muslim brothers man , but the the stupid sunis are the wahabis and salafies and some suni terrorists who gets money from isreal and usa trough Saudi arbia turkey and Qatar they are the one you can call them stupid sunnies and bad sunnies or ( LOSER ) sunnies …

Sunnis are stupid. Period. We see that everyday. People start to be fed up with their stupidity.

Seriously, I started thinking that you are not an idiot, just close to it. Wonder why, even my dog ​​can still learn.

All the aretfacts stolen in Syria will emerge in the west museums.

“We only loose 1/2 of Syria and invaluable artefacts. Thanks the west for helping us. Waw, the civilzed world is so nice”. XD.

Forgive my ignorance but what does XD stand for ?

Lol i thank you

Its more like a face, you have to look 90 degrees counter clockwise.
X are the eyes closed very close and D is the Mouth wide open.

Did you ever notice that the west prevent you to say that sunnis are stupid. I noticed that. The west doesn’t want to to explain to sunnis how they are stupid. So, when there is a “terrorist attack” or 9/11, you have Obama and Clinton or Bush to say that sunnis are nice blah blah blah. Of course, those sunnis know nothing. They think that Obama, Cliton, Bush is helping them but rather they are using them.

The west wants to control sunni narrative so that sunnis stay their useful idiots.

“Don’t criticize sunnis. We need them to advance pour agenda. But, you can criticize Iran for doing …. nothing !!!! Go, Go you sheeple.” XD.

“Those fu…ing, Iranians. Ahmadinejad exposes 9/11 in the UN. Iran exposes ISIS US links. They want to be independent. So, never attack our sunnis slaves and always criticize Iran. We have military bases in Saudi Arabia, Qatar, UAE, Turkey, …. And, thanks to sunnis we invaded Afghanistan. Sunnis are by far our best allies. And never forget that USSR fell when Saudi Arabia dropped oil prices”. XD.

“Thanks to sunnis, we are invading Syria and we are stealing artefacts in Syria and Iraq”.

What’s wrong with you? Please educate yourself, generalization is form of LOT (low order thinking) level. After multiple warning/suggestion, I’m still not dare to call you idiot, it insulting. XD

Like I said so many times, Turkey is doing like the west. Turkey is using the syrian sunni useful idiots.

If you want to succeed, you must do like people who succeed.

Only Russia and Syria want to succeed by retreating. XD.

Same thing as they did in 1939. Took advantage of world chaos to steal Alexandretta (Hatay) from Syria while the world trembled before Adolf and Stalin.

France gave it to Turkey to have Turkey support.

Not the first Franco-Ottoman alliance in history. Didn’t do the French much good a year later in 1940!

France made war against Germany and loose in 3 weeks. XD. Now, France is owned by zionists. XD.
So, no, France is a shit hole country.

“Quick, quick. Save our sunni puppets in east Ghouta. Quick, make a resolution in the UN”. XD.

“But, no need for resolution in south syria where USA is occupying Syria illegally”. XD.

“Also, no need to sanction israel for having stolen the golan Heights. No, give israel 36 billions of brand new ammos so that israel give back the Golan height.” XD.

Obama Hussein is willing to to save FSA in east Ghouta. Oh wait, it’s not Obama, it’s Trump. XD. Oh yes, Trump’s daughter was also worried about Arabs. She asked her daddy to kill syrian soldiers to help the jihadis who made the chemical attacks with west help. So, chere is the jihadi Trump ??? XD.

I laugh. Everything I predicted happen. Trump supporters are just bunch of stupid useful idiots who were thinking that Obama was a memeber of the Muslim Brotherhood. XD.

Evereyday, I see how people are stupid. XD.