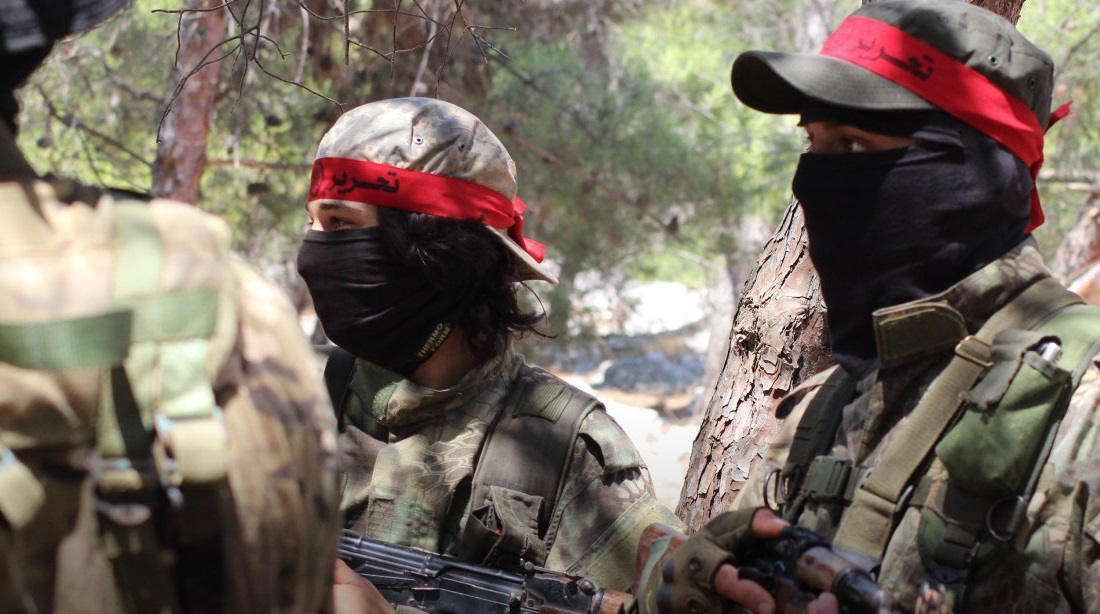 Al-Qaeda-affiliated Hay’at Tahrir al-Sham (HTS) has banned the formation of any new operations rooms or factions in the northwestern Syrian region of Greater Idlib.

The group announced the decision in an official statement released late on June 27, arguing other groups in the region to work in the framework of the so-called the al-Fateh al-Mubeen Operations Room.

“In view of the exceptional military situation in the region, it was decided that:

The al-Fateh al-Mubeenn Operations Rooms was established last year by HTS and prominent Turkish-backed groups in Greater Idlib, including the National Front for Liberation.

The decision to ban new formations in Greater Idlib was promoted by HTS as a step to “unify military efforts” in this area. Nevertheless, opposition sources reported that the decision was meant to dissolve al-Qaeda’s Fa Ithbatu Operations Room that had had a recent fallout with HTS.

HTS’s decision restates the terrorist group’s position of the ruler and law enforcer in Greater Idlib. The group has been attempting to turn the region into its private “de-facto state” since late 2018.

Well I for one was tired of reading about all those “new” “operations rooms” lol, reshuffling the same shit again and again.

Makes the reality on ground clearer too – Idlib is currently a NATO protectorate for al-Quieda affiliated terrorists. This rather makes a mockery of the last two decades worth of NATO claims to a War on Terror.

LOL, whenever you get an alliance with their name ending in “Operations Room”, no matter what the first part of the name is, it means they work with Turkey and not against it, HTS on the other hand don’t work with Turkey, they have a totally different opposition government that they support. All the many reincarnations of the “operations Room” alliances have all said the same thing though, HTS should stop dealing with the Syrian government, that seems to be the common thing they all say. They also all [except for the NFL] refused to accept any of the Astana agreements, and they all attack SAA positions all the time, they also burn out crop fields in government held areas of Idlib, Aleppo, and Hama. But HTS hasn’t been doing any of that at all lately, they’ve actually been acting more like choir boys instead of terrorists, except for when they’re dealing with the Turkish backed terrorists. And as for this bit of misinformation,

“The al-Fateh al-Mubeenn Operations Rooms was established last year by HTS and prominent Turkish-backed groups in Greater Idlib, including the National Front for Liberation.”

HTS didn’t establish any of the Operations Rooms alliances, it was just the Turkish backed groups establishing the ‘Unity” Operations Rooms alliances, and they were established to try and dissuade HTS from doing trade deals with the Syrian government, HTS is winning the hearts and minds of the local Arabs and Turkey doesn’t like it one little bit. As HTS becomes politically stronger in Idlib Turkey’s influence in Syria is undermined, the Operations Room alliances were designed to stop this happening but they’re not getting any results, Turkey’s officially recognized Interim Government is still losing ground to the HTS supported Salvation Government. :]

Go Assad go, sell and buy as much stuff as you can with HTS, starve [politically] the Turkish backed groups out of Idlib and leave yourself just one enemy. :]

Hahahaha nobody gives a shit HTS, SAA and Russian will take good care of you :)))