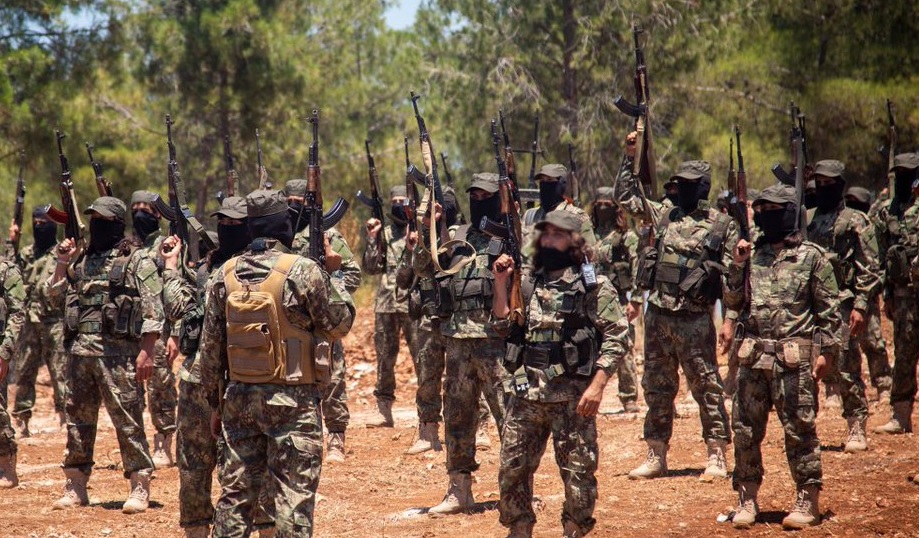 At the afternoon of January 3, Hay’at Tahrir al-Sham (HTS) ambushed and killed 10 fighters of the Turkish-backed National Front for Liberation (NFL), according to the Syrian news outlet, Enab Baladi

The pro-opposition new outlet said that the radical group ambushed the militants while they were on their way back from the frontlines with the Syrian Arab Army (SAA) in the southeastern Idlib countryside.

“Hay’at ambushed them on the highway [between Hama and Aleppo] while they were on their way back from the frontlines,” Mohamad Adib, a co-chairman of the NFL media office, said confirming the incident.

The ambush is a part of the ongoing battle between the NFL and HTS. The battle started three days ago when HTS launched an attack on the positions of the Nour al-Din al-Zenki Movement in the western Aleppo countryside after accusing it of assassinating four of its fighters.

At the beginning of the battle, HTS achieved signfiticant advance in the opposition-held part of the western Aleppo countryside, which forced the NFL to intervene on the side of the Nour al-Din al-Zenki Movement. As a result, the battle expanded to include areas in the governorates of Hama and Idlib.

More than 180 militants and civilians have been reportedly killed so far in this “war of abolition,” which may not end any time soon, according to local observers.

“As a result, the battle expanded to include areas in the governorates of Hama and Idlib.” OMG, did these groups not get the Erdogan memo that this is a Turkish monitored deescalation zone? LOL

Nothing better than Jihadi slaughter in between them

The natural state of Jihadis when there is no common enemy for them to fight. They know they are relatively safe from the SAA thanks to Turkey, so it doesn’t take much for them to turn against eachother.

Turks as always chilling in their observation yurts not doing anything.